Knarr wants to be on board when redevelopment of mall takes place. 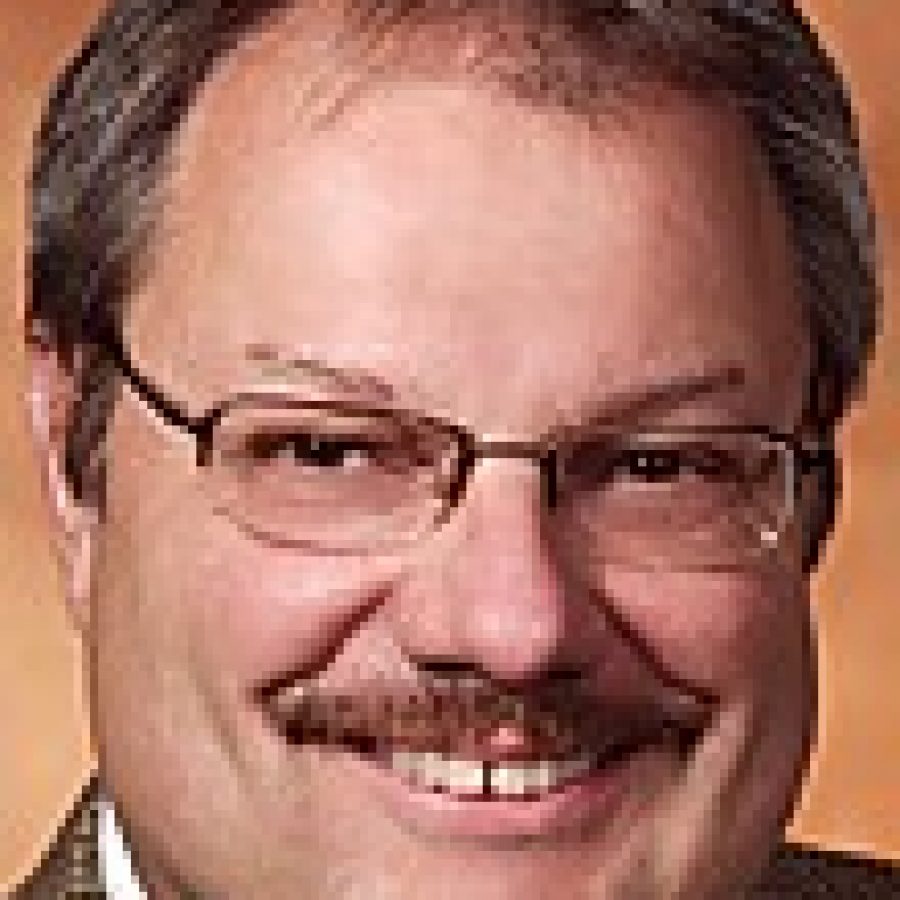 Steve Knarr told a group of fellow Crestwood residents last week that he felt “somewhat of an obligation” to rejoin the Board of Aldermen and complete at least part of the term he couldn’t finish a few years ago.

Four aldermen gave Knarr that chance, voting at the June 14 meeting to appoint him to the Ward 2 board seat vacated by Jeff Schlink when he was elected mayor in April.

The board brought forward Knarr and Deutschmann as its nominees for the aldermanic seat after denying Schlink’s appointment last month of former Crestwood police Lt. Doug Mosby.

Pickel, who contacted Knarr about filling the vacant seat, said the former alderman “has indicated that he wishes to fulfill the commitment to which Ward 2 voters chose him, and I believe his knowledge of architecture, construction and development would serve the city well when it comes to the redevelopment of Crestwood Court.”

Knarr will serve until next April, when both Ward 2 board seats and others are up for election.

Knarr, 57, is an architect with 28 years’ experience. He most recently was employed at Arcturis in St. Louis as a senior project manager specializing in municipal construction projects, according to a resume posted on the city’s website. He was elected to a three-year term on the Board of Aldermen in April 2007. He resigned from the board in April 2008 for personal reasons.

Knarr also has served on a number of city panels. He has been the Planning and Zoning Commission’s architectural representative since February 2010 and also served on the commission from 2002 to 2007.

Before his most recent appointment to the Planning and Zoning Commission, Knarr had served on the Civil Service Board since January 2009.

Before last week’s aldermanic meeting, Knarr spoke before more than 30 people at a Ward 2 meeting led by residents Tom Ford and Jacque Stock.

Besides his desire to continue an unfinished term, Knarr said he wanted to be on the board when Crestwood Court’s redevelopment materializes.

“I think when it happens — and I think it will happen — it will regenerate Watson Road and cause a lot of redevelopment along Watson Road that’s sort of gone by the wayside as the mall has died and the traffic the mall used to generate is no longer there,” Knarr said. “These businesses need traffic to survive and the mall used to be a magnet for that. For 50 years or so, it was our lifeblood and I just think it’s very important that we do all we can to help make that redevelopment happen. I think that’s going to be really important to the survival of the city, and I think we all know that.

“I don’t know if that’s going to happen in the next year or not, but I thought if there’s a chance that it will, I’d like to be here to help participate and do what I can to help the city get the best deal out of the bargain. You know, one of the things when I was on the board I tried to stress with the rest of the aldermen was to sort of steer that development toward more of a mixed-use complex. Obviously we want most of it to be retail; that’s where our sales tax revenues come from. But at the same time I think if you live by retail, you die by retail if the market drops out. Retail can fade whereas other uses like office space or residential could still survive in a bad market and I think the developers have proposed something along those lines …

“And as an architect, that’s my background,” Knarr added. “I feel that I could bring that talent to the city and do what I can to help save the mall and generate the revenue stream for the city.”

Knarr noted he and his family have lived in Crestwood since 1992.

“I still think it’s a good place to live and it’s a good place to raise kids, which is why we moved here, to get the kids into the Lindbergh School District. We couldn’t afford to put them in private schools in the city so that was one of the attractions Crestwood offered us as well as affordable housing and great parks and amenities,” Knarr said. “So I want to see that continue, and I’d hate to see the city become sort of second-class because of the loss of retail.”

At one point during the ward meeting, former Ward 2 Alderman Tim Trueblood asked Knarr for his opinion about the community improvement district and 1-percent CID sales tax at Sappington Square.

Aldermen have debated since last fall whether to continue the CID through a new development agreement with Pulaski Bank, which bought the Watson Road property after it foreclosed on the previous owner. The board last month tabled the second reading of the ordinance approving the agreement until an unspecified date.

“I think from a philosophical standpoint, I think that center really needs help,” Knarr said. “It’s changed hands already once, and the occupancy is terrible. And I think to be a good partner with the developer and help them get that center on its feet and moving, I think the city needs to participate in some capacity. Now, I don’t know the details of the current agreement being proposed but  it’s my understanding that the developer, or the owner, is seeking the same assistance as the original owner, and I would tend to look at that pretty seriously to see if there’s some way we can compromise to make that happen.

“My fear is this is sort of a test case for us, and if we become too aggressive with trying to avoid these tax incentives, I’m afraid we’re going to put out this message that we’re not developer-friendly or we’re going to chase developers off, which is the last thing the city needs to do if we want revenue from developers. And my fear also would be that it could damage the mall developers’ credibility and ability to bring top-notch tenants into the area if that message is sent. So I’m not saying we need to agree to the same terms that were originally offered but I think some tax assistance would be a good idea to help assist them in getting things moving.

“ This is a city that relies on sales tax. Let’s face it — if it weren’t for the mall, this city wouldn’t be here,” he said. “So I think it’s very difficult  and especially in this kind of economic climate  to want to walk away from those sorts of agreements without at least some negotiation to assist developers in getting projects moving.”

Deutschmann, 83, is retired. He has lived in Crestwood for more than 50 years, frequently attends and speaks at aldermanic meetings and is active with the Knights of Columbus and his church, St. Elizabeth of Hungary.

He ran unsuccessfully in April 1998 for a Ward 2 seat on the Board of Aldermen, losing by less than 50 votes to Gary Vincent. He served on the Planning and Zoning Commission from 1968 to 1969.

Miguel said he asked Deutschmann if he’d consider serving on the board.

“And I got what I feel was a typical Bob Deutschmann response. (He said) ‘Jerry, whatever it takes to make this city move forward. We’ve got to get the city moving forward.’ Bob was basically saying that he will do whatever is in the best interest of the city,” Miguel said.

“ I think everybody on this board knows Bob Deutschmann. He’s been at meetings. He often makes comments and suggestions to the board. I believe Bob is objective, speaks to the issues — when he does speak — comes straight to the point and comes to this board with no agenda other than to do what’s in the best interest of the city,” he added. “ As you heard, he’s represented the (Knights of Columbus) and works in programs to help the needy. In summary, what I’ve heard over the past few years is that Bob Deutschmann is a highly respected individual in this community ”

Deutschmann said he first became involved with city affairs in the late 1960s and estimated he’s missed only 15 board meetings since then. He said he’d continue to show up regardless of whether he was appointed to the board.

“I can still come to this podium,” Deutschmann said at the ward meeting, knocking on the lectern in the board chambers, “and state my case.”