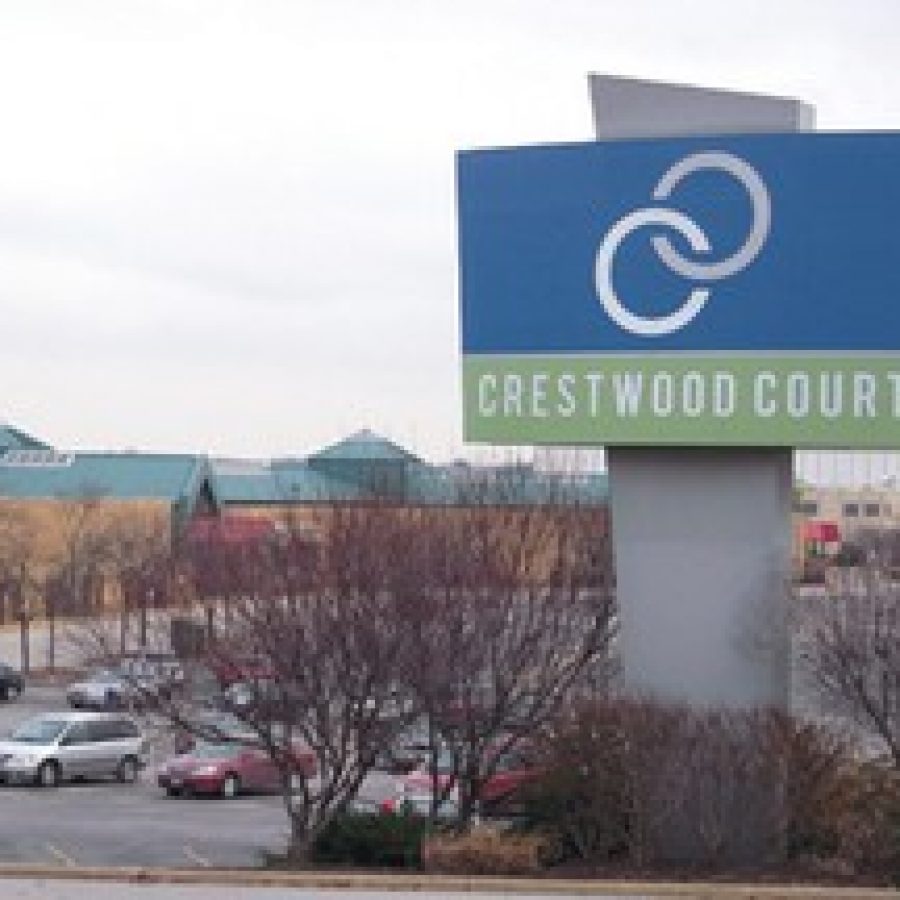 The Crestwood Board of Aldermen voted last week to approve a preliminary funding agreement with the owner of the former Crestwood Plaza to help defray costs associated with the potential redevelopment of the mall.

Board members voted 7-1 Dec. 9 to adopt an ordinance approving the agreement between the city and Crestwood Missouri Partners LLC, a subsidiary of Chicago developer UrbanStreet Group, which owns the 1.5-million-square-foot, 47-acre mall property at Watson and Sappington roads. Ward 3 Alderman Paul Duchild cast the dissenting vote.

The Board of Aldermen also voted 7-1 to adopt an ordinance approving a $73,000 agreement with Peckham Guyton Albers & Viets, or PGAV, to serve as the city’s planning services consultant for the proposed redevelopment project. Duchild cast the dissenting vote.

In September, Mayor Gregg Roby told the city’s Economic Development Commission that UrbanStreet Group was getting close to presenting a proposal to city officials, perhaps before the end of the year.

UrbanStreet purchased the mall property from Chicago-based Centrum Partners and New York-based Angelo, Gordon & Co., which owned the majority stake in the site. Centrum and Angelo, Gordon bought the mall in 2008 for $17.5 million from Westfield Group, which bought it in 1998 from Hycel Properties for $106.4 million.

Centrum and Angelo, Gordon put the mall property up for sale on the auction website

The funding agreement with Crestwood Missouri Partners LLC will provide Crestwood with $45,000 “to be used as preliminary funding for costs and fees incurred by the city …”

If Crestwood Missouri Partners is selected by the Board of Aldermen as the developer for the proposed redevelopment of the mall, the company would make an additional payment of $55,000 to the city, the agreement states.

Duchild said, “ First off, we were led to believe earlier this year, over the summer, maybe, that there’d be a proposal from the current owners of the mall for a redevelopment proposal by December of this year. Can anybody address the status of that proposal?”

City Administrator Mark Sime said, “ As the mayor has said a few times, that the developer is still working on his plans and he had said that he would not bring forward (a proposal) until we had a planner in place. And these are the first steps to bring the planner in place ”

Duchild asked, “Did he put that in writing, by chance, or just verbally?”

Duchild said, “Just a verbal statement  Again, that still is odd to me, but that’s OK.”

Roby said, “ It is a pretty standard procedure and the reason being that when the developer brings his plan to the board, he’s looking for the board to immediately take that plan and begin evaluating it. And the reason that he made that request was because he didn’t want to go through the submittal and then have to wait two months or whatever it took us to put out an RFP (request for proposals), get those responses back and then get a person on board.

“So this is a pretty standard procedure, quite frankly, in the development process.”

Duchild later asked when the developer would bring forth a plan for the redevelopment of the mall.

A city ordinance outlines the next steps in the process, Sime said.

“What happens next is that we approve the funding agreement. We approve PGAV as a planner and then we have a city ordinance that says the next step is for the city to send out an RFP requesting proposals,” he said. “I must advertise for 30 days, and at the end of that 30-day period, I must leave the window open for responses no less than 30 days, no greater than 90 days, for us to receive responses.

“Then we take those responses and evaluate them, and choose a developer to develop this property for the city  The shortest time that we are looking at right now, if everything was approved and signed tonight, we still have to bring the planner on board, develop the RFP, submit the RFP for 30 days — another 30 to 90 days for the window to receive proposals. So we are still approximately four to five months out from having a proposal to review and approve.”

City staff recommended the board approve PGAV as the city’s planning services consultant, as it is “the most qualified firm and the charges to be paid are reasonable under the circumstances …”

The hourly cap amount is for “TIF (tax-increment financing) and other revenue analysis and cost-benefit analysis,” according to PGAV’s response. Hourly fees range from $200 for the firm’s vice president/senior consultant to $90 for administrative/technical assistance.

On Oct. 28, the Board of Aldermen reviewed a request for proposals, or RFP, for a planning consultant to assist city officials with the potential redevelopment of the mall property. Sime issued the RFP on Oct. 30, with responses due Nov. 21.

During the Dec, 9 meeting, Sime said the city received five responses to the city’s RFP for a planning services consultant. Duchild asked the city administrator to discuss the process by which staff recommended PGAV.

“ The process that we went through was we got the proposals. We determined independently — the director of public works, the project manager and I — independently looked at them and we disqualified two,” he said.

“And then (we) looked at the other three, at the proposals and what they would be providing to the city, and we chose PGAV. And they also happened to be the lowest-cost proposal.”

PGAV, which consults nationwide, has served as Crestwood’s planning consultant since the early 1980s.

When Centrum owned the mall with Angelo, Gordon & Co., the companies proposed an open-air entertainment and retail venue with restaurants, a movie theater, an upscale bowling venue and retail shops. Centrum requested $34 million in public subsidies for the $121 million redevelopment project, including $26.6 million in TIF assistance.

PGAV performed a preliminary analysis of Centrum’s proposal. However, after aldermen rejected a more in-depth study — a precursor to sending the redevelopment project to the St. Louis County TIF Commission — for the third time in July 2013, PGAV withdrew its proposal.

In a letter to then-Mayor Jeff Schlink, PGAV Vice President John Brancaglione wrote that the company did not want to be associated with any more negative votes against the redevelopment project.

But at each PGAV rejection, board members who voted against the study noted they did not vote against PGAV, but were instead registering their discontent with Centrum’s proposal.