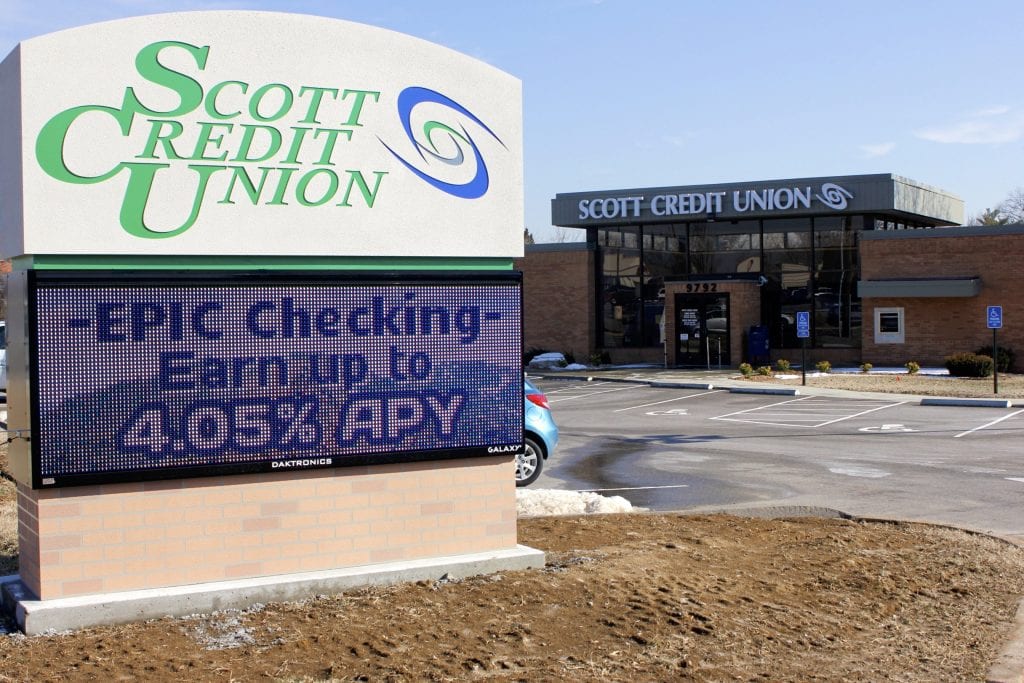 Zoning rules around electronic messaging centers can be a divisive topic in Crestwood, so an ordinance was created recently to regulate the building materials for EMC bases.

The ordinance, which was recommended for approval by the Planning and Zoning Commission March 2, would limit accepted EMC base materials to masonry — stone, rock, brick, marble, or granite — that is coherent with the primary structure. Some commissioners said the change could lead to a monotonous atmosphere in the city.

The Board of Aldermen heard the proposal March 23, and several issues were raised with the wording and potential impact of the ordinance.

Ward 3 Alderman Scott Shipley put together a presentation highlighting some potential complications with other parts of city code. In the current code, drive-thrus and pole signs are exempt from some of the rules, but the new ordinance did not exempt them from the new materials rule.

Shipley also referenced a conversation at the planning meeting where a commissioner asked if applicants could apply for a variance for other materials. The city attorney in attendance quoted a part of city code which states “Variances will only be granted for the size, location and number of signs.”

“My interpretation is that I don’t think we can even appeal this. I think we are all going to be living with masonry-based EMC signs,” Shipley said.

Shipley said life would go on if the ordinance passed, but the board should consider sending the ordinance to city staff to implement architectural review in the planning commission’s process.

Several aldermen agreed with Shipley’s sentiments, highlighting the same idea of monotony mentioned at the planning level. The overall feeling was that someone could pick out which signs would look good in the city, but it would be difficult to put into words. City Administrator Kris Simpson said he could see adding the review to the planning commission’s responsibilities instead of attempting to establish criteria for EMCs the city would like.

“Maybe we tap into the aspect of the Planning and Zoning Commission to serve as an architectural review board just for EMCs,” Simpson said. “They could consider the design of the EMCs on a more case-by-case basis. It could give the opportunity to engage in more back and forth in terms of design.”

“A lot of businesses, especially if they are a franchise or chain, have their own plans that have to be redone for various reasons … but this one seems to be too burdensome,” Sebben said. “(Non-masonry work) gives businesses the option to go with what their other franchises want and something that is aesthetically pleasing, just not masonry.”

Fellow Ward 4 Alderman Tony Kennedy — who faced Nicholas Ranciglio for reelection to the Ward 4 seat April 5 after The Call went to press — disagreed with Sebben about the burden the ordinance could create.

“I think the aesthetic of the city is more important than the business spending a little extra to make the sign look good,” Kennedy said.

Kennedy said in the past applicants have said the signs would bring in extra revenue, so he suspects it wouldn’t be an issue if it cost a little more for them to comply with city code.

The board voted unanimously to send the ordinance back to city staff to rework it.