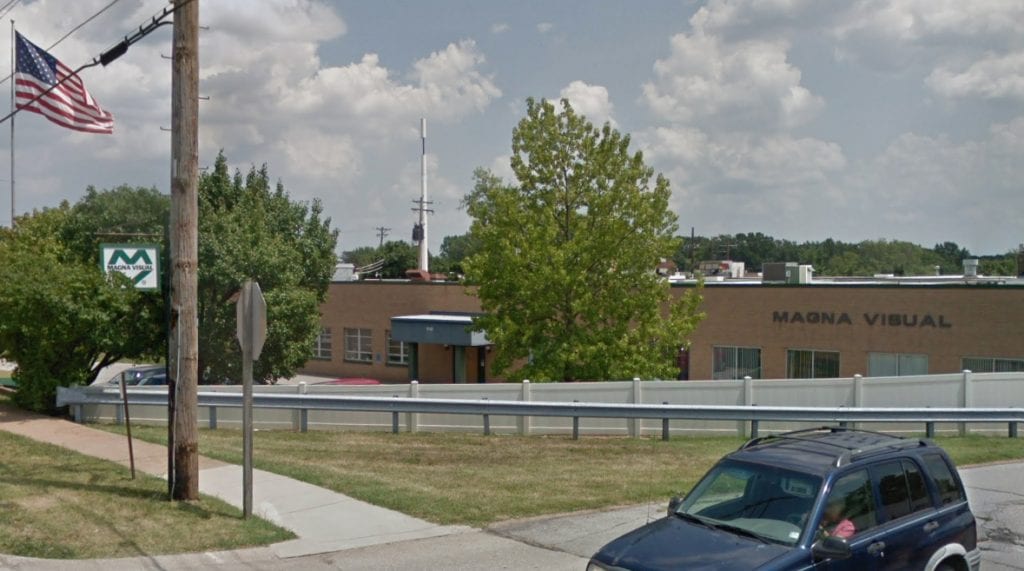 The Crestwood Board of Aldermen recently voted unanimously to approve a settlement agreement with a business owner whose property was rezoned by the city last September.

Aldermen voted during a Jan. 23 closed session to approve the settlement agreement with William Cady of Cady Properties.

The property, currently up for sale, has been home to Magna Visual since the mid-1990s, according to City Planner Adam Jones.

Under the terms of the settlement, city officials agree to return the site’s zoning to M-1 Light Industrial no later than May 1.

In exchange, Cady acknowledges that returning his property to its original zoning “represents full and complete satisfaction of any and all claims” against the city, according to the agreement, which also stated, “The parties acknowledge that no other consideration has been or will be furnished or paid in connection with this release.”

Jones had proposed several rezoning requests on Watson Road and Pardee Lane that were designed to bring the properties into compliance with the city’s first-ever comprehensive plan that was adopted last year.

City Administrator Kris Simpson told the Call last week, “We sent out notifications and posted signs and everything that we were doing these rezonings, and never heard anything.”

The agreement also stated that the city denied Cady’s claims and allegations, “including specifically that he did not receive notice of the September 2017 rezoning and has asserted various defenses to Cady’s claims.”

To avoid the costs, hazards and risks of litigation, Cady and the city “have agreed to fully settle all claims that either party has or may have against the other relating to or arising from the September 2017 rezoning,” according to the pact, which also stated, “The parties agree that this settlement is the compromise of disputed claims, and that their respective agreements expressed herein are not to be construed as an admission of liability on the part of Cady or the city.”

Simpson said, “The owners of Magna Visual, they contacted us after the rezoning had occurred and were somewhat upset by it. So after conversing with them and amongst the board, we decided to go back on the rezoning …We’re beginning that process of going back to his prior zoning.

“That was the specific request of the property owner, and he did say that if we didn’t do it, they threatened some legal action. And we said, ‘If we agree, then we want you at least to release all claims you feel you may have.’”

On Sept. 6, the city’s Planning and Zoning Commission voted to recommend the Board of Aldermen approve the city’s rezoning requests for 9030 Watson Road and 9400 Watson Road to C-1 Local Business from M-1 Light Industrial.

In a Sept. 5 memorandum to the commission, Jones wrote, “The city of Crestwood has petitioned for the rezoning of several properties as part of a citywide initiative to enforce the ideas and concepts of the recently adopted comprehensive plan. The Watson Road Corridor was identified as an area that would be better purposed if used for commercial and/or mixed-use purposes instead of manufacturing.”

Magna Visual manufactures planners, changeable kits and activity magnetic and non-magnetic dry-erase boards and magnetic cardholders and accessories, according to the company’s website.

Regarding the rezoning request for 9400 Watson Road, Jones said this request was “the most important one” that he was bringing forth that evening.

“… When you look at the zoning map, it makes absolutely no sense that there is a manufacturing parcel hung out there in the center of the corridor,” he said. “As I’ve stated, if you were to go through (Code Section) 26-401 and look at the amount of permitted and also conditional uses that are allowed to inhabit or rent or own that parcel, it doesn’t make sense to the corridor, what we’re trying to create in Crestwood and it also is out of compliance with the comprehensive plan …”

In his memo, Jones noted that the comprehensive plan provides an outline for the future use of 9400 Watson Road as “Core Commercial.” Such uses include large retail centers, big-box stores, standalone retailers, small retail strip centers, auto dealers, restaurants, hotels and entertainment venues, among others.

Commission Chairman Robert Sweeney asked Jones, “… The current tenant is aware of this? You’ve actually spoken to them and they’re not here? Well, I will ask if anybody’s here.”

The city planner replied, “So Cady Properties is the owner and Magna Visual’s the current tenant, and I spoke on the phone with Magna Visual, who said that they were contacting the ownership group.

“And the ownership group did receive a letter in the mail, as well as anyone within 300 feet (of the property).”

Ward 4 Alderman Tim Anderson asked, “… So if this change were to come about, would that have any impact on their ability to, the tenant’s ability to continue in that business?”

Magna Visual would become a nonconforming use, Jones said, explaining, “Not to continue in that business, but it would have an impact if they decided to stay and they wanted to expand. And if they ceased business for 180 days, they wouldn’t be able to continue. They would not be able to expand and then they also would not be able to transfer those rights to manufacture to another property within Crestwood if it’s not M-1.”

At the same meeting, the panel tabled Jones’ request to rezone 8615 Pardee Lane to C-1 Business from M-1 Industrial after the property owners opposed the proposal in a letter to Jones.

The following month, the Planning and Zoning Commission agreed to pull the rezoning request for 8615 Pardee Lane after one of the property owners, Mike Raeber, voiced his objections to the panel.

On Sept. 26, the Board of Aldermen voted unanimously to adopt ordinances approving the rezoning of 9400 Watson Road and 9030 Watson Road.

Cady was unavailable for comment before the Call’s press time.