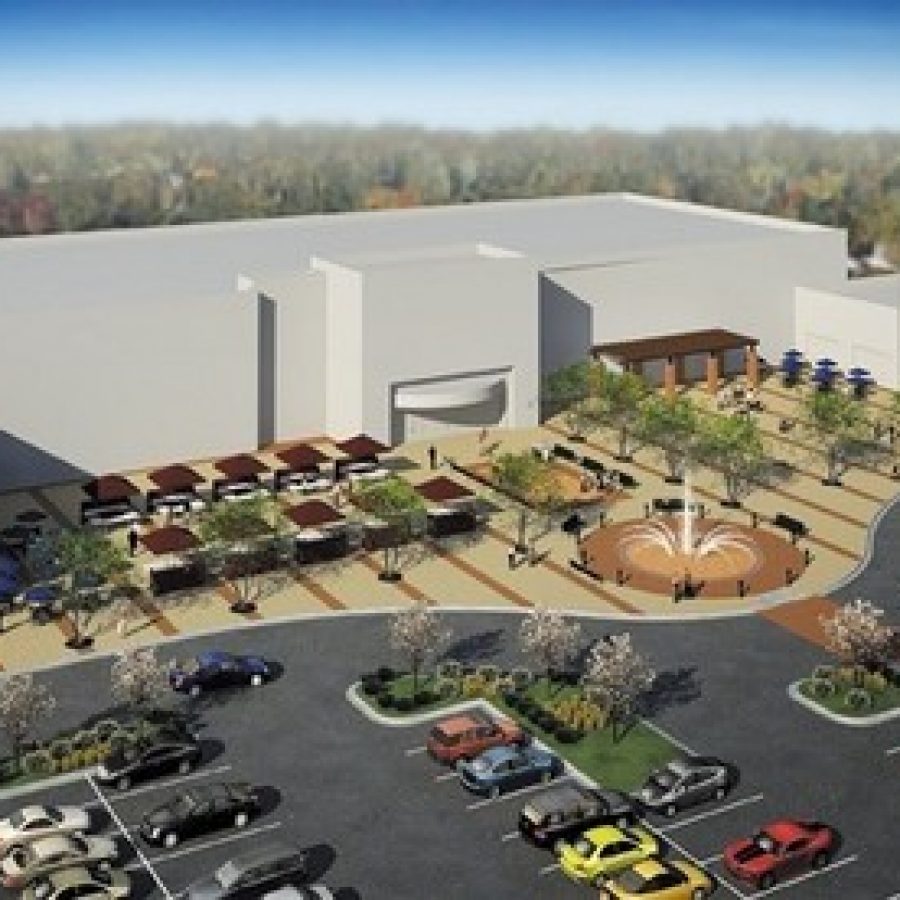 The second and final reading of several measures granting approval to Chicago-based UrbanStreet Group’s proposal to redevelop the former Crestwood Plaza are set to be considered next week by the Board of Aldermen.

The Board of Aldermen will meet at 7 p.m. Tuesday, March 22, at the Government Center, 1 Detjen Drive.

UrbanStreet, which purchased the 47-acre mall site at Watson and Sappington roads for $2.265 million in 2014, is proposing a $104.3 million mixed-use redevelopment of the property.

The city’s TIF Commission voted Feb. 10 to recommend approval of TIF assistance for the project.

Aldermen voted unanimously March 8 to give initial approval to a series of measures to approve the redevelopment project and tax incentives.

“… We’ve written into the redevelopment agreement that demolition of the mall must begin within 90 days. So you should all start to see activity there shortly, provided the board approves,” he said. “The project must be substantially completed within 36 months. If the developer builds nothing, they get nothing. They’ve got to demolish the mall and build at least 120,000 square feet (of retail space) before any reimbursement takes place. The developer may only be reimbursed from new revenues generated by the project, and the city’s not on the hook for any obligations related to this agreement at all.”

In addition, Simpson said, “We successfully negotiated for $1.5 million to be used for the removal of the Watson Road medians. This has been a long-standing complaint from our business community. Removal of these medians will instantly increase the economic potential of the sites all up and down Watson …”

“… Should any non-senior housing be constructed, the agreement requires pass-through of the taxes to the school district …,” the city administrator said.

“… We firmly believe that this property defines blight. It defines why we’re here this evening discussing and requesting these incentive packages …,” Burk told aldermen last week. “As we’ve stated since the outset, we believe that this site has extraordinary costs to get it into a developable state, starting with demolition of existing buildings and the blighted situation that exists there.

“We’ve got extraordinary topographical issues over there. Stormwater management that is nonexistent on that site is going to require a massive amount of work …”

Regarding the impact of the incentive packages, Burk said, “It’s an incremental package. So the city and the taxing districts that are involved in this are going to give up a portion of potential incremental growth. They’re in no worse of a position than they are today, and that’s the critical thing …”

But Lindbergh Schools Chief Financial Officer Charles Triplett noted at the Feb. 10 TIF Commission meeting that UrbanStreet successfully appealed the 2014 assessed value of the mall property and is appealing the site’s 2015 assessed value.

In a departure from past practice, speakers at last week’s board meeting were limited to three minutes with Director of Public Services Jim Gillam timing them and issuing a warning when 30 seconds remained.

Resident Martha Duchild said, “… When UrbanStreet chose to buy the mall, they were fully aware of all of its challenges. It is not the city’s responsibility to mitigate their risk. UrbanStreet has taken care of that by establishing LLCs (limited liability corporations) as owners of the mall. What protections are in place for our taxing districts, including Crestwood? For the record, I am opposed to tax abatement for this redevelopment project, especially given the plan’s lack of substance and the inducement this 353 would provide for the developer to flip all or some of the property …”

Former Ward 2 Alderman Tim Trueblood, who served as TIF Commission chairman, asked, “… Is there a risk to the city of Crestwood if the city approves or grants UrbanStreet a TIF or 353? …”

Roby said, “… I hope that answers your question, sir.”

Trueblood said from his seat, “So there is no risk?”