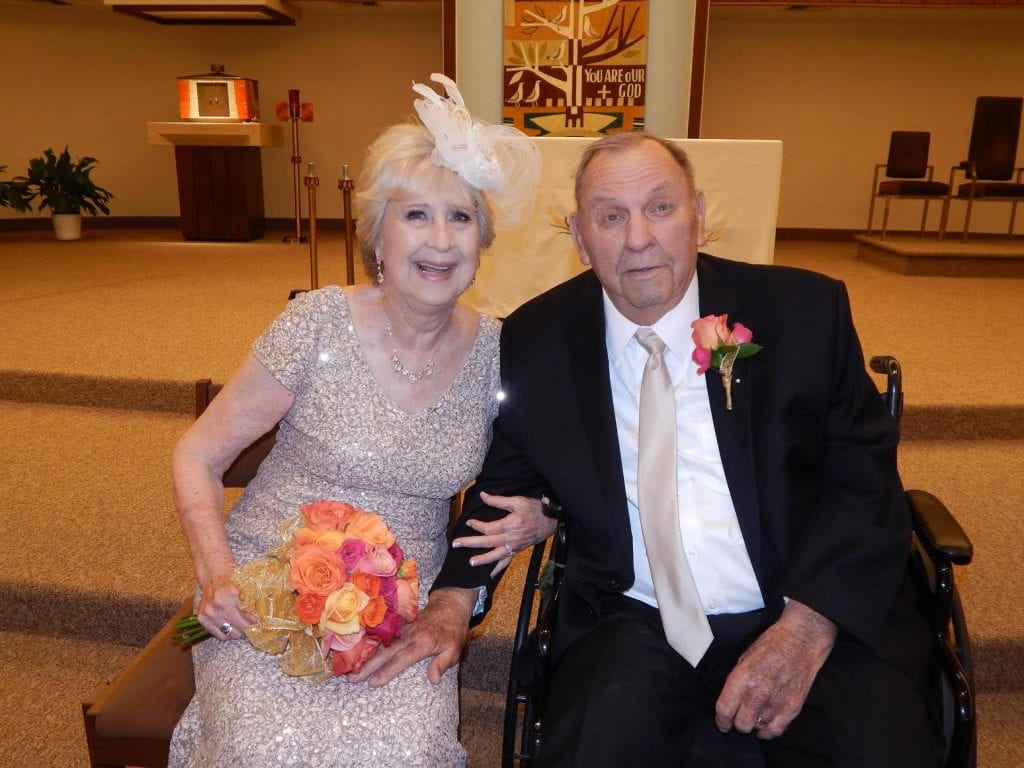 It was just like any other wedding, except the groom, 80, and the bride, 82, met during their time together at Sherbrooke Village, an assisted-living center in Lemay.

The pair met when they sat at the same dining table and started playing the card game Skip-Bo together almost every day.

“We sat at the same table in the dining room and we played cards every day,” Norm said. “And I finally got up the courage to wink at her… I wasn’t looking, she wasn’t looking, it just happened. She’s a pretty lady.”

The couple was wed by Father Dennis Port. Married opera singers David and Mandy Koch performed with David’s mother Janice on the piano.

“It was just beautiful, the songs they sang,” Norm said.

The first reading was from the book of Sirach, the second was the reading of St. Paul to the Romans and the third was from the Gospel according to Matthew.

Norm has five children, three sons and two daughters, as well as 11 grandchildren, and Jean has three daughters and four grandchildren. Norm’s eldest son was the best man, and Jean’s eldest daughter was maid of honor.

The couple held their reception at the assisted-living center where they met. They spent their honeymoon at the Four Seasons Hotel at Lumiere Place and went to see Celtic Woman at the Fox Theatre.

The couple still spends their days together at Sherbrooke Village and, despite Norm’s bad leg, finds time to do important things together.

“We go to church together every Sunday,” Norm said.