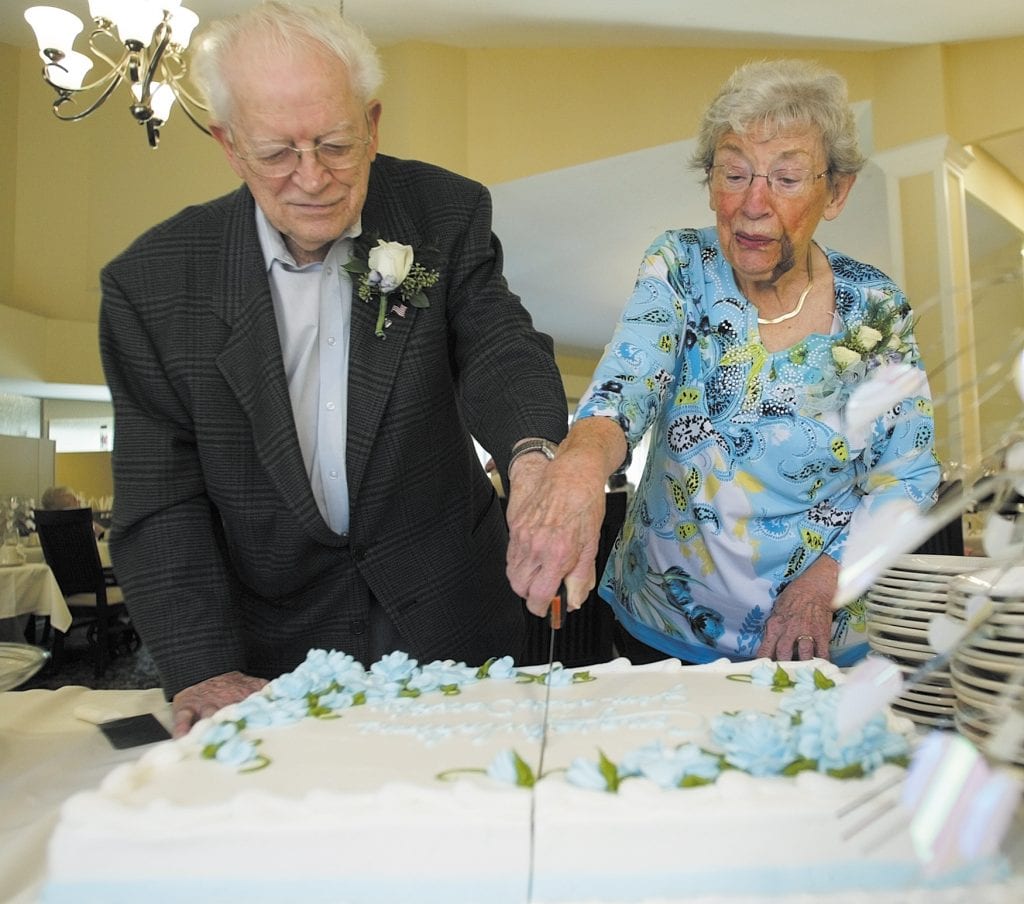 Bethesda Terrace residents James and Dorothy Kargus cut the cake during a reception in honor of their wedding.

By Bill Milligan, For the Call

Bethesda Terrace in Oakville recently was the scene of a joyous occasion celebrating the wedding of residents James “Jim” and Dorothy Kargus.
The couple, who were married about two months ago, met playing cards at the independent living community and fell in love.
“I chased him until I caught him,” Dorothy said at the reception, attended by family and friends, marking her marriage to Jim.
“We play pinochle twice a week,” Jim said, noting that Bethesda officials decided to host the reception for the couple after learning about their marriage.
“My heart is overflowing with all the love I feel in this room,” Dorothy said.
Dorothy, 88, was born in Oakville and spent her life in South St. Louis, where she helped her first husband, Earl Krehbiel, operate Krehbiel’s Market in the Carondelet area.
He was the third generation proprietor of the store.
Jim, who just turned 88, lived in Lemay before moving into Bethesda Terrace. He spent 47 years as a sign painter, first with Kargus Sign Co. and then with Piros Signs.
“I was a wall dog,” Jim recalled. “I painted billboards, smokestacks and I did lettering on office windows.”
Today, Jim said he likes to paint canvases, adding that he and his wife enjoy living at Bethesda.
And what moved them to marry?
“He’s always asking me why I love him,” Dorothy said. “I say because he’s such a good person. I tease the life out of him.”
“She’s very kind,” Jim said. “She makes me laugh.”
One of the family members attending the reception was Dorothy’s daughter, Peggy Hassler, who serves on the Mehlville Board of Education.