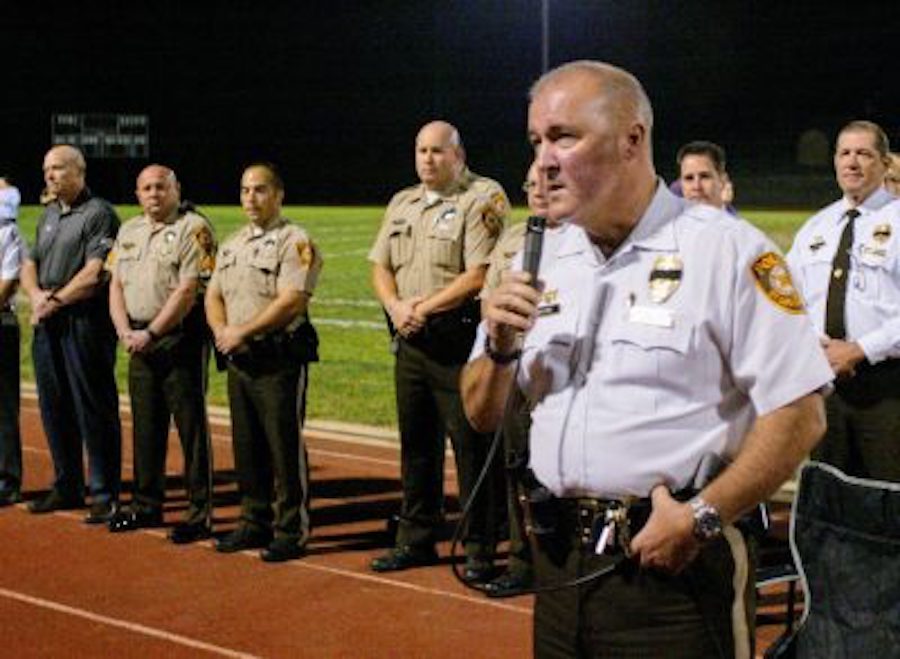 St. Louis County settled a discrimination lawsuit filed by an Oakville police sergeant Feb. 10, going into a debt that taxpayers will be paying off for the next 30 years.

In a case that made national headlines, now-Lt. Keith Wildhaber said he was told to “tone down his gayness” and passed over for promotion 23 times because he’s gay.

After an October jury trial that focused on the words and actions of top police command staff, a county jury awarded Wildhaber $20 million.

Oakville resident Wildhaber will get two-thirds of the $10.25 million settlement, with his attorneys receiving the rest. Belmar promoted him in December to lieutenant and as the head of the newly created Diversity and Inclusion Unit.

“Yesterday was a historic day in county government and one that will measure both the past and the future,” Page said in his county executive’s report at the County Council meeting Feb. 11. “While we cannot control the past, we can embrace the future and shape it in a way that is inclusive to everyone who lives and works in St. Louis County.”

Page said of the settlement, “The settlement agreed to yesterday was fair to Keith, it’s fair to the taxpayers and acknowledges what Keith survived in the Police Department. We did not believe that an appeal was likely to succeed.”

The county does not have high reserve funds other than the pot of money from Proposition P, which is designated for “police and public safety,” mostly police raises. Page pledged not to pay the settlement out of Prop P funds and directed his budget director to find an alternative. The sales tax took in more than $51 million total last year, more than projected.

Instead of paying the settlement outright, the county will take out bonds to pay it back over 30 years, Page said. His office released a timeline of the case that said that Wildhaber’s attorneys had approached the county in April asking to settle the case for $850,000 and Wildhaber’s immediate promotion to lieutenant, but county officials didn’t respond back.

Without the settlement, Wildhaber and his attorneys never would have seen the full $20 million due to state laws placing limits on punitive damages in jury verdicts. It is estimated they would have received roughly $12.75 million from the original verdict, with the rest going to the state. The county would have also had to pay interest penalties of several hundred thousand dollars for not paying Wildhaber directly after the jury verdict.

County officials at the time felt they had a strong case, since even if the discrimination happened, Missouri law does not prohibit discrimination due to sexual orientation. Page asked Missouri legislators to change the law last week.

Although Page and new County Counselor Beth Orwick criticized the arguments made by prior attorneys in the case, the county’s appellate attorney Lewis Rice made the same argument in new filings last fall.

The County Council authorized spending $225,000 on outside attorneys for appeal.

And now Page wants the council to take out bonds to make the payments to Wildhaber, with smaller payments due each year on a 30-year bond.

The county is self-insured but has coverage for large claims and will file an insurance claim, Page said. Any money received from the insurance claim could either pay off the bonds faster or reimburse the self-insurance fund the money it already paid on the settlement.

The first installment of the settlement payment, $7 million, is due to Wildhaber April 10 — $4.419 million to Wildhaber, $2.3 million to his attorneys at the Riggan Law Firm in Kirkwood and $245,000 to his appellate attorneys at Bartimus Frickleton Robertson Rader.

By that time, insurance may have settled any outstanding insurance claims.