County prioritizing how to spend its remaining $83M in ARPA funding 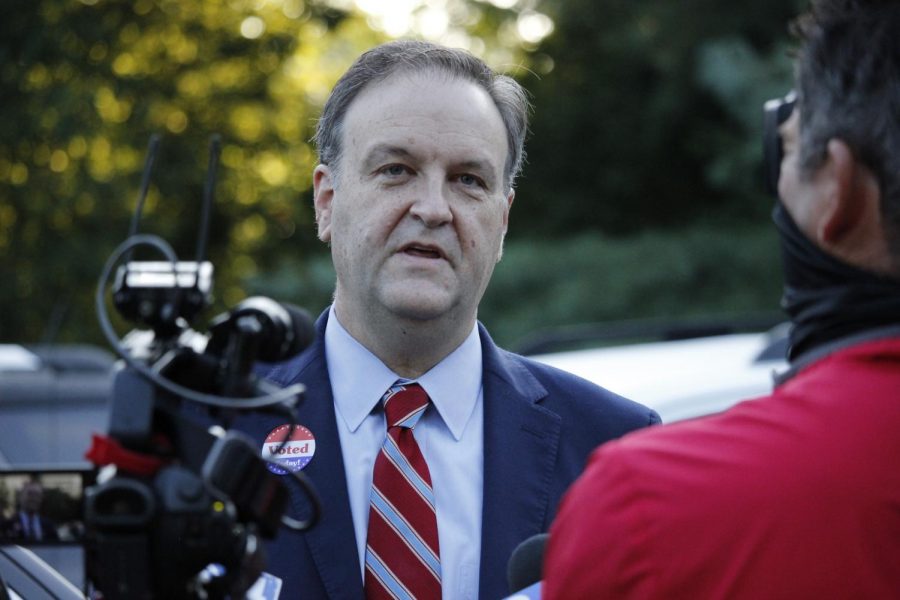 St. Louis County Executive Sam Page, right, and his wife, Jennifer, head to the polls Tuesday morning in Creve Coeur to vote for Page in the Democratic primary. Jennifer Page was dressed in scrubs to head to her job at Mercy Hospital South.

By Lucas Irizarry and Erin Achenbach

St. Louis County officials are assessing how the county should allot its remaining $83 million in federal COVID-19 relief funds after receiving feedback from over 3,000 county residents at town hall meetings and through online surveys.

County Executive Sam Page gave a breakdown of his proposal for the American Rescue Plan Act, or ARPA, funds based on needs identified by the county’s survey and the series of seven town halls. Page said the top concerns identified by the survey were mental health assistance, road repairs, childcare and education, small business support and substance abuse treatment.

Page said County Council members have created plans for around $160 million of ARPA funds, but with only $83 million remaining, a compromise will have to be reached. Page’s office has its own proposal based on the survey results.

The plan includes $7.5 million for small business support; $5 million for the Wellston MET Center for job training and career development and $15 million for road repairs in areas excluded by other federal funding, including unincorporated areas.

“If there’s one thing everyone agrees on, it’s that they like to drive on roads free of potholes, ruts and neglect,” Page said. “Large portions of our county, including District 6 in the south and District 4 in the north, are unincorporated, meaning they are not served by a municipality. Some of the funds the county has received should go into neighborhood roads to keep our families safe and our neighborhoods strong.”

Page said there are two projects being debated within the state legislature that could be leveraged by the ARPA funds. The first is the demolition of Jamestown Mall. Page said this would make the area more enticing for developers and would help in bringing a “vibrant” addition to North County. The project calls for $5 million in ARPA funding.

The second project is the creation of a business and workforce district on the south campus of the University of Missouri-St. Louis. The project is 35 acres and would feature “workforce, business and commercial incubators” and a mixed-use commercial/residential space. The county would need to commit at least $10 million in ARPA funds.

The remaining $20 million in Page’s plan would be split between non-profit funding and a rainy day fund.

“During the pandemic we saw the challenges many students and parents had with virtual learning, and those challenges continue as many students still lack access to the internet or a computer,” Page said. “We are cautiously optimistic that the worst of the pandemic is behind us, but we should be prepared in case it returns. Setting aside $10 million in a rainy day fund is a fiscally responsible thing to do.”

The council met April 19 to review the results of the survey with Deloitte Consultants but did not make any immediate plans. Third District Councilman Tim Fitch questioned the timing of the survey and its impact.

“It (the survey) was released on February 25. We had already spent quite a bit of money at that point, so we were never told … that we had to do a survey as part of this spending of the ARPA funds. … It’s safe to say that this survey was an afterthought,” Fitch said. “Why was the survey so late compared to when we started spending the money.”