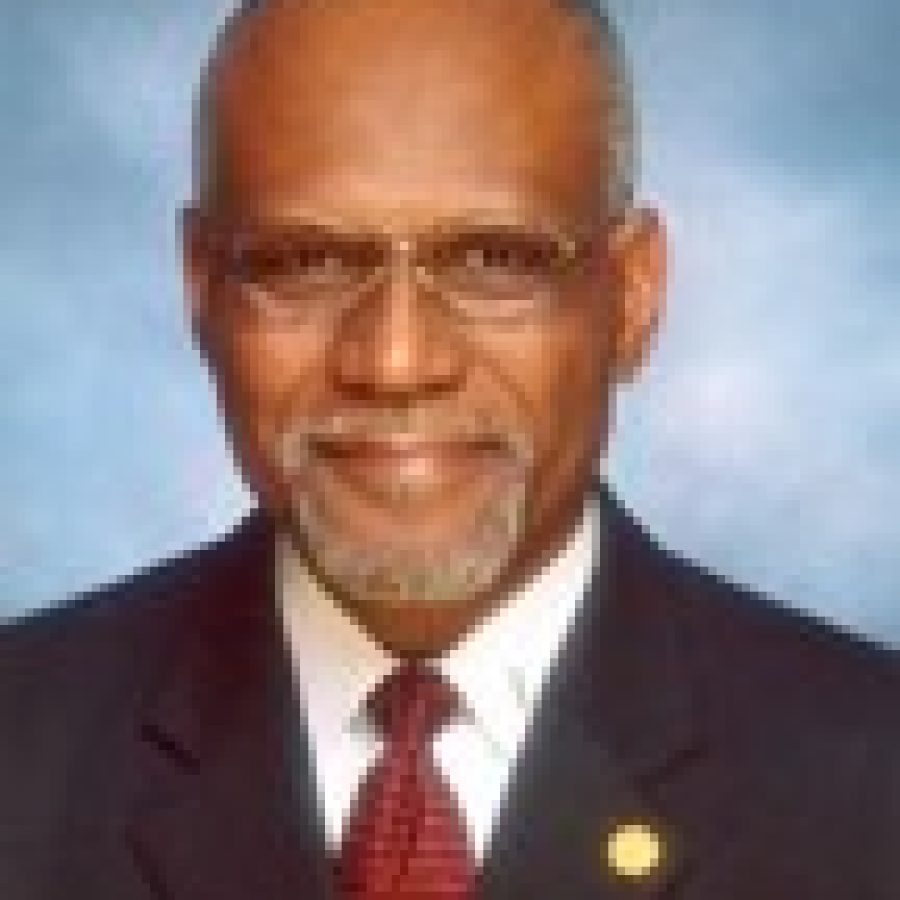 In my zeal to get some things done that I think were important, I think I didnt do a very good job in communicating to the council and thats something that has to be corrected. Thats something I need to do a better job of.\"  County Executive Charlie Dooley

While County Executive Charlie Dooley last week backed off his proposal to roll up the county’s property tax rate by 2.3 cents, another official projected the county eventually will exhaust its reserves without raising revenues or making cuts.

Dooley told the County Council at its meeting Sept. 6 he was withdrawing his plan to increase the property-tax rate to 54.6 cents from 52.3 cents per $100 of assessed valuation.

Rolling up the tax rate would’ve allowed the county to collect the same amount of property-tax revenue as last year, a step many taxing entities take when property values decrease.

“… I think that’s off the table for right now,” Dooley said. “I’m going to leave that alone.”

Dooley also wanted to give county employees a pay increase, their first since a salary freeze was implemented in 2008.

However, the roll-up proposal drew criticism, particularly from council Chairman Steve Stenger, D-south county, who disputed Dooley’s comments to local media that the county would face a “crisis” and have to lay off employees if the tax-rate were not increased.

Stenger pointed to the county’s own financial documents as evidence, he contended, that its finances weren’t in dire straits.

He cited a quarterly financial report that stated the county collected roughly $15.7 million in property-tax revenue through the second quarter of 2011 — $1.2 million, or 8.3 percent, ahead of property-tax revenues for the first two quarters of 2010.

In addition, Stenger referenced a 2012 “budget kickoff” presentation that reports total 2010 county revenues were $10.5 million more than expected. Further, the sum of the county’s four general fund balances was $82.5 million at the end of 2010, the document stated.

Dooley told the council some things he said “were misspoken, and I do want to apologize for that.”

“In my zeal to get some things done that I think were important, I think I didn’t do a very good job in communicating to the council and that’s something that has to be corrected,” the county executive said. “That’s something I need to do a better job of.

“… (T)he important thing is I still believe that there is an underlying problem that we need to address as a council, and I look forward to working with you on that.”

That problem, according to county Budget Director Paul Kreidler, is a forecast of flat revenues and gradually increasing expenditures over the next few years.

Kreidler told the council last week that revenue is projected to be down nearly 2 percent, or $5 million, this year, primarily due to lower property reassessments. Current projections show expenditures exceeding revenues by $6 million this year, which would require the use of 12 percent of reserves, he said.

The administration has asked county departments to submit flat budget requests for 2012, but even providing the current level of services would require the use of $10 million, or 23 percent, of reserves next year, Kreidler estimated.

None of Kreidler’s projections include a pay increase for employees, which he said would be “fiscally irresponsible to add” without first increasing revenue, cutting costs or both.

Assuming flat income and at least a 1-percent increase in expenditures each year, “(b)y 2018, we would be spending over $27 million more than we are taking in, a deficit of more than 8 percent,” Kreidler said.

“If we extend this analysis to our fund balance, you can see that the balance becomes a concern in 2013 as it falls below our 10 percent target to 7 percent,” he said. “The balance would continue on a negative slope and we would be out of money in 2015.

“… (W)hen we talk about our fund balance, there is no doubt that the numbers are huge. But if we continue down the current path, we will fall below our reserve target in two years. This will likely damage our ability to obtain the best price on credit when we go to the marketplace and will reduce our flexibility to weather another economic downturn, to make needed repairs to our facilities or to respond to a natural disaster.”