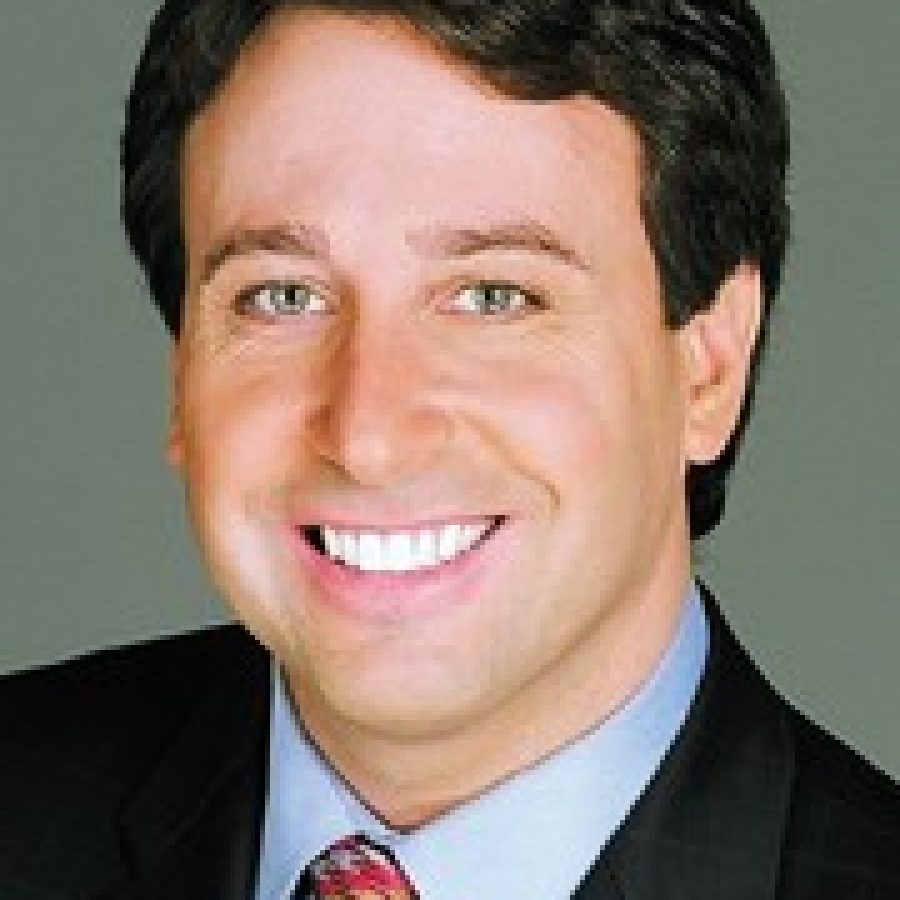 A recent County Council vote to reject a new bridge in Eureka was less about good government and more about political payback, according to County Executive Steve Stenger.

The council voted 4-3 last month against funding the $1.2 million replacement for the dilapidated Lewis Road Bridge, which was built in the 1930s and crosses train tracks used by both freight trains and Amtrak.

The need for a new bridge is so pressing that Harder vows to bring the $2.5 million replacement bridge back at every meeting until his colleagues vote to fund it, starting Tuesday — after the Call went to press.

The Union Pacific Railroad-owned bridge is in such poor shape that the Eureka fire chief has ordered his fire trucks not to cross it.

It is the only way in and out of thousands of acres in Eureka, with a subdivision, golf courses, farms and new houses being built all the time, a series of speakers in favor of the bridge said at the April 18 council meeting. The bridge has been literally falling apart for years, with concrete chunks falling as a train went under it when Harder’s assistant Christopher Grahn-Howard went to take pictures after the vote. Seconds later, a Rockwood school bus rumbled across the bridge.

Four years ago under the administration of former County Executive Charlie Dooley, the county decided to replace the bridge instead of waiting for the railroad to do it because the bridge was such a health hazard that it was “structurally deficient, functionally obsolete, unable to carry legal loads and (does) not meet current clearance requirements for railroads.”

The need for a new bridge is so urgent that the only reason to vote against it was pure politics, Stenger said.

“It looks like political retribution against Mark Harder,” the county executive said.

The same four council members who voted against the bridge voted in favor of it weeks earlier, he noted.

In the intervening weeks, however, Harder led opposition to Trakas, Page, Erby and Gray’s choice of Mark Tucker as county auditor, alleging Tucker is unqualified for the position and can’t actually conduct audits. Harder, Wasinger and Dolan also voted against Gray’s bill creating a legislative research director working for the council to rival the legal advice of the county counselor. Stenger vetoed the bill and returned it to the council at the same meeting that they voted against the bridge.

“(Harder) voted against those two matters and requested an investigation of Mark Tucker because he frankly doesn’t meet the requirements of the Charter, and as a result, they acted in retribution by voting against this bridge,” Stenger said.

As the bill for the new bridge came up for a final vote, Trakas took Harder and Stenger by surprise by asking Harder to hold the legislation for the bridge, “given the real and pressing spending issues that are confronting the county.”

“This bridge has been under scrutiny, it’s falling apart, and it’s a health issue and we need to get this going, it’s been held a long time, so I would say no,” Harder replied.

When he noted that the bridge goes to a subdivision by Eureka, Erby said, “A subdivision? I vote no.”

The county executive compared the situation to “BridgeGate” in New Jersey, where state employees were convicted of closing down lanes on the George Washington Bridge to retaliate against the mayor of Fort Lee, N.J.

“But this is worse, because there they just reconfigured lanes on a bridge, here they’ve eliminated a bridge,” Stenger said. “They’re voting against the people of St. Louis County.”

The council members who voted against the bridge have not asked for any follow-up information, Stenger noted. But Trakas denied that the alliance’s opposition to the bridge came from anything other than an eye on how the county spends its money.

“I couldn’t even begin to know what he’s talking about,” he said of Stenger’s allegation, adding the vote was an act of good governance and keeping a watchful eye on tax dollars on behalf of constituents.

“One has nothing to do with the other,” he said of the veto and the bridge vote. “This concern about spending and budget is real, not illusory. I think it’s a different reality in that council now than it has been for the last decade, and it’s not a bad thing.”

Stenger fought back against the idea that the county has a spending problem and that the four-member alliance has done anything to address the issue.

The alliance of Page and Erby and the new council members sworn in Jan. 1, Trakas and Gray, wants to add new positions working for the County Council that total roughly $500,000, he said.

“So the argument that we’re in dire financial need is baloney, it’s malarkey,” Stenger said. “If we’re in such dire financial straights, No. 1, why were they trying to run through about $500,000 of new personnel for the County Council? There were three lawyer positions that they just tried to fulfill through their bill that I vetoed, and then they just tried another two in the auditor office. The county already has 26 lawyers, we have enough of those.”

At the same meeting, the four also voted against bathrooms in parks in the districts of Wasinger and Dolan, who had also sided against the four. Stenger also called those votes retaliation since the money for the bathrooms was coming from the dedicated park fund, not general operations.

“They’re trying to increase their spending by $500,000, and all the while they’re trying to cut bathrooms and bridges that people need,” Stenger said. “Their actions threaten public safety and they threaten the integrity of our parks.”

Two of the four members, Page and Erby, voted for the 2017 balanced budget that includes the bridge, he noted.

The money for bridges does not come from the county’s general operating fund but from a dedicated road and bridge fund that currently has a balance of more than $30 million built up after a restructuring by Stenger, Harder noted.