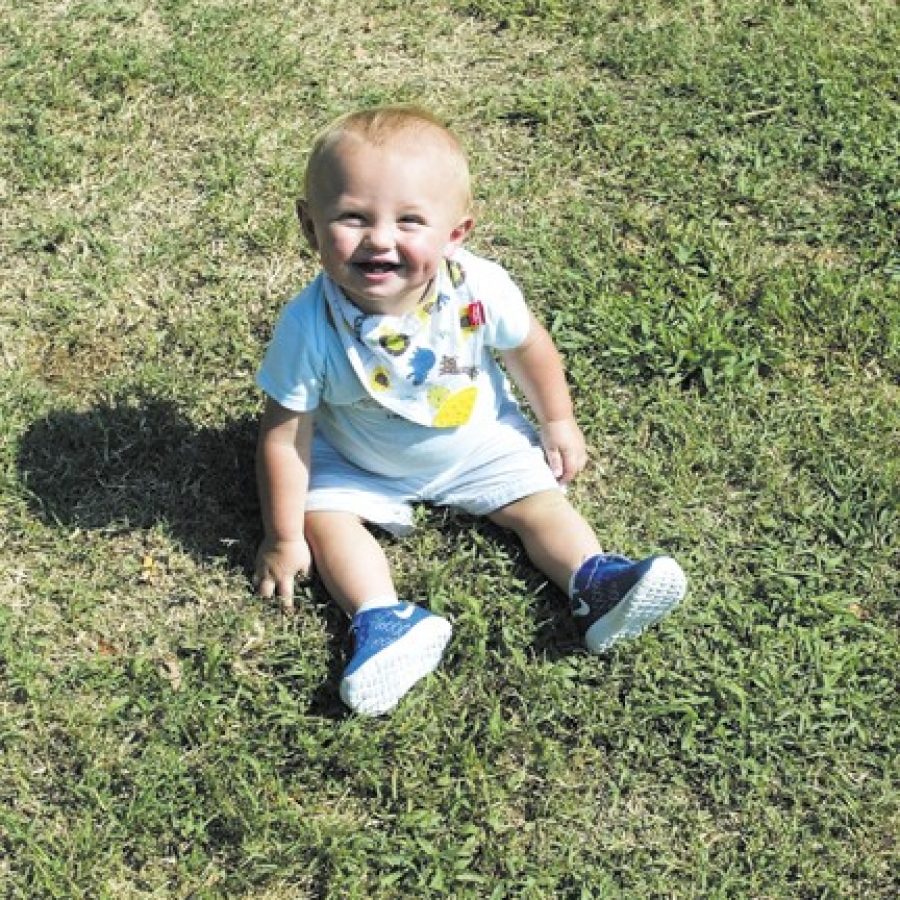 The crowd began gathering Monday morning at Jefferson Barracks Park for the St. Louis County Parks and Recreation Department’s Great American Solar Eclipse Event. ‘The last time a total solar eclipse occurred in the greater St. Louis area was 1442, so this is a once-in-a-lifetime experience for all of us,’ County Executive Steve Stenger stated in a news release. ‘We expect up to 10,000 people at Jefferson Barracks Park and the excitement is building.’ Stenger sang the National Anthem, and the U.S. Postal Service unveiled a commemorative postage stamp at the event, which also featured music by Cold Roses. Above, Liam Barnes of St. Louis was among those at Jefferson Barracks Park waiting for the eclipse.