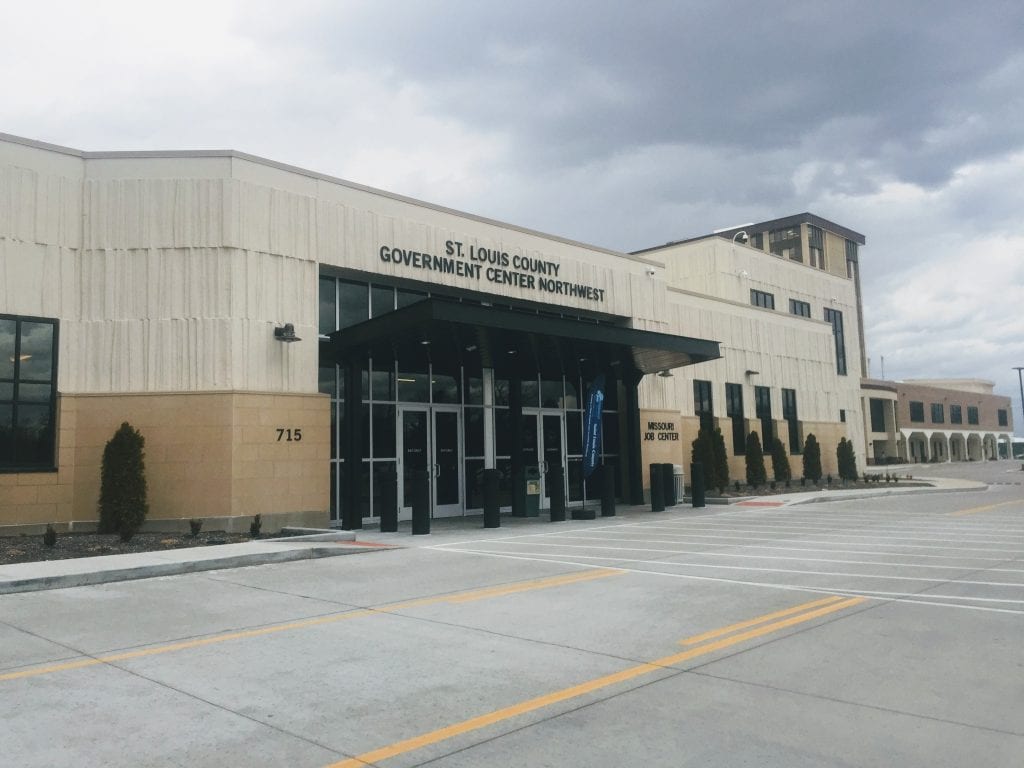 Everyone seems to agree that the county’s 20-year, $50 million lease for a new Government Center Northwest at the former Northwest Plaza mall was unusual by county standards, but that’s where any agreement ends.

For critics of County Executive Steve Stenger and for County Council members who held a council Ethics Committee hearing on the deal last week — who in some cases are one and the same — the lease the council approved in 2016 was a gift to Stenger’s biggest campaign donors, brothers Robert and David Glarner, who own the former St. Ann mall now called The Crossings at Northwest.

To Stenger, however, moving county offices to Northwest Plaza spurred economic development in an area of north county that could have otherwise resembled the empty malls at Crestwood and Jamestown. He contends that the county will even make money on the lease in the end.

That optimistic view is not shared by 6th District Councilman Ernie Trakas, who convened the Feb. 13 hearing as chair of the newly formed county ethics panel “to see if any wrongdoing took place” because of several red flags surrounding what he termed a “lease scandal” in a press release sent to reporters the night of the hearing.

The Glarners have donated more than $315,000 to Stenger, roughly 10 percent of his total haul of $3.25 million for his re-election campaign. They had donated about $75,000 of that at the time of the July 2016 vote to move the Board of Election Commissioners and other county offices to the former Macy’s store at Northwest Plaza.

Stenger said he has “nothing to hide” when it comes to the publicly reported contributions from the Glarners.

“They gave me money before this lease, they gave me money after this lease and will likely continue to give me money until they no longer want to,” he said. “And I have accepted that money because I think there’s nothing wrong with accepting the money. It’s lawful and it’s ethical.”

The fact that the Glarners continue to donate after the county signed on the dotted line for the Government Center Northwest shows that they weren’t just trying to land a lease, Stenger said.

“That certainly undercuts the argument the council is trying to make of this pay for play: Why do they keep giving me money?” Stenger said. “Right? They got the contract. So by their argument, wouldn’t they have stopped?

“No, they’ve continued to give me money. And they’re giving me money because we’re doing things all over the county to enhance our economic viability.”

Since 2016, the county has seen $5 billion in private investment from Centene, Pfizer, Monsanto and other companies, including those at Northwest, Stenger said.

Charter built a call center in the top half of the former Macy’s building after the county committed to its offices there. Outside the perimeter of the mall, Stenger cited the development that has followed the county’s decision to move there and would not be there otherwise, including Raising Cane’s, Starbucks, First Watch, Aeneas Williams’ Spirit Church and Popeye’s.

When the original legislation for the new office complex passed, 2nd District Councilman Sam Page, D-Creve Coeur, was perhaps even more vocal about the benefits for north county than Stenger was, insisting that the deal saved the county money over time. But Page joined other council members who voted for the bill in changing his tune last week in his questions to county officials at the hearing.

In an unusual move for county meetings, Trakas had the officials sworn in.

Stenger also sees the county as the anchor holding that part of the county together. It was a contention echoed by St. Ann City Administrator Matt Conley, former assistant city administrator in Crestwood, who came to the meeting to argue that the county would be misguided to question its one successful mall redevelopment.

“We wanted to establish our presence in this community so that it’s permanent, so that this development can be what the development can be,” Stenger said. “It generates hundreds of millions of dollars in economic activity, which generates taxes. So quite literally the lease pays for itself in the taxes it generates for the county. Now, I don’t have a dollar-for-dollar analysis of that at this point, because the development’s not even done yet. But when it’s done, and you’ve got it fully built out, this lease pays for itself, you know. That’s just what it does. It’s kind of hard to argue with it. Anywhere else we invested, it wasn’t going to give us the return that this place gives us …”

The three officials at the hearing didn’t get into the economic development merits, but testified that the Northwest lease was different than every other lease they saw.

Instead of going through the usual channels of Transportation and Public Works, then-Director of Special Projects Anthony Badino, Stenger’s former campaign manager, worked with the county’s legal counsel to negotiate the lease. He no longer works for the county.

Most leases the county signs are for office space up to 3,000 square feet, while the Northwest space is 150,000 square feet. The lease’s length is also far longer than most county contracts. Most long-term pacts are for 10 years rather than 20, although officials from Stenger’s office were quick to point out that the North Oaks lease is for one year with 19 annual renewals that are difficult to escape.

Stenger said that’s intentional at Northwest, citing efficiencies that are built up by staying in the same place for two decades and the convenience of not having to renegotiate leases. He estimated the cost of the custom buildout at $10 million.

“With the amount of buildout that we put into this thing — the landlord paid for the buildout, but it’s still built into the lease price somewhere — we’re not going to just give that up,” Stenger said.

In other ways the lease followed the typical county standards: In leases where there’s a buildout, annual auto-renewals are the way the county pays back a custom construction job, Kothe said.

It takes about a decade to pay back.