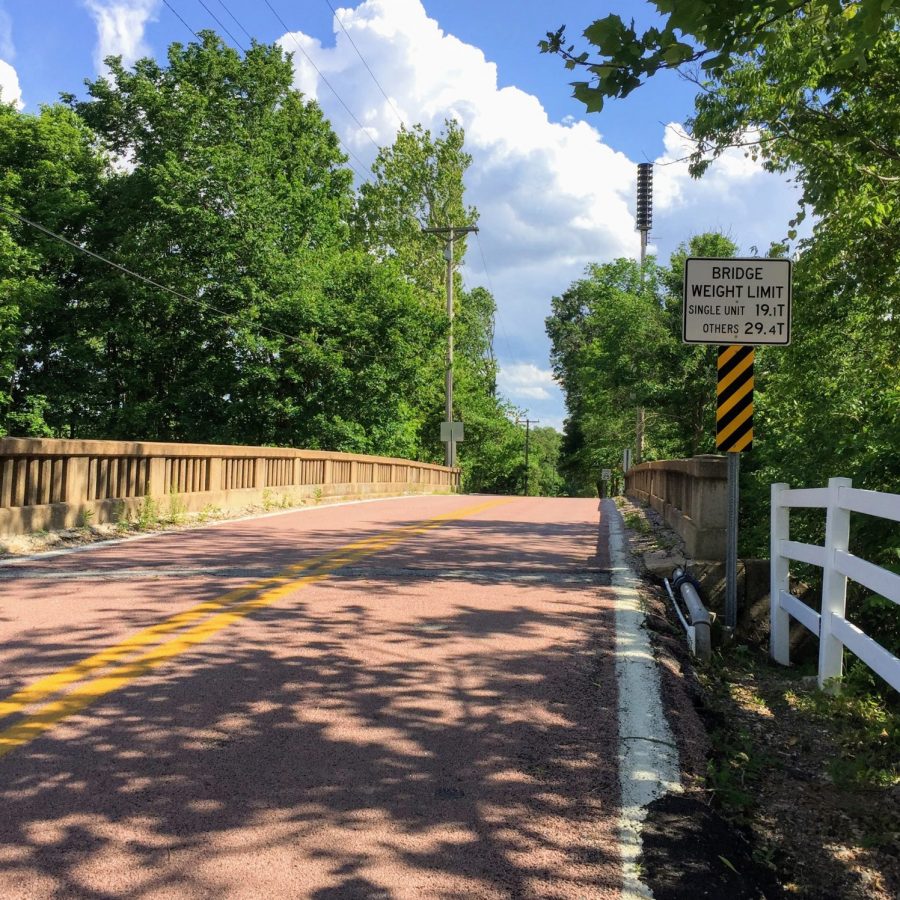 The County Council rejected legislation last week to replace a bridge in Eureka that supporters say is the worst bridge in the county and critics say is a bridge to one person —  who happens to be a donor to County Executive Steve Stenger.

The council voted 3-2 April 3 to replace the Lewis Road Bridge. Bills have to earn four votes to pass, but 6th District Councilman Ernie Trakas, R-Oakville, abstained after voting the week before to move the project ahead. In previous votes, Trakas and members of his bipartisan alliance had voted the bridge down, in what 7th District Councilman Mark Harder, R-Ballwin, believed to be an act of political retribution against him because he didn’t support the alliance’s choice for county auditor, Mark Tucker.

Since the council first clashed about the bridge more than a year ago, public-safety officials from Eureka have repeatedly gone to the council to say they worry that political maneuvering could be jeopardizing their residents.

Harder tried to move the legislation forward again because county officials said the project is up against a hard deadline in June to get right-of-way secured or lose $750,000 in federal funding for the $2 million project. Since the county already lowered the weight and speed limits last year and mandated that the bridge be inspected weekly, the next step would be closure. The bridge crosses a railroad track heavily used by coal and freight trains.

The bridge predates Stenger’s term as county executive and first appeared on the county’s five-year capital plan under the tenure of former County Executive Charlie Dooley.

But it leads to a house and 27-hole golf club, Crescent Farms, owned by Stenger donor Michael Roberts. Council members first opposed it before they knew about the Stenger connection and Roberts’ $43,000 in donations.

“It’s really politics at its worst unfortunately,” Stenger said. “The council members are trying to create some kind of a narrative — and this is Sam Page, Ernie, Hazel and Rochelle — they’re trying to create a narrative for my election that this man who happens to live on the other side of a bridge, that in some way he’s receiving a benefit that others would not receive because he was a contributor in the past to my campaign.

“That simply could not be further from the truth. This is rated as the worst bridge in St. Louis County. The bridge is literally held together with metal braces right now, and the concrete is crumbling and cracking. It’s extremely hazardous.”

Page said, “This is another special favor for a campaign donor. This bridge wasn’t an emergency until the council asked questions… If it was unsafe it would be closed and the available and adequate alternative access routes would be used. It appears that county staff decisions were pressured by the county executive, just like Northwest Plaza.”

If the county misses the June 15 deadline for the federal funding, it’s not a guarantee that regional planning organization East-West Gateway will direct the funding to another county project. It oversees the funding for several counties on both sides of the river in the St. Louis metropolitan area. But Page argued that since Stenger is serving as chairman of the organization this year, he could easily direct the funding back to St. Louis County rather than other counties.

“There are many needy road projects in St. Louis County that aren’t political favors,” Page said. “If the matching funds don’t come back for another deserving St. Louis County project, then it is just sour grapes on the part of Stenger.”

The bridge first came up for a vote last year soon after Harder asked for an investigation into the alliance’s choice of Tucker for county auditor. When the alliance voted the bridge down, Stenger then asked State Auditor Nicole Galloway to investigate the vote and see if it was motivated by political payback against Harder. Galloway responded that she could only conduct a state audit of the county if the council voted for it.

The county originally had the Lewis Road Bridge and the replacement of another nearby dilapidated bridge, the Allen Road Bridge, tied together in legislation to try to save money in mobilization costs on bids. At first, the council tied up both bridges before eventually agreeing to the Allen Road span only.

“Is this bridge still the worst one in St. Louis County?” Harder asked acting Public Works Director Dan Driesewerd during the April 3 meeting.

That’s a toss-up between Lewis Road and Allen Road, but a replacement for Allen is moving forward and should start by next year, Dreisewerd said.

The bridges are in such similarly bad conditions that some county officials got them confused last year.

Another question revolved around who owned the Lewis Road Bridge, but county officials said they own it because they predate the Union Pacific Railroad.

The bridge rankings and recommendations came before Roberts’ donations and have not only been made by the county and state, but East-West Gateway, which decided the Lewis Road Bridge was the region’s top bridge project for funds.

Page questioned Driesewerd about whether the county could use an at-grade crossing over the railroad track.

But the bridge is roughly 25 feet above the track, which makes that type of crossing all but impossible, Driesewerd said.

Rerouting the bridge in another area would probably cost more in acquiring property than it would save, he added. There also is no other way to reach the golf course property except by the bridge.

Before Trakas abstained, he said, “Last week when I voted the affirmative to perfect his measure, I made it clear then that that vote was in no way indicative of how I would vote on final passage. I voted to perfect the bill in the hopes that it would foster dialogue, debate and consideration of other options, such as an at-grade crossing. There obviously has not been any of that, no consideration for other alternatives.”