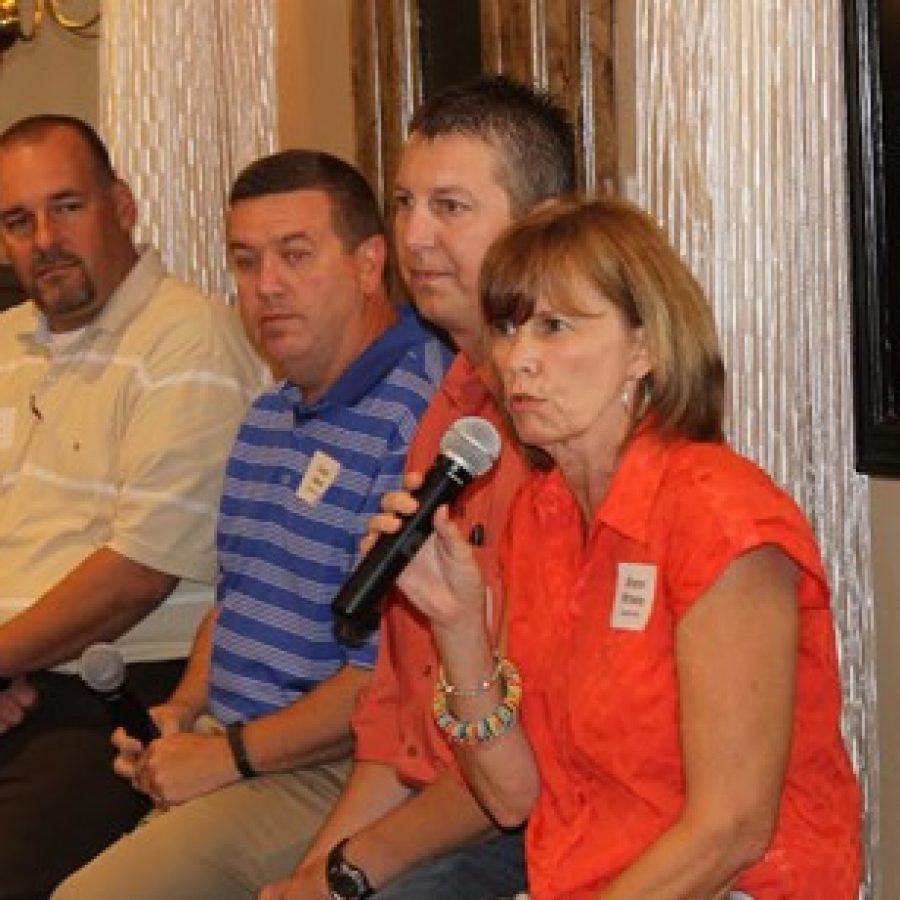 Mehlville School District residents have spoken, and the Board of Education will finally learn what they said next week.

Board members will get a full look at data and opinions they have been previewing for months when they meet for a retreat at 7 p.m. Monday, Jan. 5, in the boardroom of the Administration Building, 3120 Lemay Ferry Road.

Strategic-plan consultant Marc Maness will present board members with what the district’s frequent voters actually think and believe about the district, the culmination of the $41,000 strategic-planning process that has been ongoing since August.

Interim Superintendent Norm Ridder is spearheading the strategic-plan process during the year that he is in Mehlville, just as he did in previous posts at Springfield Public Schools and the Colorado Springs School District.

Using a human-centered-design process with questions based on in-depth one-on-one interviews and focus groups held earlier in the semester, Springfield-based company Opinion Research Specialists conducted hundreds of phone surveys just before the holidays that will give district officials and board members hard numbers on “the voice” of the district, or what residents want to see Mehlville do next, Ridder said.

“That is what is very powerful about this … You saw the raw data. I think it does give us a good sense of what’s out there,” he told the board as he previewed the teacher and parent surveys at a Dec. 13 retreat. “The caution I would set is that we don’t allow a teacher or two to control the agenda, and the same with the community. This is the voice, it’s very scientific, and this is actually what the community is feeling.”

While district officials originally hoped to have the strategic plan in place by the end of the year, it was delayed because the phone surveys relied on voter records from the Nov. 4 election.

Those records were withheld by the county Board of Election Commissioners due to a potential recount request by Rep. Rick Stream, R-Kirkwood, that would re-examine ballots from Stream’s narrow loss to 6th District Councilman Steve Stenger, D-Affton, for county executive. That recount is finally taking place this week.

After waiting several weeks for the new records to be released, Opinion Research Specialists turned to voter lists from the last two April school-board and municipal elections to survey frequent Mehlville voters instead.

At the retreat, board Secretary Lori Trakas said she is concerned that the phone surveys only reached out to frequent voters, not all district residents — who may not actually vote.

A survey of frequent voters is the best way to conduct a scientific survey of district residents, since voting records give the most reliable sample available of people who live in the district, Ridder said. He added that Mehlville also has a higher percentage of frequent voters than what he is used to seeing in other school districts.

The board plans to implement the strategic plan even if a bond issue is not placed on the ballot in the near future.

However, the survey of frequent voters will gauge their support for a potential bond issue, which historically has been a challenge in Mehlville.

Previewing the frequent-voter survey results for the Call, Ridder said one of the most intriguing takeaways from the surveys is the disconnect between teachers, parents and district residents on the question of whether the district receives enough money.

Overwhelmingly, teachers said they believe the district needs more money, while parents fall more in the middle on that question, with 54 percent in favor of a bond issue that would raise more money for schools and 40 percent against, board President Ron Fedorchak said.

Residents rate their support for a bond issue much lower on the scale than parents or teachers, a gap that Ridder said is probably the widest he has seen between teachers and residents on that question, though at one time Springfield’s gap was somewhat comparable.

Like the frequent voters, parents were contacted for phone surveys about the district, and board members have been examining that data since the retreat.

While the board’s overriding goal in strategic planning is to improve the way the district operates, Fedorchak told the Call the overwhelming message from parents is that they like — or even love — what their children have now.

“The parent surveys came back very, very positive,” he said. “In the 15 different categories, 90 percent said they were either satisfied or somewhat satisfied. That’s fantastic, but at the same time, we’re looking for ways to improve.”