Constitutional amendment on ballot next week would end teacher tenure

Resolution against measure adopted by Lindbergh board 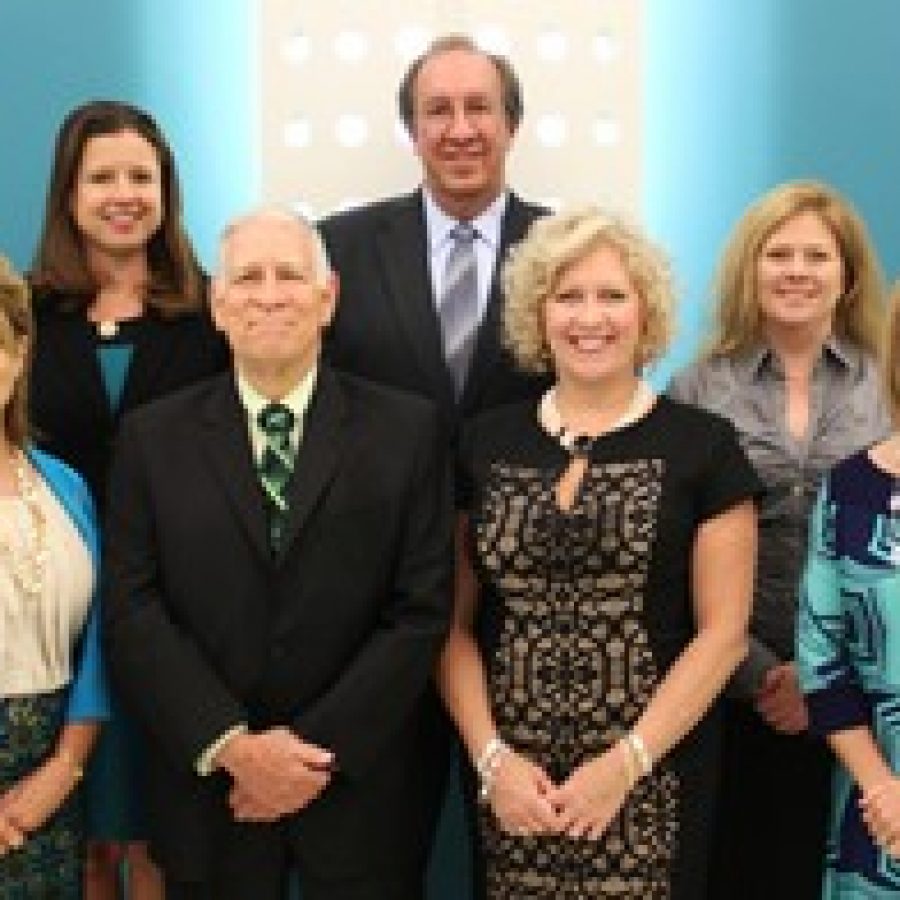 An amendment to the Missouri Constitution that would end tenure for teachers and mandate that teacher evaluations be based on student performance is still on Tuesday’s ballot even though its biggest backer, billionaire Rex Sinquefield, abandoned his campaign to pass the measure.

Statewide, hundreds of school boards have adopted resolutions opposing Amendment 3, which was placed on the ballot through a petition drive funded by Teach Great, a group backed by Sinquefield.

Teach Great abandoned its campaign for the measure two months ago, with spokeswoman Katie Casas noting that the group still believes the measure is the right thing to do, but that it comes at the wrong time.

The amendment would end tenure in favor of three-year contracts for teachers and require teachers to be evaluated for continued employment using student performance data, through evaluations approved by the state.

“Amendment 3 is the first amendment that I’ve ever seen in the state of Missouri in my whole career which nobody likes,” Lindbergh Superintendent Jim Simpson told the Call. “Even the person who has spent millions, truly millions, to put this on the ballot has turned his back on it and walked away. Nobody is for Amendment 3. And for good reason — it’s horrible. It’s got so many bad things in it, it’s hard to list them all on one page.”

The Lindbergh Board of Education unanimously adopted a resolution from the Missouri School Boards’ Association, or MSBA, earlier this month that opposes Amendment 3 and calls the measure a “poorly drafted and deeply flawed state mandate that shifts local control for education decisions away from parents, teachers, administrators and school boards.”

Representatives of Lindbergh’s teachers accepted the resolution and thanked the board after its approval. Treasurer Kara Gotsch was absent for the 6-0 vote taken Oct. 14.

“No matter if you’re liberal or conservative, it’s got some bad things in it for you. It destroys local control … What conservative would want that?” Simpson asked. “And for the liberal side of it, a huge amount of more testing, as if we don’t test children enough now. And all of a sudden you double or triple the amount of testing. And who’s going to pay for that?”

Although hundreds of school districts in the state and all the surrounding districts have adopted the MSBA resolution against the ballot measure, Mehlville Board of Education President Ron Fedorchak declined to place the resolution on Mehlville’s agenda when board member Larry Felton — who is the vice president of the MSBA board of directors — requested it.

On the advice of the district’s legal counsel, Fedorchak believes it is illegal for the school board to take official political stances, including on ballot measures, citing Section 115.646 of the Missouri Revised Statutes, which prohibits the use of public funds for political purposes.

“It’s pretty clear we shouldn’t even be printing the resolution because that would indicate we spent money to actually say one way or the other on this,” Fedorchak said at the board’s Sept. 23 meeting, before the board implemented paperless meetings.

“No contribution or expenditure of public funds shall be made directly by any officer, employee or agent of any political subdivision to advocate, support or oppose any ballot measure or candidate for public office,” according to the state statute.

However, Felton has protested that MSBA holds that it is not illegal for school boards to take political stances, and that no other school board in the state has resisted passing the resolution for that reason.

Mehlville teachers feel “somewhat abandoned” by the board and are questioning why Mehlville did not pass the resolution when it seems like every other district has, board member Jean Pretto noted at the school board’s Oct. 18 retreat.

“I was in a couple of different schools this week, and our teachers really feel like we’re letting them down,” she said. “They really do. And they came up to me personally and said, ‘Why? Why? Why? Why?'”

Fedorchak and board Vice President Venki Palamand responded that while they strongly oppose the amendment and will personally vote against it, they just do not believe it is legal to use public funds to oppose it.

“I know I’ve been reluctant to bring the resolution, but I’m going to make a public statement: I am absolutely opposed to Amendment 3, on so many different levels,” Fedorchak said at the retreat. “One, teachers have a right to have their salary schedule, to collectively bargain, they don’t need to be judged on a test. And from the other side of me — I don’t want Jefferson City and Washington, D.C., controlling who our teachers are in our buildings. So I will work against Amendment 3, but I’m not going to use public monies to do it, I’m going to do it as a private citizen.”

In recent years, a few states have successfully abolished tenure, including Florida and Kansas, which leaves it up to local districts. The larger trend is heading toward granting tenure based on student achievement measures, according to the National Council on Teacher Quality, which tracks tenure laws over time.

Opponents of tenure say it violates students’ civil rights because it lets bad teachers stay in their jobs just by showing up for work, while proponents argue that tenure protects teachers’ rights and academic freedom.

In June, Los Angeles Superior Court Judge Rolf Treu struck down California tenure laws when he ruled that tenure conflicted with a student’s right to an education and a public school’s right to provide it: To fire the 1 percent to 3 percent of the state’s teachers who are “grossly ineffective” or even a tenured teacher convicted of crimes involving students, the judge ruled, a student would lose nine months of education while taxpayers forked over $40,000 to $450,000 in legal costs and back pay. U.S. Education Secretary Arne Duncan said he supported the ruling, since no child should be taught by a bad teacher.

In contrast, after the North Carolina General Assembly passed a plan last year to phase out tenure by 2018, North Carolina Superior Court Judge Robert Hobgood overturned it in May, ruling that the retroactive plan violated the contract clause of the U.S. Constitution.