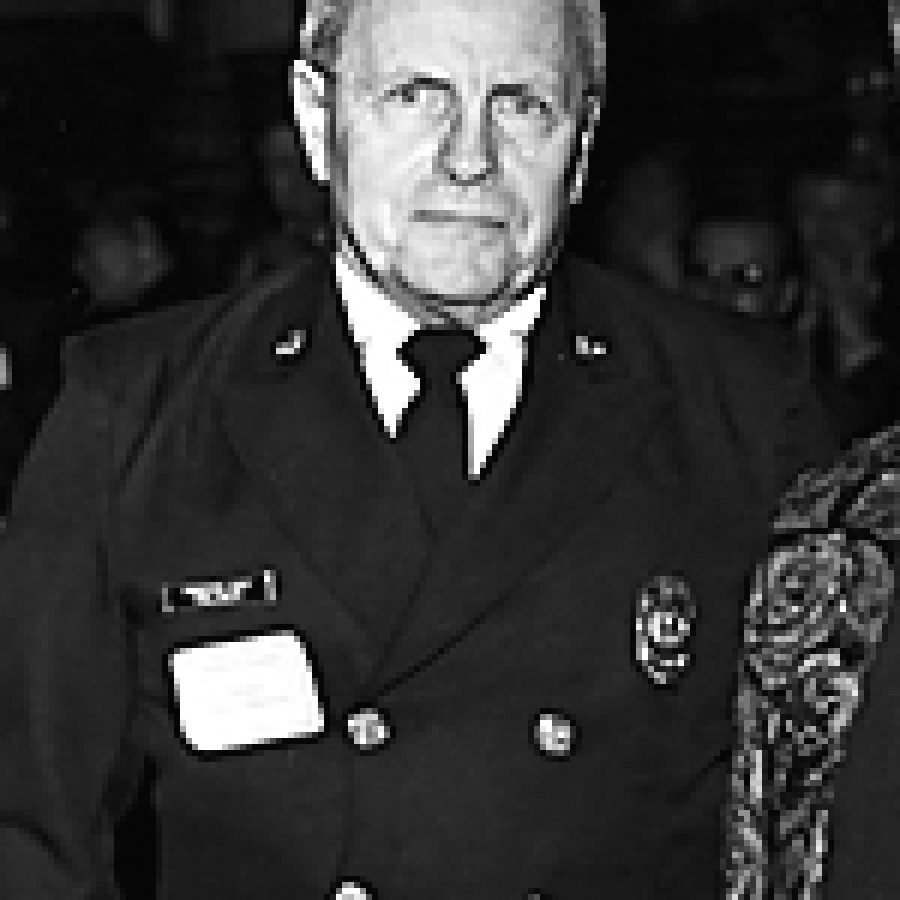 Palmer, a former assistant fire chief for the Mehlville Fire Protection District, was remembered Friday by friends and associates at First Presbyterian Church in Kirk-wood before burial with full military honors at Jefferson Barracks National Cemetery.

“I met him when I was 12 years old,” White recalled. “My dad introduced me when we were at church at St. Paul’s United Church of Christ. As I got a little bit older, he suggested I read a book — Zig Ziglar’s ‘See You at the Top.’ I read it and it made a big difference in my life. He was my mentor.

“He taught me about public service and giving back to the community, public education, and he and I bummed around together, going from school to school and function to function. It was a great time.”

“He told me the first day I walked in the firehouse: OK kid, you want to be a good fireman or a bum? I said I wanted to be good. OK, we’re not going to sit here and watch this TV. We’re going to get out there and do things,” Silvernail remembered.

“I was 19 years old,” he said. “That’s the reason I’ve been successful in the fire service. I got started off right with Bob. He was my mentor. I worship the ground he walked on.”

Working together, the men shared a lot of adversity.

“We fought a lot of big fires,” Silvernail said. “We were in buildings that collapsed on us and got out together. When I had my big accident, they told me I would never work again. Bob was my support. I proved them all wrong.”

The two enjoyed each other’s company.

“At my retirement party, I asked him if he was going to be buried in his orange jumpsuit, but I knew he would be wearing his Boy Scout uniform,” Silvernail said.

“I had no intention of wearing mine,” Silvernail said. “He wore his. When he walked out there in front of all those people, he said: Silvernail, I’m going to get you if it’s the last thing I do.”

In lieu of flowers, donations to the Great-er St. Louis Boy Scouts of America or First Presbyterian Church of Kirkwood would be appreciated.