Coleman will run for Senate, but is still busy in 97th District

‘Trump Highway’ is one of Coleman’s prefiled ‘21 bills 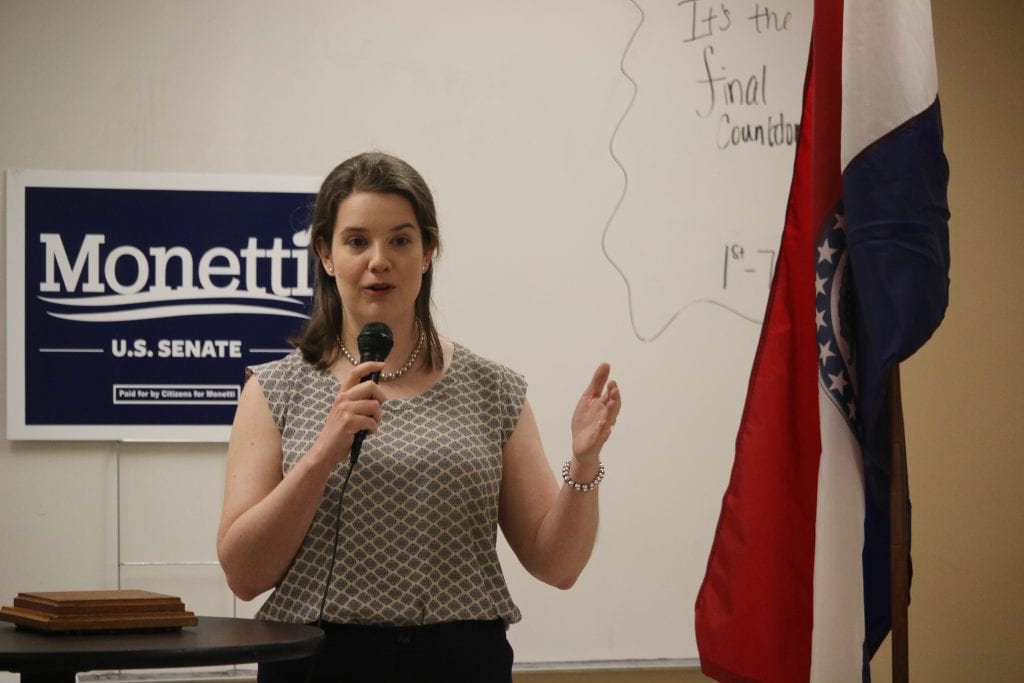 Rep. Mary Elizabeth Coleman, R-Arnold, has set her sights on Missouri’s upper chamber, announcing last month that she will be running for state Senate in 2022.

It is not yet known exactly what Senate district that will be due to upcoming redistricting.

Coleman, who currently represents the 97th District for Jefferson County and a portion of south St. Louis County in the Missouri House, said that she is running for the Senate because “now more than ever we need proven conservatives who can … push back against the radical left’s cancel culture and defend our religious freedom, the unborn and the Second Amendment.”

Coleman did not respond to requests for an interview for this article since January and again last week.

The legislator started the legislative session Jan. 6 by sending out a press release at the same hour as the Capitol riot in Washington, D.C., announcing she had prefiled a bill to rename  Interstate 55 in Arnold as “Donald J. Trump Highway.”

Some of the priorities outlined by Coleman for her Senate race include stopping cartels from “flooding our state with illegal drugs,” policing and illegal immigration.

“Chuck Schumer, Nancy Pelosi and Joe Biden are waging a war on Missourians’ god given rights and our jobs. Missouri state government is our last line of defense,” Coleman said in a Facebook post announcing her Senate campaign. “I promise to always stand up for Missouri values and push back against any liberal politician who wants to move Missouri jobs to the coasts and foreign countries.”

Coleman was first elected to represent the 97th District in 2018 and was re-elected unopposed to her second term last fall.

She has been outspoken against school shutdowns due to COVID-19 and included education in her list of legislative priorities: “Children belong in the classroom and on the sports fields, not at home falling behind in learning every single day.”

Her home Senate district, District 22, is represented by Sen. Paul Wieland, R-Imperial, who is term-limited.

Coleman is the chair of the House Children and Families Committee this legislative session and also serves on the Judiciary Committee and the Special Committee on Litigation Reform.

As chair of the family committee, Coleman oversaw a hearing this month for a contentious piece of legislation, House Bill 33, sponsored by Republican Rep. Suzie Pollock of Lebanon.

The bill would “prohibit medical providers from administering any medical or surgical treatment for the purpose of gender reassignment” for anyone under 18 years old.

The bill was scheduled to first be heard by the committee on March 3, but according to reporting from the Missouri Independent, just before the hearing Coleman said that the HB 33 would be heard next week instead, despite witnesses traveling to the Capitol that day to give testimony.

The public hearing was eventually held a week later on March 10, but no action has been taken on the bill since.

Some legislation sponsored by Coleman this year include a House Bill 793, which would reduce the state sales tax and use tax on retail sales of feminine hygiene products and diapers, as well as as House Bill 917, which would allow public officials to use campaign funds to cover childcare expenses incurred while campaigning or performing official duties.