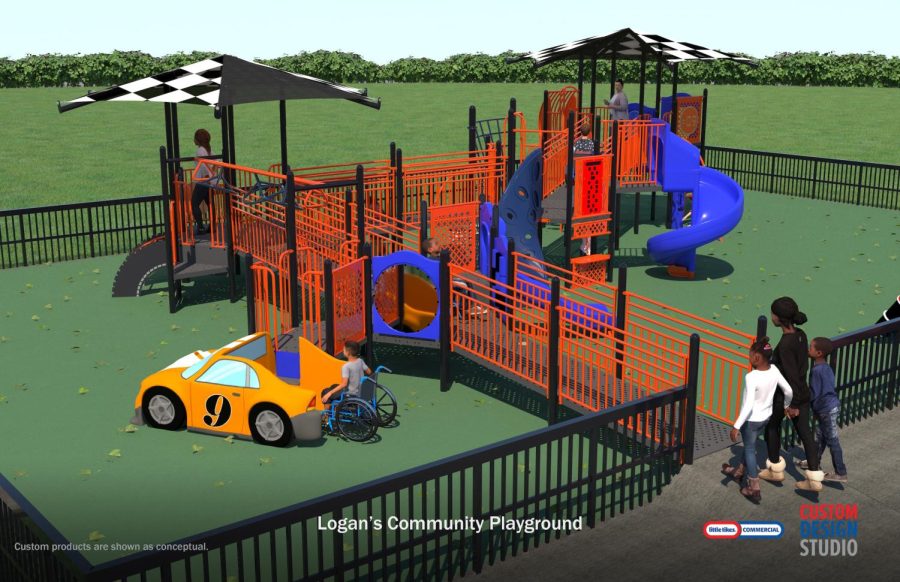 A rendering of Logan's Community Playground.

St. Johns United Church of Christ in Green Park, 11333 St. Johns Church Road,  is seeking donations for a community playground in honor of Logan Zielinksi, a 12-year-old boy who passed away in an accident last year.

Zielinski was an active member of the church and his family teamed up with St. Johns after his death to begin work on the playground, which will be featured on the church property. The site is located next to a pavilion and dog park and will be car themed due to Zielinski’s love of cars.

The church is hosting an event April 23 at the pavilion to show the community the spot of the playground. The event will have games and shirts for children, a classic car showcase and guest speakers related to the project. Sherry Ruhl, chairperson of the project, said Zielinksi was an organ donor, so the event is in April as part of National Donate Life Month.

Ruhl said she recently received an email from a parent who loved the playground design and its accessibility. The parent has twins, one with cerebral palsy, who were friends with Zielinksi and she said Zielinski never “saw” the disability, treating both twins the same.

The playground is being built through Unlimited Play, a non-profit organization that “helps to plan, design and build fully accessible playgrounds that allow all children – regardless of their abilities – to play together.” They have built 48 playgrounds in 15 states and were founded in the St. Louis area.

Ruhl spoke at the Green Park Board of Aldermen meeting March 21 about the need for monetary and building material donations for the project. So far, Logan’s Community Playground has raised around $100,000 of the $300,000 needed to build the project. Donations and more information about the playground and project can be found at unlimitedplay.org/playground/logans_community_playground/.