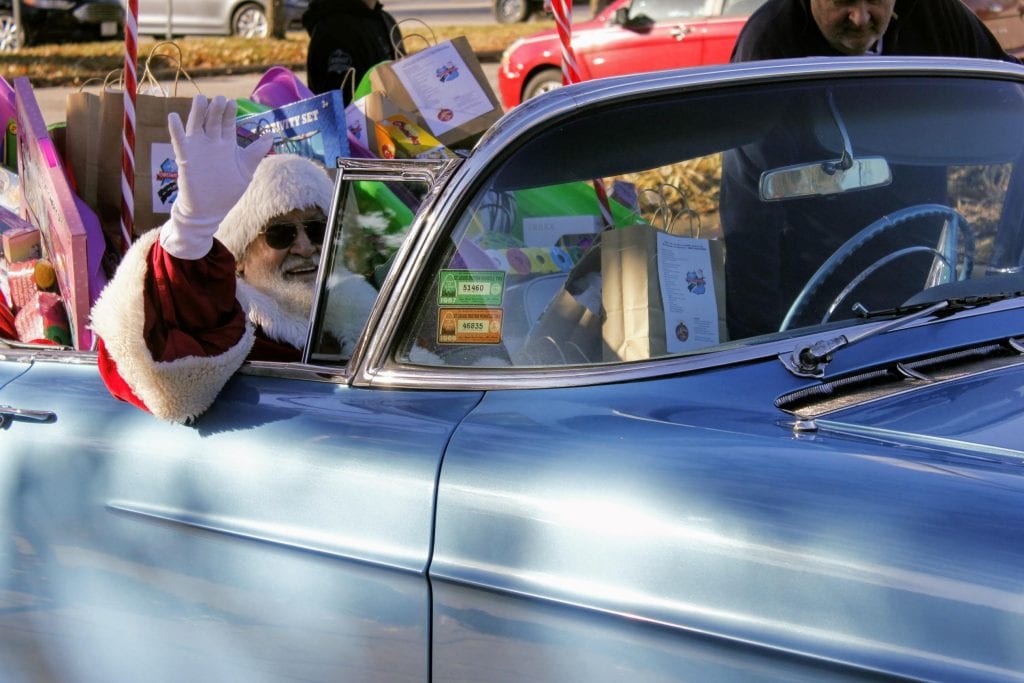 Santa Claus leads the classic car parade during the Christmas in Crestwood celebration in 2018.

The Christmas in Crestwood 2020 celebration kicked off Nov. 12 — the city’s birthday — and runs through the last day of the year, Dec. 31, and activities can be participated in even with a stay-at-home order.

On Saturday, Dec. 5, Santa Claus will lead the classic car parade beginning at 3:30 p.m. in the St. Raymond-St. Elizabeth Church parking lot, 1420 Sappington Road, and will head south on Sappington Road, eventually making its way through all four wards in the city.

Kindergarten through 12th-grade students will be able to write about their favorite holiday tradition for the chance to win prizes from Crestwood businesses such as Crestwood Bowl, Victory Raceway, Applebee’s, Culver’s and Imo’s.

Others who choose to shop for the holidays in the city can save their Crestwood business receipts for the chance to win a minimum $1,000 Crestwood shopping spree.

The Dec. 5 parade was originally slated to begin at 4:30 p.m., but the Crestwood Police Department had safety concerns since it is often already dark by that time in the winter. The initial route was also long and along residential streets that aren’t built for large events, with narrow roads and no sidewalks. However, the Christmas in Crestwood group and the city worked out a shorter route that began earlier in the day to make sure it would be safe for everyone involved, especially since there is often a high number of children who come out to see Santa and the parade. At one point, a special Friday night meeting of the Crestwood Board of Aldermen was called to discuss the issue and then canceled when an agreement was reached.

After the parade, a food drive will be held at St. Raymond-St. Elizabeth Church at 6 p.m., followed by fireworks from the church’s ball field at 6:30 p.m.

Five nonperishable food items can be traded for one children’s goody bag. Two hundred goody bags will be available on a first-come, first-serve basis. Collected food will be donated to the First Baptist Church of Crestwood food pantry and the St. Raymond-St. Elizabeth Church food pantry. The group requests no glass containers.

Those who love Christmas music can tune in online at www.stlouisclassicrock.com for around-the-clock, commercial-free music from Dec. 1 to Dec. 31.

More information about Christmas in Crestwood and entry forms for the contests are available at Crestwood City Hall, 1 Detjen Drive, and the Crestwood Community Center, 9245 Whitecliff Lane. Further information can be found at www.christmasincrestwood.com.