Chief discusses state of fire district; turnover not a concern, he reiterates 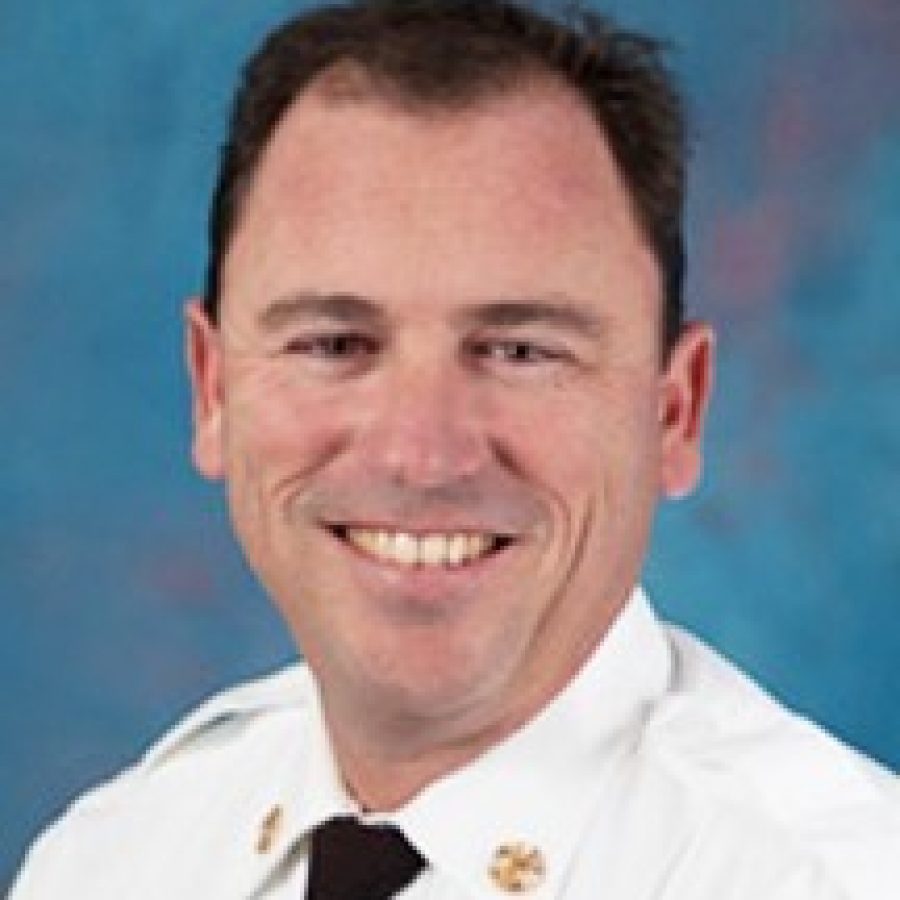 Mehlville Fire Protection District Chief Brian Hendricks reiterated last week that he does not believe the district has an employee turnover problem.

Hendricks discussed the state of the district during a March 1 meeting of the Oakville Democratic Organization.

Besides turnover, he responded to questions about district salaries, response times and employee-board relations.

The chief’s remarks were made before an audience that included retired Mehlville Fire Protection District employees and former employees, some of whom have made social media posts critical of the department. Some members of the audience had never before attended a meeting of the Democratic organization.

Also present was Jane Kolb, who is challenging incumbent Board of Directors Chairman Aaron Hilmer in the April 4 election.

Hilmer, first elected in 2005, is seeking his third six-year term. Kolb has been critical of the district on her campaign Facebook page, but did not ask any questions of the fire chief during the roughly 30 minutes he addressed the organization.

Hilmer told the Call he was not contacted by the club or asked to speak at the meeting.

“I was very surprised I wasn’t invited, considering how many Democrats have told me what an amazing job I have done,” he said.

Hendricks told the audience, “… I have received and have been receiving many phone calls and letters from taxpayers who obviously are quite concerned. Some of the information that they’re receiving is quite concerning. I’m here to address public concern. That is it. I am not here to endorse a candidate. I’m not here to address a candidate. I’d be more than happy to take any questions from anybody in regards to the state of the district, where the district is going, currently what we’re doing and anything that anybody would like to ask …”

Mehlville Board of Education member Jean Pretto, who is backing Kolb, asked whether the “revolving-door” story of employee turnover is true.

“When people ask me that question, they say, ‘Does it concern you?’ And it doesn’t,” Hendricks said. “I mean, I can’t say it does. Do I like to lose people? No, I don’t. But do I begrudge somebody that wants to go to another fire department and make more money? No …”

Asked how Mehlville’s pay compares to other fire districts, the chief said, “Pay, we’re middle of the road. We’re not the lowest. We’re not the highest. An entry-level firefighter makes approximately $55,000 a year. A lead paramedic makes $78,000. There’s a lot of other higher-paying districts out there …”

In 2013, most employees received an across-the-board pay hike of 1.5 percent.

In 2015, employees did not receive a pay hike, but the board distributed a $1,000 compensation supplement to 127 employees for a total of $125,000 that December. New hires received a pro-rated supplement.

For 2016, employees were awarded an across-the-board salary increase of 1.5 percent. No pay hike was budgeted for 2017.

“Forty-one 24-hour employees at the Mehlville Fire Protection District made in excess of $90,000 (last year),” the chief told the Call.

Mike Sita, who is supporting Kolb, asked about a district advertisement published in the Call with “the tagline ‘We’re getting screwed again’ paid for with our tax dollars. Is that the best use of our tax dollars …?”

Sita also raised concerns about staffing and response times, saying his home backs to Baumgartner Road and he’s had to report accidents that have occurred there.

“All three times they’ve said they were shorthanded and taken awhile to get there …,” he said.

Noting that many variables go into response times, Hendricks said, “… I can’t stand up here and tell you it’s not uncommon to have response times of five and six minutes if our busy engine houses are out. When you have (pumper) 1710 and (ambulance) 1717 across from Mehlville High School out and you have something that’s right along that Lemay Ferry corridor, you’re waiting for the truck that’s coming from Mueller and Lindbergh …”

In response to a query about whether the district has enough employees, the chief said, “… Our busiest times, typically in the district are or 9 or 10 to 4 or 5. It’s not a 24-hour — we’re not busy steadily all the time. If you look at the data over time, it’s kind of — there are peaks and valleys. And that’s a community question. You want to put another ambulance on, you’re talking a minimum of six more people. You factor in the benefit package. Those are board questions — legitimate questions …”

The cost of adding another ambulance staffed by six employees would total $850,000, Hendricks told the Call.

“There is going to be a time in the very near future that I believe — and my recommendation to the board would be — the next step is that we put an ambulance at 6 House, which is down at Becker and Telegraph. We are getting overloaded, there’s no doubt about it. The numbers don’t lie …”

Retired MFPD Capt. James Hetzer asked Hendricks whether the Board of Directors negotiates with employees.

“Directly? No,” Hendricks said, later adding, “The board does not negotiate in the setting I think you’re talking about.”

Hetzer said, “Don’t you think that would be in good faith … You have a direct line to Mr. Hilmer …”

“I can recommend all day long, but if the board says ‘no’ …,” Hendricks said.

“They need to go,” a woman interjected.

The chief told the Call, “The Board of Directors has reached out to the union on numerous occasions, asking and requesting that they come to any open board meeting with any ideas or thoughts or concerns they have about the district …”

Hetzer also expressed his dismay that the board does not have a memorandum of understanding, or MOU, with employees.

The board has not had an MOU with employees since 2002. That three-year MOU, approved in 1999, provided increases in base salaries ranging from 15.48 percent to 19.15 percent over the three years.

Editor’s note: This story has been updated to correctly reflect retired Capt. James Hetzer’s concern about the board not having an MOU with district employees.