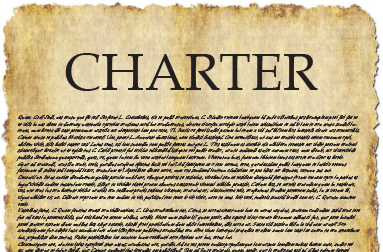 The Charter Commission wrapped up the process of approving proposals and voting on ballot measures for amendments to the Charter with only one meeting left in its year to review and recommend changes to the St. Louis County Charter before a Dec. 31 deadline.

The Charter is the constitution-like document that governs how the county operates. At The Call’s press deadline before the last meeting, the commission had approved 14 amendments for the ballot, most of them relatively minor.

The amendments include changing gendered nouns in the Charter to gender-neutral language, expanding the time the county executive has to submit a proposed budget to the County Council to 90 days from 60 days and moving the Board of Zoning Adjustment from the Public Works section to the Planning Commission.

A proposal that would allow the Board of Equalization to expand to four boards comprised of three members in years like this year when there is a high number of property value reassessment appeals was also approved for the ballot, along with an amendment that would automatically form a Charter Commission every 10 years, rather than have voters decide whether they want a commission to convene.

Proposals that did not make it to the ballot include switching the form of county government to one with a county manager, having the county auditor be an elected position and establishing minimum standards for police in the Charter. Those three proposals were voted down at various stages, with the county manager proposal never making it to drafting. The auditor and police standards were drafted, but voted down for the ballot.

The Charter panel hosted five public forums across the county over the summer and fall to gather feedback about its proposals, including a forum in South County. At that forum, audience members were enthusiastic about the potential of switching to a county manager form of government and holding nonpartisan elections. A proposal to hold nonpartisan elections introduced by Commissioner Colleen Wasinger failed to advance to the ballot, although Wasinger reintroduced a proposal to provide for nonpartisan elections that was set to be voted on at the Charter Commission’s final meeting Dec. 23, after The Call went to press with this article.

The panel was scheduled to meet Monday, Dec. 16 and Wednesday, Dec. 18 to wrap up its work before the holidays, but snow and bad weather Dec. 16 forced the commission to schedule an additional meeting Dec. 23 to make sure its work was completed.

In advance of the last meeting, the commission still had eight proposals to discuss and decide to move forward or fail, including changing the date that elected offices start and potentially increasing the County Council if St. Louis city enters into the county as a municipality.

The commission, chaired by former County Executive Gene McNary, has been meeting weekly on Wednesdays since March. Amendments must be voted on by county voters. For an amendment to be placed on the ballot, it must be approved by nine of the 14 commission members.