Chaifetz Arena cancels all graduations through July, including Mehlville and Lindbergh 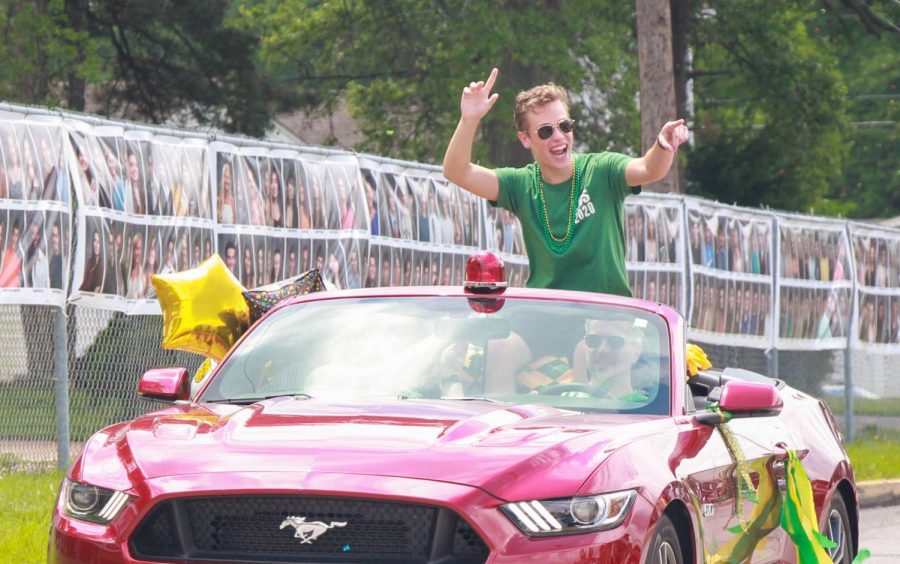 Lindbergh High School 2020 graduate Jimmy Keating celebrates graduation with his classmates in a socially distanced car parade May 26, the original date of graduation.

School districts in St. Louis County had hoped that the Class of 2020 could have some semblance of a normal graduation ceremony this summer, but Chaifetz Arena has canceled all graduations set to be held there any date before August.

That means graduations for both the Mehlville and Lindbergh school districts will not go on in person as planned, at least for now. The Fox School District’s graduation rescheduled for Chaifetz will also have to be rescheduled, along with Kirkwood, which had two tentative dates scheduled at Chaifetz.

It was unclear whether the restrictions came from St. Louis University, which owns Chaifetz, or whether Chaifetz canceled because of the existing restrictions from the city of St. Louis on large in-person gatherings. Representatives of the university did not immediately respond to a request for comment.

A spokesman for Mayor Lyda Krewson said that the city has not provided specific guidance on graduations and had not specifically reached out to Chaifetz on the issue, but has issued guidance on entertainment and attractions, including arenas, that was developed by a task force with representatives from area attractions like The Magic House and the Missouri Botanical Garden.

Mehlville had originally said that the show would go on July 19 with a virtual ceremony if no physical one could be held, after a committee that included Oakville and Mehlville high school seniors said that they wouldn’t have any interest in an in-person ceremony any later than August. The district just found out Monday, and Assistant Superintendent Jeff Bresler sent a message to students that same day with the bad news.

But Bresler said the district would investigate alternate sites.

“We are disappointed in yet another change of plans,” Bresler wrote. “However, we are doing everything we can to create a graduation experience that recognizes and celebrates the Class of 2020 for Mehlville High School and Oakville High School. Our goal is to have an in-person graduation to honor the feedback we received from students and parents. We are investigating all available venues to see if we can hold graduation at an alternate location on our near July 19. We hope to know more this week and will share updated information as soon as possible. Thank you for your patience and understanding.”

The Lindbergh ceremony will have to move forward at a later date or an unknown other place, Lindbergh High School Principal Eric Cochran said. It was originally scheduled for May 26 and then was rescheduled for June 27.

In a message sent Friday to students, he said that alternatives could include finding another venue for a traditional ceremony, hosting a ceremony on Lindbergh’s own campus or exploring an “alternative, creative model. All options remain on the table, but we are committed to exploring some form of graduation for our seniors.”

Lindbergh is exploring options this week and will know more by the end of the week or early next week, Chief Communications Officer Beth Johnston said.