Casino a ‘game-changer,’ according to council chair 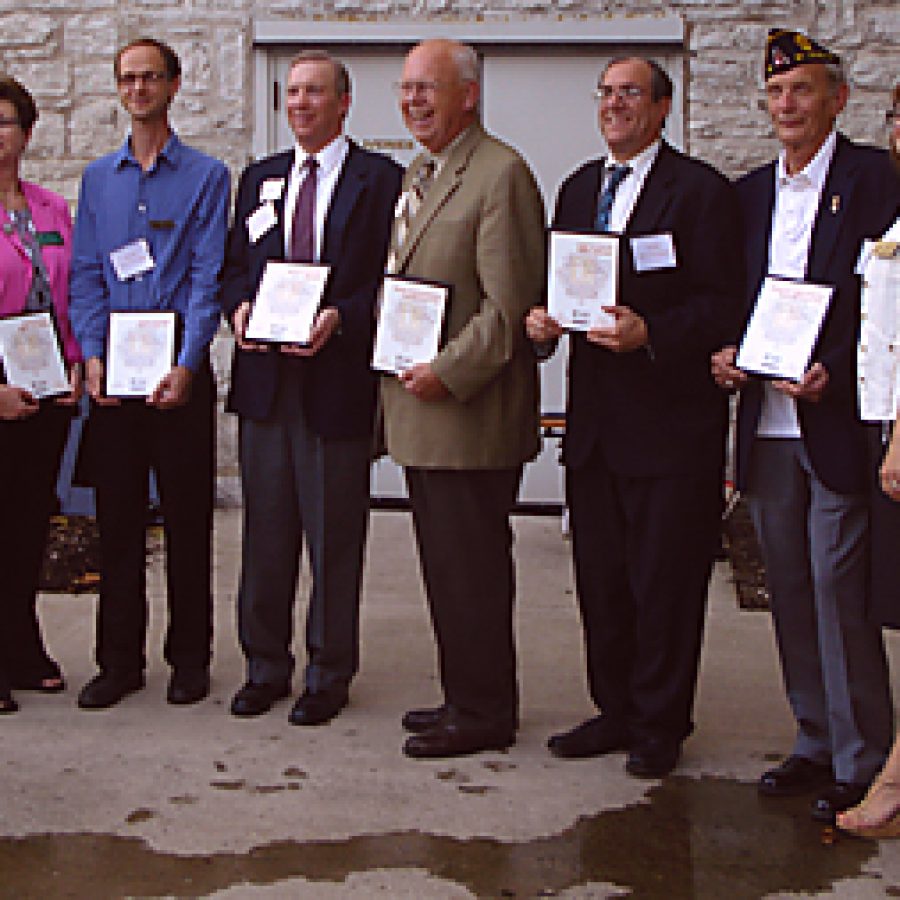 When Pinnacle’s River City Casino opened its doors in March 2010, people predicted the project would be a “game-changer” for the Lemay community, the County Council chairman said last week.

“And I will tell you it absolutely was a game-changer,” said Councilman Steve Stenger, D-south county, before the county Port Authority awarded a third round of community reinvestment grants from the casino’s rent payments. “And it is a game-changer.”

County officials and roughly 300 Lemay residents, community leaders and organizations gathered at Jefferson Barracks Aug. 22 for an update on efforts to breathe new life into the area.

“Everywhere you turn in Lemay there’s slow and steady revival,” said county Economic Council President and CEO Denny Coleman. “… There is honest to goodness revitalization going on here in Lemay. Whether you call it revitalization, rebirth, rejuvenation — pick any word you want, it’s an exciting time. And every person from the corner shopkeeper to school leaders to sports enthusiasts has united behind this revival.”

Part of last week’s program was the formal presentation of more than $1.7 million in grants from the Port Authority’s Community Reinvestment Fund to six organizations.

The Port Authority will use 75 percent of the $4 million annual lease payment from River City Casino until 2014 to fund economic development projects in Lemay.

Grants are awarded to organizations based on the merits of the project for which they’re seeking funds.

 American Legion Post 15, which received $250,000 to construct a World War I Court of Honor Memorial at Jefferson Barracks National Cemetery.

 South County Economic Improvement Corp., which received $30,000 to spruce up the interchange at Interstate 255 and Telegraph Road.

 Lemay Housing Partnership, which received $780,000 for a number of endeavors, including a home improvement loan program, grants to low-income homeowners who cannot afford repairs for their homes, the addition of a full-time volunteer manager and strengthening the LHP’s capacity as an organization.

 Mid-East Area Agency on Aging, which received $500,000 to purchase property in Lemay for a new South County Senior Center.

 Lemay Housing Partnership/Legal Services of Eastern Missouri, which received $18,500 to educate Lemay homeowners about their rights and responsibilities through its Economic Development and Stability for Lemay Homeowners program.

 Missouri Civil War Museum in Jefferson Barracks Park, which received $150,000 toward the construction of a Civil War Studies Center.

The Port Authority gave $1.7 million in first-round grants to seven Lemay organizations last September and roughly $750,000 to nine groups in April, for a total of more than $4 million in awards so far.

Officials last week also updated residents on the progress of other revitalization projects made possible by River City lease-payment funds.

, as part of a plan to develop and market a new identity for Lemay.

With funding from the Port Authority, the chamber partnered with public relations firm Fleishman-Hillard to develop a Branding and Streetscape Plan with input from residents, businesses and community leaders, he said.

“They’ve come out with a streetscape and a branding plan that is really I think going to be something to help change the image of Lemay and to take the building blocks that we have, the small treasures that we have and some of the misperceptions that we have, put those to bed and enhance what we really have here in Lemay,” McArthur said.

Work will begin right away to incorporate the new logo on street banners, light poles and eventually, street signs, he said.

Businesses and commercial property owners along Lemay’s commercial corridors can apply this fall for funds to make exterior improvements as part of the Facade Program. The Port Authority has authorized $100,000 for the program. Applicants can receive up to a $10,000 grant per project, with a dollar-for-dollar match.

Plans also are in the works for a Lemay Community Center, which Economic Council Vice President and General Counsel Andrew Ruben characterized as “at the heart of what I think many in Lemay have been looking for for years.”

“And it is right at the top of our list as well,” Ruben said. “And when the River City project finally came to fruition, it took a tremendous step forward.”

The Port Authority has $5 million for the project along with a grant it obtained several years ago to design the facility, Ruben said.

Out of 11 parcels reviewed as potential sites for the Community Center, consultants recommended a county-owned six- to seven-acre piece of property on the north end of Jefferson Barracks at the corner of South Broadway and Kingston Drive.

Officials are facing some challenges with the project as the site contains sinkholes and has a pipeline running through it, though Ruben noted the Port Authority upon further review determined the land still is usable for the facility.

In addition, after culling Lemay residents’ suggestions for amenities in the proposed Community Center — such as a pool, gymnasium and weight room — the price tag for the facility hit $19 million, Ruben said.

The Port Authority partnered with Cannon Design after a public procurement process to come up with a list of cheaper options for the center, which will be presented in the next months to get consensus on what the facility should look like, he said.

“Because some of this money literally has come out of the sky. Others we’re going to have to raise either from the Port Authority or from the community or from the county or from some other source,” Ruben said. “And so that’s the next step. After we get that kind of consensus, they can go through schematic design and really put in on paper, get a final cost on it and we can really move forward with finalizing fundraising and after that, the project starts to become a reality …’