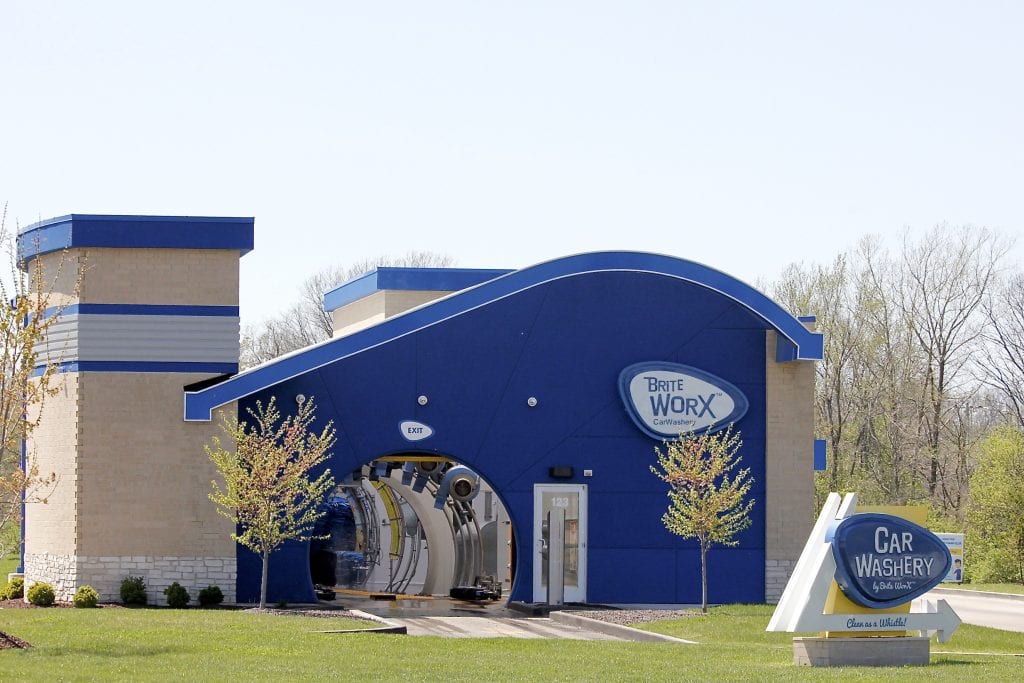 The BriteWorX location in Columbia, Illinois.

A little over a year after the Crestwood Board of Aldermen twice rejected a proposal for a BriteWorX car wash at 9846 Watson Road, aldermen approved the plan following a lawsuit and settlement between the company and the city.

BriteWorX first approached Crestwood with a proposal to build a new car wash at 9846 Watson Road, currently the site of the shuttered Sweet Tomatoes restaurant, back in March 2019.

The city’s Planning and Zoning Commission first reviewed the petition and found concerns with fire safety, compliance with Crestwood’s Comprehensive Plan and sound pollution among other issues, and ultimately voted to recommend denial of the petition by a vote of 4-3.

From there, the petition for the conditional-use permit, or CUP, was heard by the Board of Aldermen at its March 2019 meeting, where it failed 4-3.

However, the submitted site plan was approved 5-2, prompting the board to reconsider the application for the CUP at its April 2019 meeting, where it ultimately met the same fate, failing by a vote of 6-2.

At that time, both aldermen and residents who spoke during public comments expressed that they wished to wait and see what happens with the Crestwood mall site, which the proposed BriteWorX is down the street from.

At the time, the mall site was under contract by Walpert Properties, which planned to buy the site from Chicago-based UrbanStreet Group and turn it into a development similar to that of the Streets of St. Charles, contingent on landing tenants and businesses.

However, the COVID-19 pandemic and subsequent economic fallout caused Walpert Properties to back out of the deal, and the mall lot is once again waiting for a developer.

Mayor Grant Mabie told the aldermen at the July 28 meeting that as part of the settlement deal to end litigation between BriteWorX and Crestwood, the board had to once again consider the petition for the CUP and the site plan.

“As you know the parties have entered into a settlement agreement to resolve pending litigation and this CUP ordinance and site plan ordinance are back before this board as a part of that settlement of litigation,” said Mabie. “Public hearings were previously conducted March 26 and April 9 of 2019, and Planning and Zoning reviewed the CUP and site plan prior to that.”

The proposal presented to the board this time around included changes to the building’s facade and landscaping to more closely align with the Comprehensive Plan. According to the proposed ordinance, the vacuums that the car wash will use will “not contain spherical or orb-shaped trash cans” but will instead use blue cylindrical trash cans and cannot be operated later than 8 p.m. each day.

Unlike the first time the Crestwood aldermen heard the proposal, there was no discussion over the petition.

A first reading was conducted for the CUP, which passed by a vote of 7-1, with Ward 2 Alderman Justin Charboneau as the dissenting vote.

Kennedy, Stadter, Breeding, Duncan, Hall and Shipley voted in favor of the site plan during both the first and second readings.