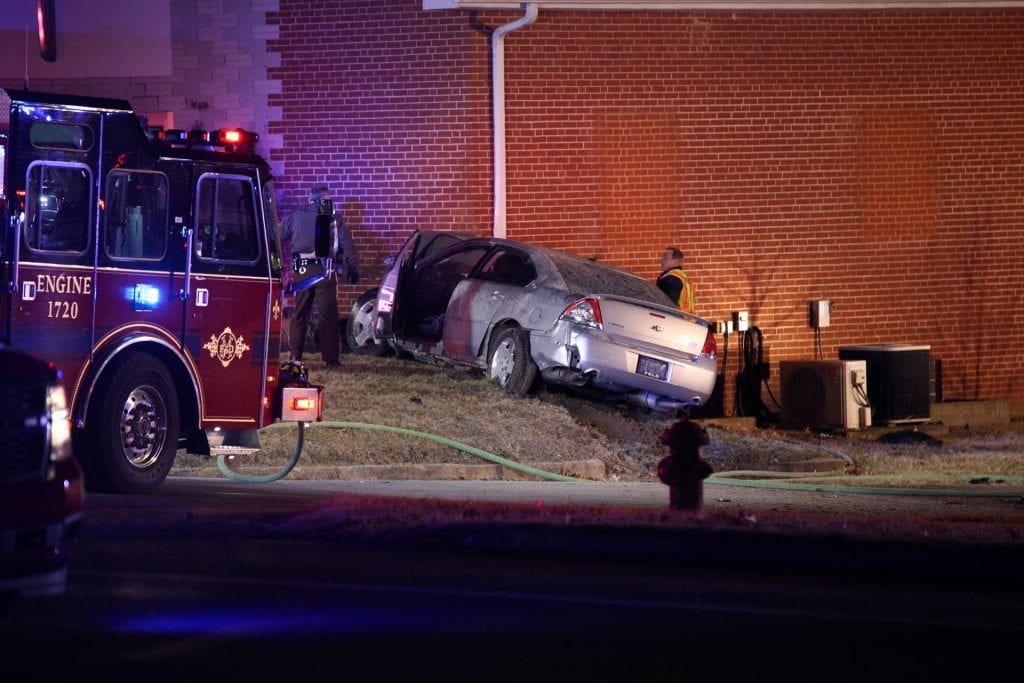 A 16-year-old driver and his three teenage passengers went to the hospital with serious injuries after the car they were in crashed into a church on Telegraph Road Friday night.

The one-car accident happened around 9:45 p.m. Friday. A 2006 Chevrolet Impala crashed into the Hope Vineyard Church, 2923 Telegraph Road in Lemay, while heading southbound on Telegraph.

The car ran over a curb before it hit the brick side of the church, causing “severe damage to the car and moderate damage to the building,” police said.

Inside the Impala were four occupants: three 16-year-old boys and a 15-year-old girl. All four were taken to local hospitals for serious injuries.

Speed was a contributing factor in the crash, but a police spokesman could not confirm whether any tickets were issued.