Candidates for 3rd Congressional District seat square off at forum 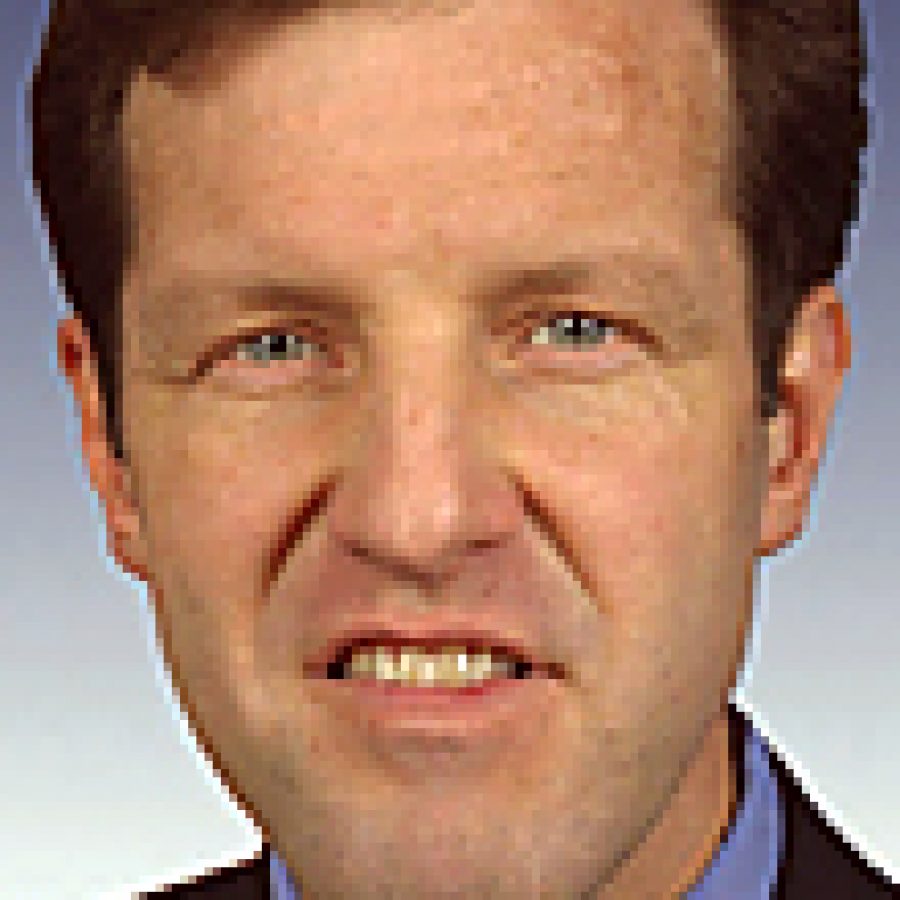 Candidates vying for the 3rd Congressional District seat in the Nov. 2 election recently squared off in person for the first time.

The forums were sponsored by the League of Women Voters.

Libertarian candidate Steven Hedrick was invited to the forums but was unable to attend.

The candidates were asked Sept. 24 if they had any “positive ideas” for turning around the economy.

Martin said, “I think we should stop the stimulus …We should get Congress to live within its means right away. And then we should do a couple things that Congress can do concretely. Lower the regulatory and tax burden for small businesses … (G)o about figuring out how we can create a trade environment where we are not competing against China who is cheating regularly … The last thing we need to do is have a congressman who is here and fights for our jobs in our neighborhoods.”

Ivanovich said, “We don’t manufacture much of anything anymore. And if we’re going to restart this country, we have got to look at what’s good for us and not be caring about what’s happening to our global partners across the world, especially when those partners are China and communism and actually opposite in every aspect of what we believe in. I’m for renewing the tariffs we had when this country was prosperous. Tariffs allow us to control our own economy by making our own decisions.”

“I think we need to focus on what works here,” Carnahan said. “Working with businesses and community leaders here that have identified priorities in terms of tax cuts for small businesses, access to credit — both of those are going to be improved by a (small business lending) bill that was passed this week — investing in transportation and infrastructure which is the lifeblood of our region and expanding trade …”

Asked what aspects of the health care reform bill signed into law by President Barack Obama earlier this year they would retain or reject, Martin said, “The government takeover of health care is a low moment in American history. How it was passed is an embarrassment to America.

“They did it with back-room deals, inside deals, kickbacks and used a process that was never used before. So based just on how it was passed, we should repeal it. We also should admit that it’s too expensive … Within the bill there are some things that are helpful to discuss, to try to figure out how to pass. Pre-existing conditions, we know how to fix that with high-risk pools. Some of the protections for children. But we didn’t take on the insurance companies and force them to do what they didn’t want to do, which was compete across state borders. So we need to go back and start again and do it in the light of day, where everyone in America has confidence that it’s … common-sense health care reform.”

Ivanovich said, “The health care bill was passed and no one knew what was in it … Health care is not in the Constitution. The Founders decided the people were smart enough and capable of handling their own health care …

“They didn’t feel the federal government should monitor every person’s health and decide whether or not they should get treatment when they’re getting older and that treatment could go to better purposes. That’s what we’re facing right now: socialism to the max.”

Carnahan said, “I believe that we needed to fix health care and not repeal it … Health insurance companies now have to pay 85 percent of their premium dollar to cover health care … The important components that are in this bill: ending pre-existing conditions this year for kids, tax cuts for small businesses to help them cover the cost of health care, helping seniors cover prescription drugs and keeping young people on their parents’ coverage until they’re 26. Those are important reforms. And by the way, these are reforms and ideas that have been around for many years. They are Republican and Democratic ideas that were put together in this bill to be able to move forward to fix a broken health care system in this country.”

The candidates were asked if privatizing Social Security, given the rough economy, “has any credibility as a solution to the long-term viability of that system.”

Ivanovich said, “Compared to the long-term viability of the debt we have in Congress, I’m not so sure it’s not a good idea. We started Social Security under the premise that the U.S. government would go on forever and would always be there for our retirement. But now we’re beginning to see the real truth of the situation.

“The government is broke … I say give people a choice. If you want to put your money in government, fine … But if you want to invest it on your own, you should be able to do that with no questions asked.”

Carnahan said, “One of the first things that happened when I got to Congress in 2005 was that President (George W.) Bush announced his plan to privatize Social Security.

“We fought that then, and thank goodness it didn’t happen before the stock market went south. That would’ve been a terrible idea back then. It’s an even worse idea now. The Social Security system has been stable for 75 years, has one of the most efficient ratings in terms of any agency … I oppose privatization of that …”

Martin said, “(W)hat we need to look at is how to control spending and honor the commitments we’ve made. I think that our seniors … who paid into Social Security deserve to be paid out … And we need to make it clear to young people that when you pay into Social Security, it’s not going to be raided and stolen by the spending priorities of (House Speaker Nancy) Pelosi/Carnahan.”

Asked about campaign-finance reform, Ivanovich said, “I think openness is mandatory. I think the idea of contributions to a candidate from outside his district are somewhat problematic. There’s the old adage, ‘If you can’t vote, you can’t contribute’ … I think money is what’s causing corruption in our government. Millions and millions of dollars to run for an office that pays $200,000. We know what’s going on. The question is: Do we have the will to stop it?”

Carnahan said, “We do need additional efforts on campaign-finance reform. We do have a requirement now of disclosure of contributions. But we also have the problem with the recent Supreme Court case that opened the door basically for unlimited corporate contributions. I think that’s wrong. We need to end that. There’s a bill in the Congress — it passed in the House and is pending in the Senate — called the Disclose Act that would require the disclosure of those corporate contributions. It would require a CEO to do a disclaimer on any ads that are done, just like candidates have to do, so we don’t have these mysterious, hidden contributions involved in our campaign process. The bottom line is we have to start with disclosure so the public knows where the messages are coming from.”

Martin said, “We want to have instant transparency on all giving to any candidates. It ought to show within 24 to 48 hours where people get their money so that we’re clear who’s contributing … to our campaigns. It’s really a difficult process to raise the money to compete, and I think that transparency would give people some confidence in the process.”

The candidates were asked about term limits for Congress.

Martin said he supports term limits to end a “culture of corruption” with a mindset not of taking bribes, but that “we can do with your money and your life what we want.”

Ivanovich said, “Term limits are the one thing we can control. We can’t control the billions and billions of dollars that are pouring into our government that isn’t called bribery, but we can control how long they’re up there and how much damage they can do. So at this point I would say we should have a larger turnover. We should have even more parties in government so that government can’t be captured by special interests and serve to no longer represent the people of this country.”

Carnahan said, “When I was in the state Legislature, I worked in a bipartisan way with folks on the other side of the aisle to try to extend our term limits from eight years to 12 years, because we saw a dangerous trend in our Legislature that was actually increasing the power of the unelected — the unelected bureaucrats, the unelected lobbyists. And if you look at our state Legislature today, many who’ve been watching it for years agree that it’s the worst ever. So term limits have not really been the answer in Missouri.

“I think having proper campaign-finance laws and having voters decide who they want to be in elective office is the right thing to do. So I do not favor more strict term limits, and I think we look at what’s happened in Missouri and other states with term limits, and it’s not done much to address the problems that people thought it would.”

Among the other issues discussed by the candidates:

 Cap and trade: Ivanovich said he opposes the energy legislation because it would “cripple” with taxes American businesses that have already been taxed enough. Carnahan said he supports cap-and-trade because the U.S. must be able to compete globally in the field of “green” manufacturing with such nations as China. Martin said the legislation is not about energy but transferring wealth to special interests.

 “Don’t Ask Don’t Tell” policy against gays serving openly in the military: Ivanovich said the country shouldn’t at this point be “experimenting” with its defense. Carnahan said the military should not discriminate against gays and lesbians who want to serve their country. Martin said the decision whether to continue the policy should be left to military generals.

 Extension of the Bush-era tax cuts: Carnahan said he supports making permanent the tax cuts for the middle class, but extending those for the “wealthiest” Americans should be a “secondary priority” because it is not affordable. Martin said the government shouldn’t be discussing how to raise taxes on anyone in the current economic climate. Ivanovich said the federal government needs to start reducing its size and payroll.