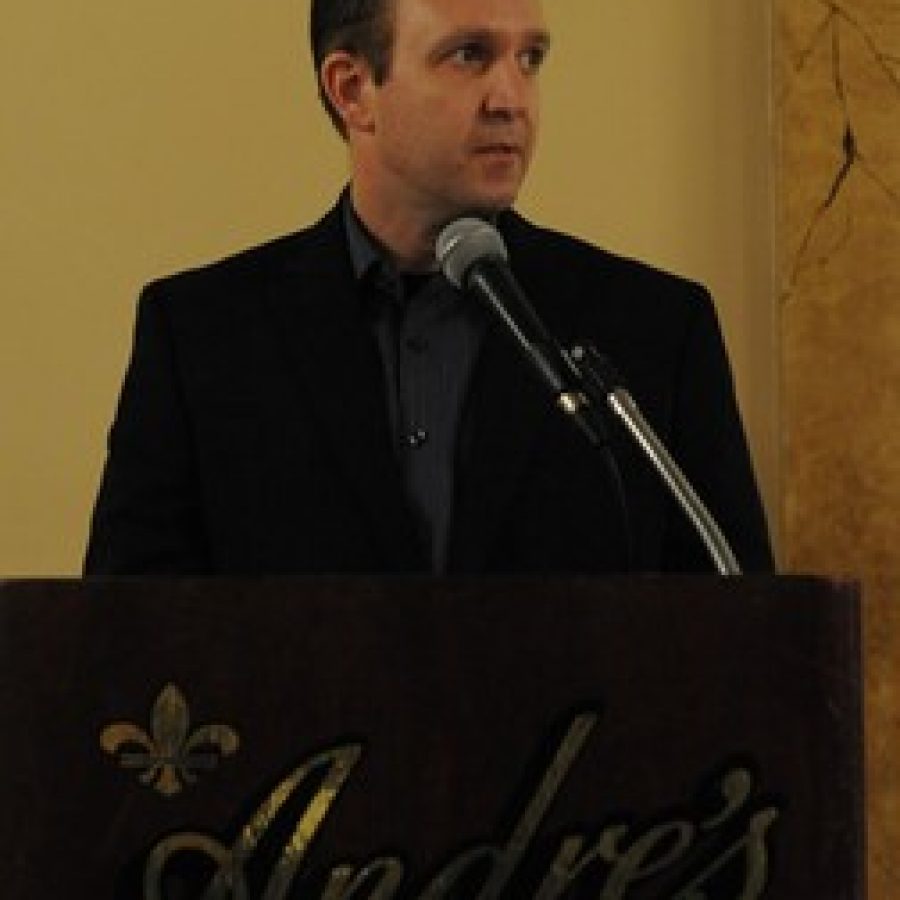 Candidate filing for the April 5 municipal and school board elections began last week and will continue until 5 p.m. Tuesday, Jan. 19.

In addition, seats on the Lindbergh and Mehlville school boards are up for election.

Aldermanic seats held by Richard Breeding of Ward 1, Mary Stadter of Ward 2, Bill Boston of Ward 3 and Cindy Minor of Ward 4 are up for election. The seats carry three-year terms.

Ismaine Ayouaz, who serves on the city’s Park Board and Economic Development Commission, is running as a write-in candidate for the Ward 4 seat.

Ayouaz, who was born in Paris, France, became a U.S. citizen earlier this year. To be an alderman, he must reside in the ward he will represent and must be a registered St. Louis County voter for at least 12 months. Ayouaz will meet all requirements by the time of the April election, but will not have been a registered voter for 12 months at the time of the filing deadline.

Minor was appointed to the Ward 4 seat after Mike Tsichlis stepped down from the Crestwood board when he and his family sold their home, but could not find another house within the city limits and moved to the nearby Sappington-Concord area. Tsichlis announced he would run for a seat on the Lindbergh Board of Education.

Aldermanic seats held by Carol Hamilton of Ward 1, James Jones Jr. of Ward 2 and Fred Baras of Ward 3 are up for election.

Jones was appointed earlier this year to the seat formerly held by Jackie Wilson, who had served on the board since 2004. Wilson resigned her seat because she moved from the city.

Hamilton, Jones and Baras have filed for election.

Up for election in April are trustee seats held by Treasurer Pat Williams and Clerk Sue Ehrhardt. The seats carry two-year terms.

Williams and Ehrhardt have filed for election.

The mayoral post held by Mark Furrer is up for election. In testimony last week during his jury trial on two felony charges, Furrer said he would not seek re-election. A judge declared a mistrial in the case, but county Prosecuting Attorney Robert McCulloch said he will try Furrer again on charges of assault and property damage.

In 2014, Nolan was unopposed for re-election, but was defeated by Furrer, who launched a write-in campaign for mayor two weeks before the April 8 election.

Also up for election are aldermanic seats held by Richard Gau of Ward 1, Thomas Musich of Ward 2, Kurt Krueger of Ward 3 and Donna Ernst of Ward 4, and the city collector’s post held by Mike Sawicki. All of the seats carry two-year terms.

Gau, Musich, Krueger and Sawicki have filed for election.

Seats held by Kara Horton and Gary Ujka are up for election on the Lindbergh Board of Education. The seats carry three-year terms. David Reinhardt, Tsichlis, Ujka and Jennifer Miller have filed for election.

Seats held by Lori Trakas and Larry Felton are up for election on the Mehlville Board of Education. The seats carry three-year terms. Felton and Kevin Schartner have filed for election.