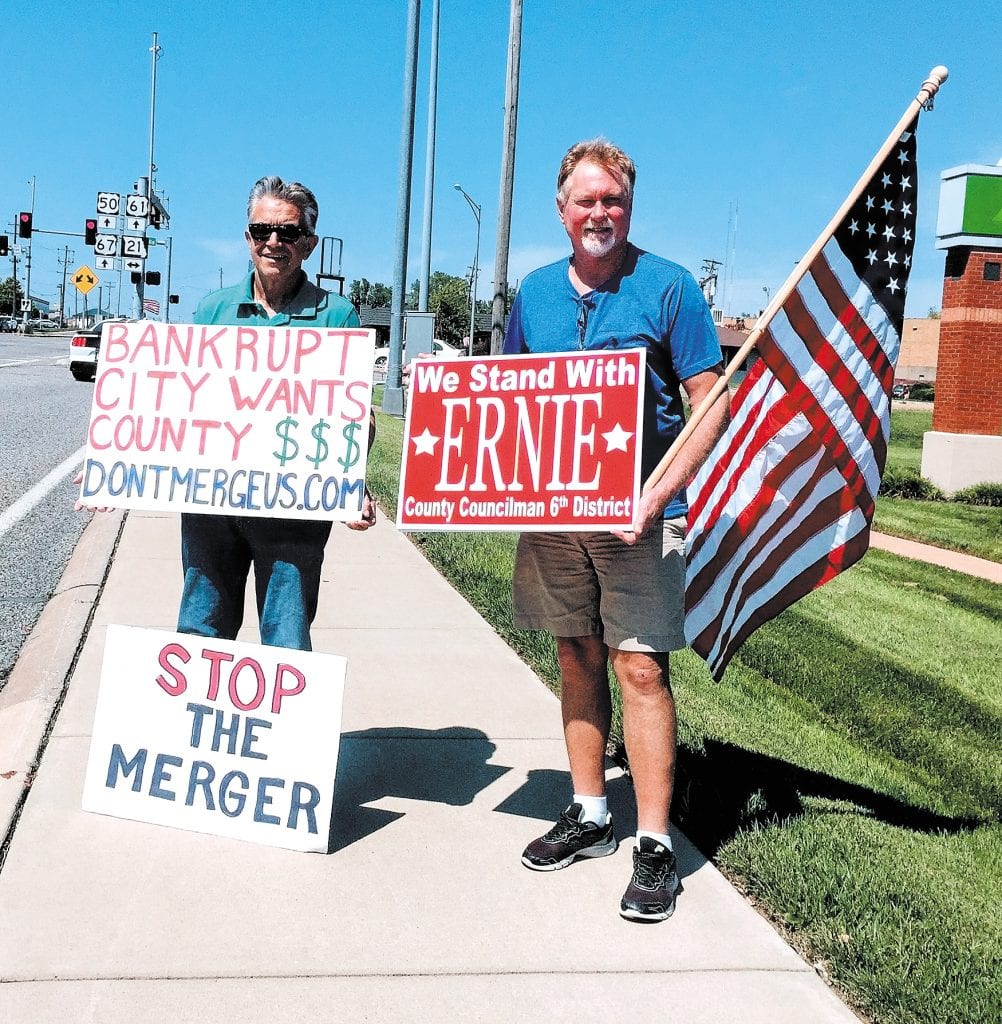 Roughly 20 members of south county Republican groups waved signs in a show of support for 6th District Councilman Ernie Trakas, R-Oakville, at the intersection of South Lindbergh Boulevard and Tesson Ferry Road in 2017. Trakas himself made an appearance at the event with signs against a city-county merger. The councilman is pictured alongside supporter Paul Alvino of Oakville, right. Photo by Gloria Lloyd.