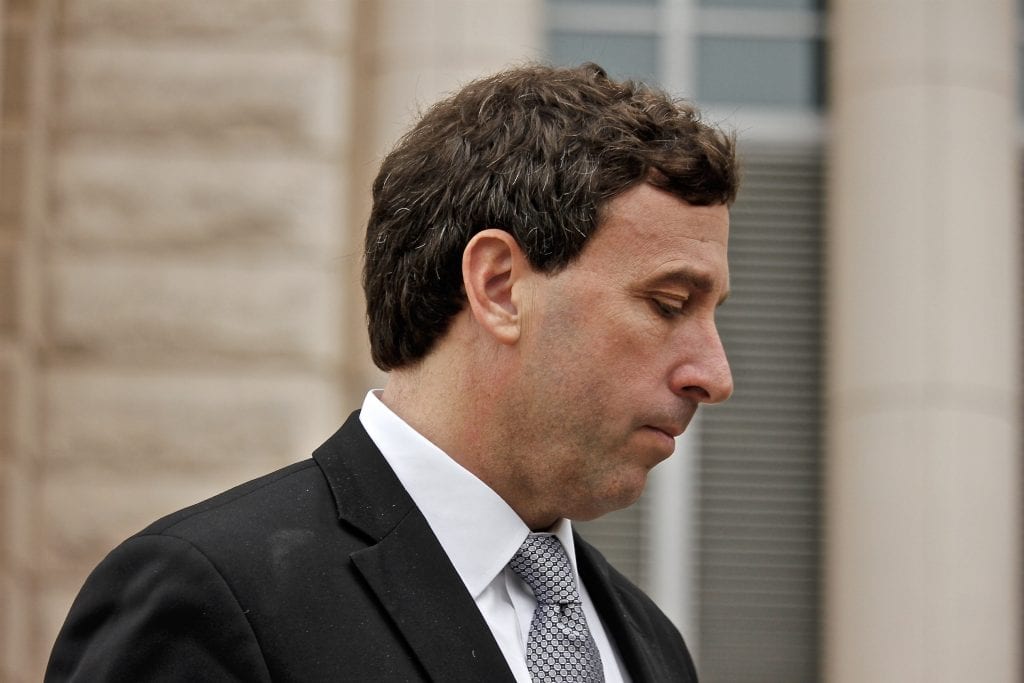 Former St. Louis County Executive Steve Stenger exits the Thomas F. Eagleton U.S. Courthouse in downtown St. Louis May 3, 2019, after pleading guilty to three charges of theft of honest services/bribery and mail fraud. Stenger initially pleaded not guilty to the charges at an arraignment April 29 after an April 25 indictment was unsealed that morning, prompting Stenger to resign as county executive minutes later.

The businessman who urged former County Executive Steve Stenger to give him lucrative county contracts in exchange for campaign donations has been indicted for the same crimes as Stenger.

Rallo was set to appear before U.S. Magistrate Judge John Bodenhausen for his initial appearance and arraignment on the indictment at 9:30 a.m. Friday.

When that plan failed, the indictment alleges that Stenger took official action to insure that Rallo and his company, Cardinal Creative Consulting, obtained a sham 2016 consulting contract through the St. Louis County Port Authority.

If convicted, Rallo faces a maximum penalty of 20 years in prison and a $250,000 fine for each charge.  Restitution is also mandatory.

In determining the actual sentences, a judge is required to consider the U.S. federal sentencing guidelines, which provide recommended sentencing ranges.

The Federal Bureau of Investigation and the Postal Inspection Service are investigating this case with the assistance of the Internal Revenue Service Criminal Investigations.  Assistant U.S. Attorney Hal Goldsmith is handling the case for the U.S. Attorney’s Office.