Businessman in Stenger case sentenced to 17 months in prison 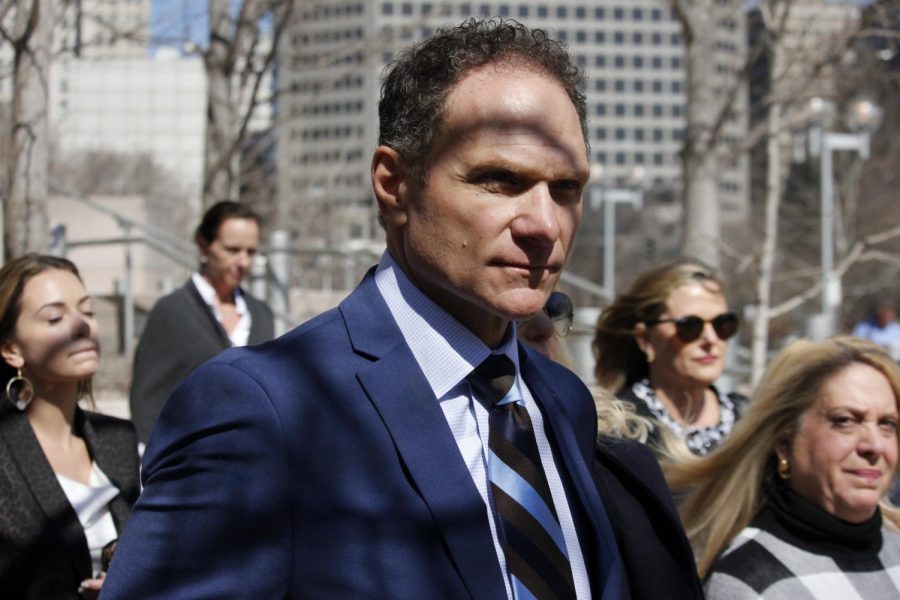 The businessman who urged former County Executive Steve Stenger to give him lucrative county contracts in exchange for campaign donations was sentenced to 17 months in prison Thursday — lower than federal guidelines.

John Rallo, 54, now of Utah and formerly of St. Louis County, is the final person — so far — to be sentenced in the pay-to-play corruption scheme surrounding Stenger and Rallo’s phony St. Louis County contracts, a scheme that sent the former county executive to prison for a four-year sentence.

Under the sentence imposed by U.S. District Judge Richard E. Webber in St. Louis, Rallo will spend 17 months in prison and two years under supervised release, the federal equivalent of probation. He paid a small court fee but will not have to pay $130,000 in restitution for the fake contract he received from St. Louis County, since Stenger already paid that restitution. Federal sentencing guidelines called for 21 to 27 months.

Rallo pleaded guilty to three counts of honest services/bribery, all felonies. Webber sentenced him to 17 months on each charge, to be served concurrently. Each charge could have carried a sentence up to 20 years in prison and a $250,000 fine.

“This defendant was the quid, and Stenger was the quo,” U.S. Attorney Hal Goldsmith said in court.

Rallo’s family members attended his sentencing hearing at the Thomas F. Eagleton Federal Courthouse in downtown St. Louis, and the businessman’s arguments for avoiding prison time mostly revolved around them.

Rallo’s attorney John Rogers asked for probation or home confinement instead of the years in prison requested by federal attorneys because he said Rallo has suffered enough, is supporting his family and raising two young children and needs specialized treatment for thyroid cancer, which is currently in remission.

The pleas for leniency came despite Goldsmith’s argument in court that Rallo was the person most culpable in the scheme besides Stenger, planting the seed for multiple schemes with Stenger at Sam’s Steakhouse in South County in October 2014 and giving Stenger roughly $10,000 in campaign donations in exchange for a fake $130,000 Port Authority marketing contract.

Rallo also bought money from the county in two land deals where the bids were tipped in his favor by then-St. Louis Economic Partnership CEO Sheila Sweeney, who received probation for her role in the case.

Stenger’s Chief of Staff Bill Miller, who wasn’t around during the heydey of the Rallo schemes, was sentenced to 15 months in prison last year and is serving his time in Kentucky. Stenger is serving his sentence in Yankton, South Dakota.

When that plan failed, the indictment alleges that Stenger took official action to ensure that Rallo and his company, Cardinal Creative Consulting, obtained a sham 2016 consulting contract through the St. Louis County Port Authority.