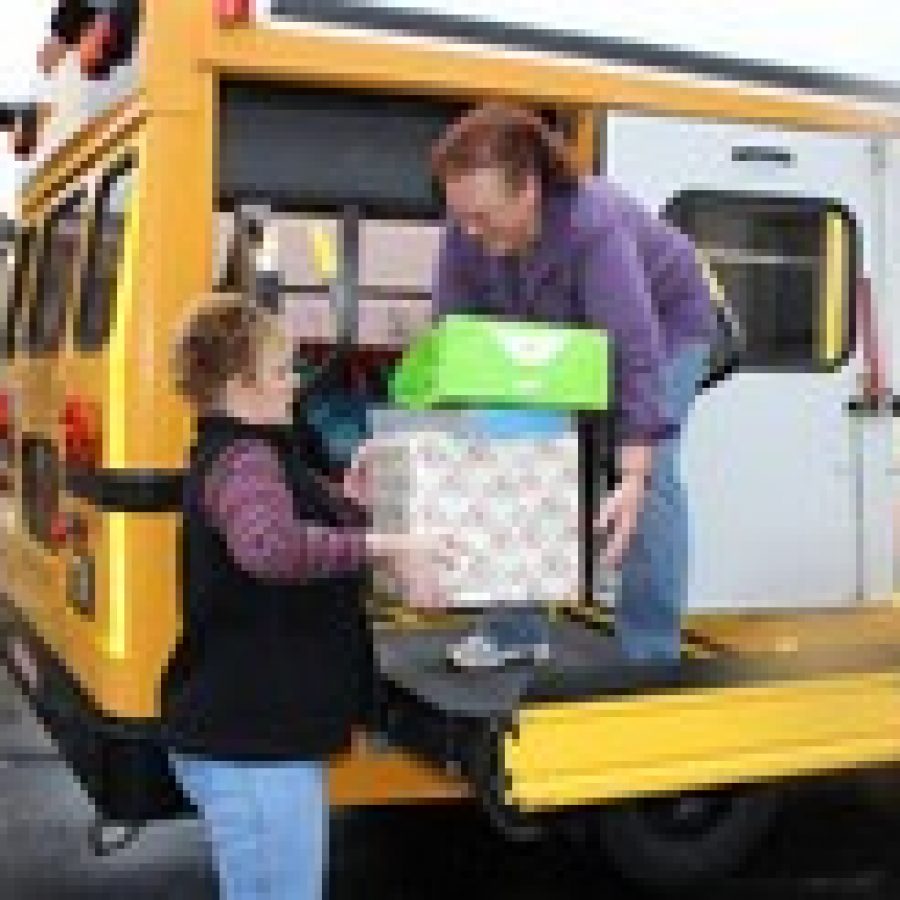 Driving students to school every day gives bus drivers a chance to get to know their young passengers, and they learn which families might have fallen on hard financial times due to the economy or a medical crisis, according to a district news release. Every holiday season the drivers play Santa Claus to a couple of those families and provide gifts that they probably wouldn’t be receiving this year, the release stated.

On Monday, Dec. 17, transportation workers gathered dozens of wrapped gifts donated by fellow drivers and loaded them into the district’s version of Santa’s sleigh — a big yellow bus — and delivered them to two families. The gifts will be hidden away until Christmas morning, when they are certain to bring smiles to faces both young and old.

Transportation Director Dan Gilman stated in the release, “Our bus drivers really care about the children they take to and from school. Being able to brighten the lives of kids who might not have a Christmas means a lot to our employees, and I am so proud that they have continued this very special Mehlville tradition.”