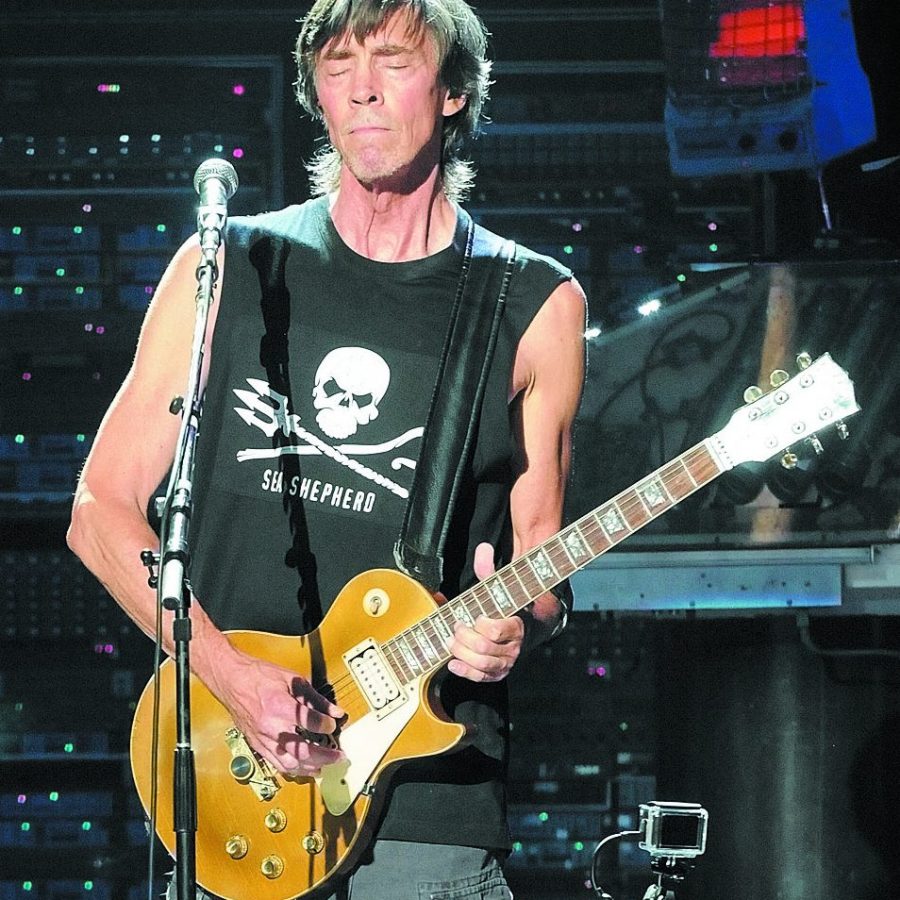 Tom Scholz celebrated the 40th anniversary of the blockbuster debut album by his band, Boston, last year.
This year, he’s marked another milestone — his 70th birthday.
But this is one 70-year-old rocker who doesn’t look or act that age. Still tall and slender with a full head of brown hair that he doesn’t need to color, Scholz said turning 70 was a non-event for him.
“I don’t notice that 70 is any different than 60. For that matter, I didn’t feel that 60 was any different than 50,” Scholz said. “So I’m not feeling it.”
That might be an understatement. Scholz was calling during a brief five-day break in the headlining part of Boston’s “Hyper Space” tour, and as someone who has no free time once the group is on the road, he chose to spend part of his free time doing the kinds of physical activities that he’d typically do when he’s not on tour.
“I have been to the (ice) rink twice because I had been off of the ice for over six weeks. So I had to go through my repertoire of ice skating jumps,” said Scholz, an avid skater. “I did that and I went to the gym twice and I raced my dog up the hill yesterday.”
Sports and other physical activities have certainly played a role in Scholz’s fitness.
But he also believes his decision to follow a vegetarian lifestyle more than 30 years ago has paid huge health dividends.
“I have a family that has a history of cardiovascular (problems). I have none of that,” he said. “My blood pressure is normal. I don’t take any medication or anything else. There’s no question that the fact that I became a vegetarian over 30 years ago changed everything about the way I sort of aged and also healed. You know, since I’m always active in sports and building things and doing things, along with ice skating, come injuries. It’s automatic. So I haven’t had a problem with being able to recover. I think that (being a vegetarian) has to have something to do with it.”
The 70th birthday, obviously, was something Scholz saw coming. The same can’t be said about that 1976 debut album and the immense success that followed its release. In fact, Scholz said, he had spent the preceding five-plus years making demos of his songs, shopping them to record companies, radio stations and other music business contacts and getting nothing but rejections.
He decided to make one last set of demos, and if nothing happened, he’d give up on music, settle into family life and stick with his job at Polaroid.
“I was an engineer working full time and I saw what my sort of career path and my life was going to shape up to be, and I was perfectly happy with it,” Scholz recalled. “Boston was a pipe dream and I never, never expected, even after I got the record deal, which was totally unexpected, even after I got that and made the (first) record, I went back to work at Polaroid. (I didn’t expect) it to succeed.”
But then that final demo generated interest from three record labels, with Epic Records eventually signing him to a deal.
Forty-plus years later, guitarist/keyboardist Scholz, of course, is still going strong, touring and recording with the latest Boston lineup, which includes Gary Pihl (guitar), Tommy DeCarlo (vocals/keys), Tracy Ferrie (bass), Beth Cohen (keys/guitar) and either Jeff Neal or Curly Smith on drums. And several songs from that debut album remain cornerstones in a live set that encompasses 40 years of Boston as a band — a career that has seen the group sell 75 million copies of its six studio albums, including 17 million copies of the first album, one of the best-selling debut records in history.
This year’s tour, though, has plenty of aspects that set it apart from shows Boston has presented on recent tours, beginning with some new visual effects.
“We do have some of the things that people have come to expect. You get to ride in the jump seat of the Boston mothership as it goes through space and various other places,” Scholz said. “There are some really phenomenal onstage high-energy electrical discharges, as I call them, pops of lightning that interrupt the show in a few places — as always, a fan favorite. (But) we have a lot of new bits that we do.”
The show is also different than the usual rock concert on a musical level.
“Of course, we cover as many of the hits and the songs people would like to hear as possible, but this is a real concert, where we don’t play a song and then talk about the next one and then play that one,” Scholz said. “Basically when you get there you’re going to be enveloped in this ongoing performance. There are only two spots in the whole night where the music actually stops. It was a big effort. A lot of new writing went into segues and new instrumental passages and so forth. But we have a great time with it on stage, and the audiences have been really going bananas over it.
“You know when you go home, you saw something special,” he said.
Boston will perform at 7:30 p.m. Wednesday, July 5, at the Hollywood Casino Amphitheatre, 14141 Riverport Drive, Maryland Heights.