Bob Burns wins a three-way race to take on Trakas 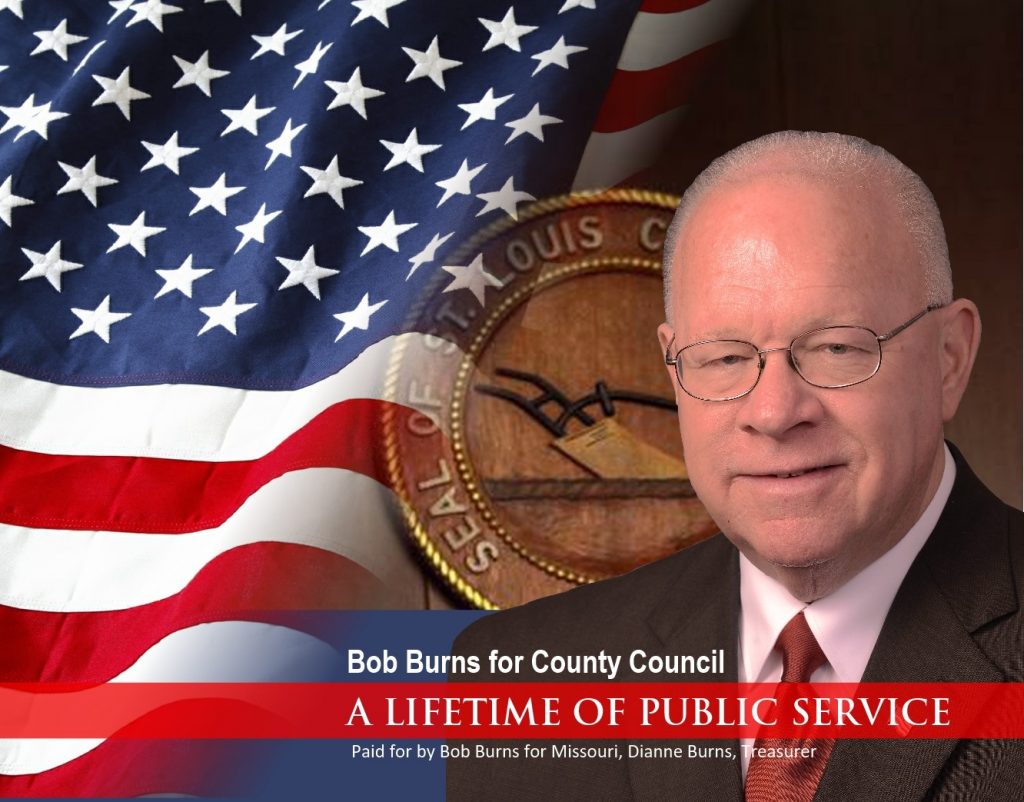 Trakas, R-Oakville, was elected in 2016 in the 6th District, which represents Oakville, Lemay, Green Park, Concord and Affton.

Burns, D-Affton, has represented the 93rd District seat of Affton and Lemay in the Missouri House since 2012 and is now term-limited. He defeated opponents Alex Lange and Venki Palamand in the Democratic primaries last week. Burns garnered 7,054 votes or 37.43 percent, Lange earned 6,001 votes or 31.85 percent and Palamand collected 5,789 votes or 30.72 percent.

“The county needs help, the County Council needs help and the 6th District needs a lot of help,” said Burns. “I want to help it get better. It’s worth saving and worth helping.”

The COVID-19 pandemic and expanded early voting challenged the candidates’ ability to connect with voters.

“I’m a brand-new candidate. I’ve never ran before and I was going against two individuals with a large amount of name identification … I also think that the absentee ballots played a big impact on this election,” Lange said to The Call. “… I wasn’t able to reach people quickly enough.”

For Palamand, social distancing made it hard to meet face-to-face with constituents and answer their questions and concerns.

“I missed standing in front of groups, taking questions and telling them why I felt I am the right person for the job,” Palamand said.

Burns, who worked on the congressional staff for U.S. Rep. Richard Gephardt in the 1990s and the staff of U.S. Sen. Claire McCaskill from 2007 until 2010, said that his history of public service in the South County area puts him at an advantage over Trakas in the upcoming November election.

“People know me. They see me in the grocery store, they know they can talk to me and that I’ll listen. … I get things done for constituents and if I can’t get it done, I give them a reason why,” Burns said. “I was born in Affton. I’ve lived in the same area for 72 years. … A lot of people know me and know that I’m involved. There’s a term — selfless public service. That’s what they know me for.”

Burns is also a former Affton Board of Education member, where he served for 12 years, as well as a former alderman for the city of St. George, which has since been disincorporated.

All three candidates said that a top concern for many 6th District residents was economic development in the area. In fact, Palamand said a large part of the reason he ran for the Democratic nomination in the first place was because of the possible economic fallout from COVID-19.

“I made the decision (to run) late because of the coronavirus. I saw a trainwreck coming. The county never recovered well from the last recession,” said Palamand. “It really could be the same thing this time and St. Louis County is going to continue its downward trend.”

Despite their losses, both Lange and Palamand said they plan to remain involved in the South County community, even if they are not entirely sure what that looks like at the moment.

“This is just the beginning of my desire to be involved. I’ve been a little bit involved in the Democratic clubs in South County but I want to expand that out into some of the groups and the citizens on the grassroots level,” said Lange. “I want to get involved in Board of Education meetings, charities … I’ve only lived in South County for five years so this was … a great way to build a foundation. I met a lot of people.”

Palamand is also not a stranger to being involved in South County. He served on the Mehlville Board of Education for nine years, including three terms as president and two terms as vice president.

“I do think St. Louis County is struggling. Crime is increasing and the population is slowly decreasing. Major local corporations are openly talking about expanding into other parts of the country,” said Palamand. “Those are warning signs that the future may not be so bright. I plan to stay active and do what I can to help reverse those trends, although exactly what that looks like I don’t know.”

Burns spoke well of his primary opponents and said that if he is successful come November, he thinks that both of them will be beneficial in providing ideas that can be used to better South County.

“I think they’ll have ideas that can be used for the county that help us be better,” said Burns. “I look forward to this as a challenge to help the county be better. … Constituents want more openness. They want their county councilman to listen to them. They want to have a voice so that they’re listened to.”