Diehl says OK of agreement with Noble 'right thing to do' 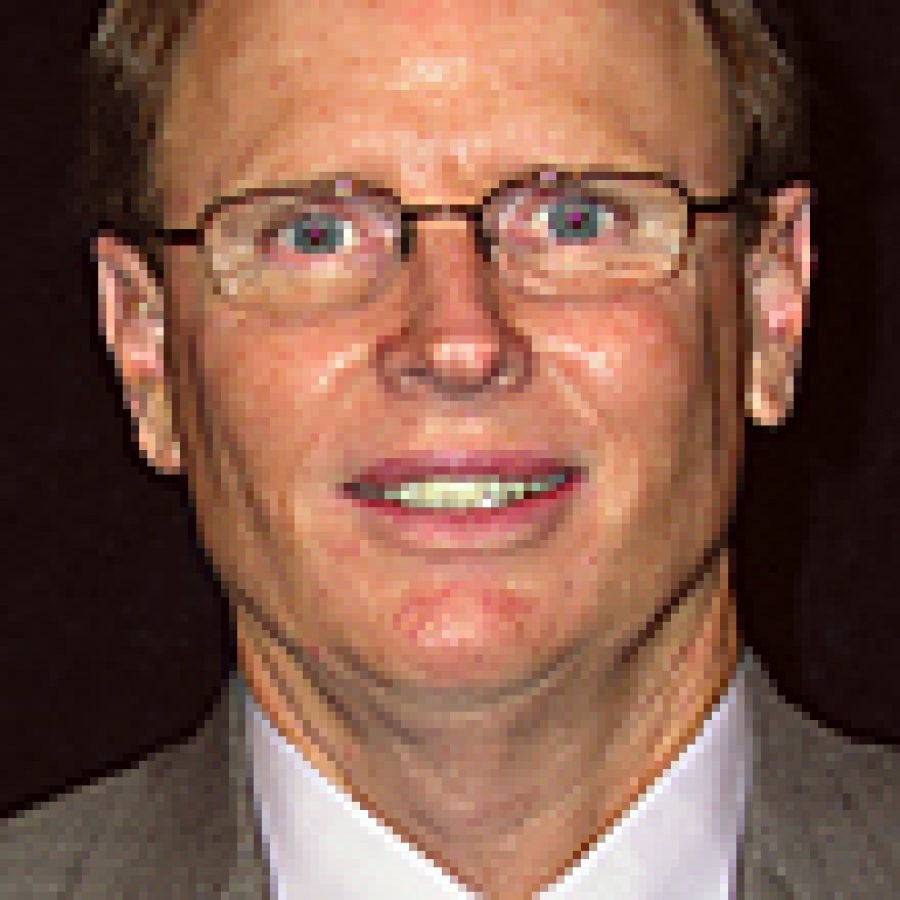 “I’m humbled by this contract,” Noble stated in a district news release. “When I came here three years ago, I knew this was a big job. The only way I know how to do a job of this size and importance is to establish challenging and far-reaching vision and goals, then work as hard as I can to make vision become reality and make goals become accomplishments.

“In Mehlville,” he added, “I’ve had a lot of help — from our board, from our staff, from our parents and from the support we receive from the entire community.”

Noble, 58, became the district’s superintendent on July 1, 2007, under a three-year contract. He initially was paid a base salary of $165,000 for the 2007-2008 school year and received 5-percent base salary increases each of the next two school years.

Under the terms of the three-year agreement approved last week, Noble will receive board-paid health, dental and vision insurance for him and his spouse. He also will receive a $100,000 term life insurance policy provided by the district.

The agreement also states Noble, who currently lives in De Soto, will receive a one-time allowance not to exceed $10,000 for moving expenses if he purchases a home within district boundaries.

In addition, the board will set aside $25,000 in an interest-bearing account, payable to Noble if he remains superintendent through the end of his contract, according to the agreement. If he doesn’t, he will forfeit the $25,000 and the accrued interest.

Under Noble’s previous three-year agreement with Mehlville, the board placed $10,000 in an interest-bearing account, which will be paid to the superintendent on June 30, 2012.

Board President Tom Diehl told the Call that Noble could have retired from the district June 30 and earned most of his current salary in retirement benefits — under the state’s retirement system — because of his more than three decades’ experience in Missouri public schools.

Therefore, Diehl said, the school board had to “make it worth Terry’s while to stay with us.”

“He would’ve lost money to continue working at the same rate,” he said, adding, “Terry wants to be in Mehlville, and the entire board just feels that it’s the right thing to do for our students.”

Had Noble decided to retire, the district would’ve had to shell out “upwards of $40,000” for a superintendent search — and probably pay Noble’s successor a similar salary, Diehl said.

In March 2006, shortly after former Superintendent Tim Ricker submitted his resignation, the board hired the Missouri School Boards Association to conduct a superintendent search at a cost of $14,500, plus expenses not to exceed an additional $1,500.

“It would be a gamble,” Diehl said of having to replace Noble. “We would lay out the same kind of money plus what we’d have to invest in a search, and have no guarantee we’d get someone as good as Terry.”

Under Noble’s leadership, the district has improved student performance; increased teacher and administrator accountability; overcome financial challenges without a tax increase; and strengthened its relationship with the community, said Diehl, who lauded Noble as the “hardest working superintendent in the area, if not in the state.”

“It’s an investment well worth taking,” he said of Noble’s renewed contract. “It may not be popular, but it’s the right thing to do.”

The board also voted 7-0 to re-employ Assistant Superintendent of Human Resources Lisa Counts for the 2010-2011 school year. She will not work full time, but 0.6 time.

For now, all six administrators will be paid their 2009-2010 salaries unless the board approves pay increases for them by July 1.

Regarding his “no” vote on the two-year contract extensions, Palamand told the Call, “To the best of my recollection, in my three years of service on this board, we have never denied the request of any staff member who wished to resign. This district did not stand in the way of those who, either for personal or professional reasons, wanted to terminate their contract.

“With the lone exception of the superintendent, all other administrators and classified directors have one-year contracts. So, while I think we have a talented and dedicated group of Central Office administrators, I saw no advantage to the district in being locked into two-year contracts.”