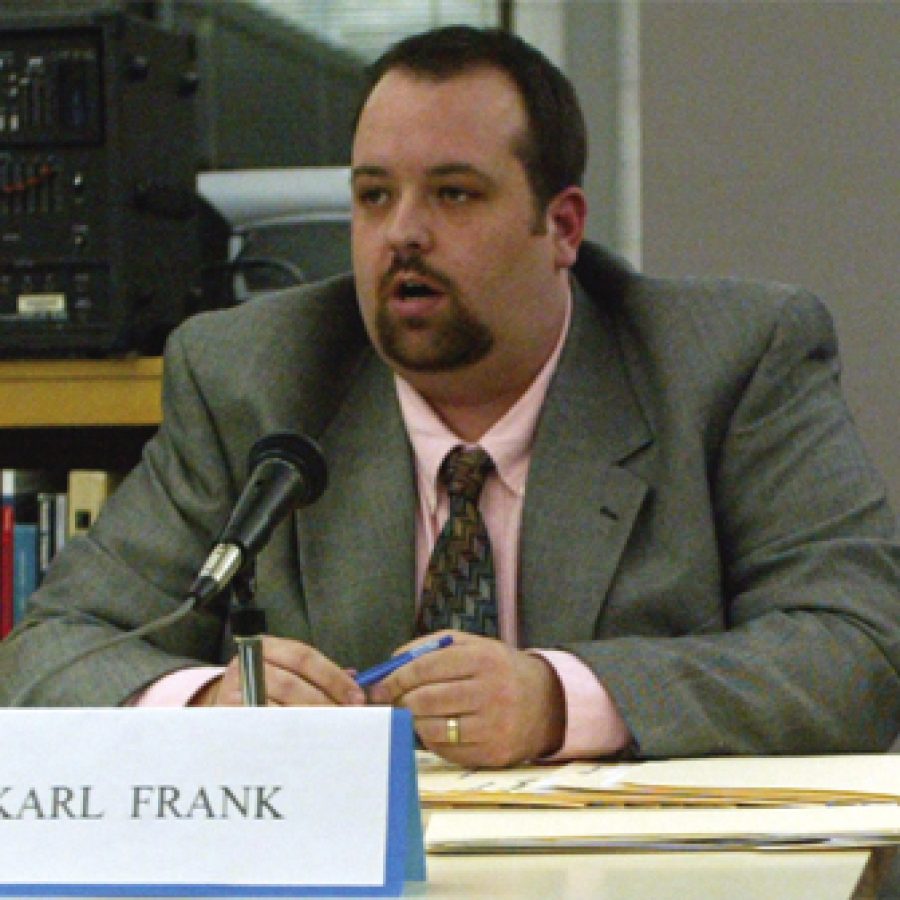 The Mehlville Board of Education voted 5-2 last week to in-crease the Proposition P districtwide building improvement program budget by $210,000 to more than $89.1 million.

The board’s action increases the cost of the Proposition P budget to $89,137,440 — a roughly 30.3 percent increase — more than $20.7 million — over the nearly $68.4 million building improvement program envisioned in 2000. District voters in November 2000 approved Proposition P, a nearly $68.4 million bond issue funded by a 49-cent tax-rate increase.

At the Dec. 15 Board of Education meeting, Stephen Keyser, the district’s chief financial officer, reviewed information regarding the budget adjustment, which he said would be the final budget revision, that he previously had shared with the Prop-osition P Oversight Committee.

“As I told the Oversight Committee a couple weeks ago, this report includes what we believe to be all final expenses, plus purchase orders for expenditures of construction projects of Prop P …,” Keyser said.

District officials recently conducted an open house at the John Cary Early Childhood Center to mark the conclusion of the Proposition P districtwide building improvement program. The Early Childhood Center, Bernard Middle School and a new Oakville Elementary School were constructed as part of the districtwide building program, which also included improvements at every Mehlville school.

Though the district marked the conclusion of the Prop-osition P program, some roofing improvements will continue over the next few years so that all of the roofs on district buildings will not have to be replaced at the same time in the future.

During the board meeting, Keyser outlined the details of his recommendation to increase the Proposition P budget by $210,000:

While the cost of those items increased in Keyser’s budget recommendation, the cost of doors and windows was re-duced by $160,700, resulting in an increase in the total budget of $210,000.

Planning for Proposition P began in late 1999 with the establishment of the Citizens’ Advisory Committee for Fa-cilities. After nearly seven months’ work involving the participation of 3,500 community members, the committee recommended placing a $70.2 million bond issue before voters. The Board of Education fine tuned the CACF’s recommendation by trimming two items and voted to place Proposition P — a nearly $68.4 million bond issue funded by a 49-cent tax-rate increase on the November 2000 ballot.

Frank, who voted against the budget revision, told the Call, “… Basically at this point, I believe that my ‘no’ votes are mostly symbolic. The administration just keeps asking for more money and we keep giving it to them. In my eyes, the public approved 49 cents because we told them that is how much we needed to raise $68.4 million. At some point, we need to take this back to the public, and at some point, someone has to say ‘no,’ and that’s what I did.

“However, the ‘no’ vote, as I said, is purely symbolic because the administration knows they have the rubber-stamp ‘yes’ votes to get the money they want. After four budget raises, we’re at $21 million over budget on what was originally promised to be a $68 million project. I believe we need a real construction audit, similar to what the Metropol-itan Sewer District has been doing on their construction projects,” he said, referring to audits being conduct by Ernst & Young on the MSD’s Lower Meramec Wastewater Treat-ment Plant that is under construction in Oakville.

Frank last month cast the dissenting vote on accepting a Proposition P audit performed by RubinBrown, contending the audit “was a waste of $15,000.” While the audit showed no discrepancies in Proposition P revenue collected or expenditures made, Frank said he was unaware of anyone alleging that funds were missing. Furthermore, the audit did not explain why the cost of the Proposition P improvements increased by more than $20.7 million over the building program envisioned five years ago, he said.

Frank also reiterated his belief that Proposition P should be reviewed by an independent committee, though a majority of the board has rejected the establishment of such a panel.

“… Most of all, we need a district independent review committee to finally put Prop P to rest and to build credibility again in the eyes of the public,” he said. “They talked a lot about at the board meeting how great the Oversight Com-mittee was and how that was forward thinking, and I think that’s true. I think you need an Oversight Committee … We’ve had our prep committee with the CACF and we had our Oversight Committee, and now I think we need a review committee, independent of the district and community based, so we can find out what kinds of things went wrong and what kinds of things went right and make recommendations and board policy changes and just kind of get it out there in front of the public so we can finally put it to rest.”

Not putting Proposition P to rest, Frank said, will negatively impact Proposition A for academics, a 97-cent tax-rate increase the board placed on the Feb. 7 ballot. Frank voted against putting the measure on the ballot.

“… The fact that it was supposed to be $68 million and now that we’re close to $90 million and $21 million over, and the resistance of the administration to answer questions in any kind of straight manner has hurt the credibility of the Mehlville School District,” he said. “And so even though Prop P was facilities based and they’re asking for operations money for standard operations, people are kind of hesitant to give them a 97-cent tax levy because of what’s happened with Proposition P. So I definitely be-lieve that until they have a better answer or clearer answers as to what happened with Proposition P, they’re just going to go to the polls and they’re going to punch ‘no’ on anything we put in front of them. There just has not been any accountability and there has not been the transparency that is needed in a public institution.”

Leach, who also voted against the Proposition P budget increase, was unavailable for comment before press time.