Board upholds decision on New Balance 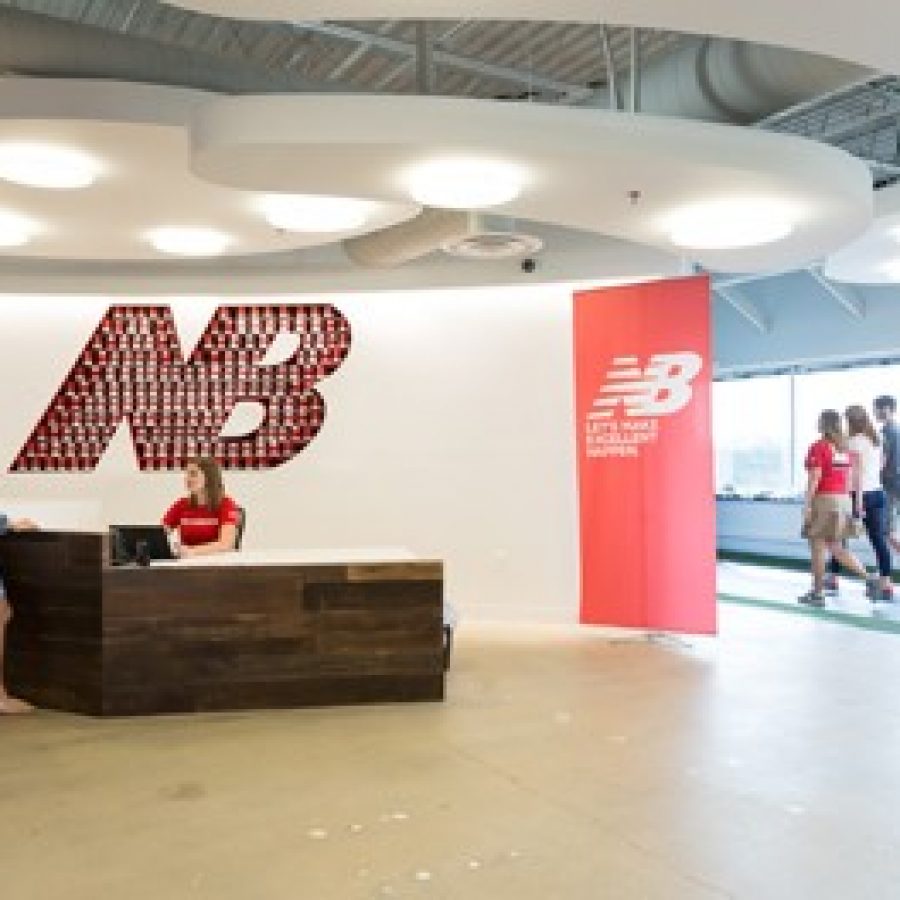 After touring New Balance Athletic Shoe Inc.’s office in Sunset Hills, the Board of Aldermen is satisfied that the company does not meet the city’s definition of a “merchant” and should pay taxes based on square footage rather than gross receipts of sales.

During a recent work session on the New Balance issue to address concerns brought to the board by resident Mike Hogan, aldermen said they are comfortable with the company’s reclassification to pay taxes on square footage, if not entirely comfortable with the way it happened.

“I was not (comfortable) before, but when we went on the tour and saw the business that you do there  you don’t have people coming and trying on shoes, you don’t have inventory that you sell there,” Ward 4 Alderman Patricia Fribis said. “I personally think it’s a square-footage business, and I would love to have New Balance stay in Sunset Hills.”

Aldermen were critical of the process that led Furrer and Jones to reclassify New Balance’s business license — a decision made after they met with company representatives in June, with no notice given to City Collector Michael Sawicki, the city’s Finance Committee or aldermen.

Although specific numbers of taxes paid by businesses in the city are typically kept confidential since they would reveal business profits, the shortfall in the city’s budget could be up to $57,000, the difference between the $65,000 in expected taxes from New Balance built into the 2014 budget and the $8,000 the company will pay for taxes based on square footage.

The office houses New Balance’s global digital presence, including marketers, web designers, photographers and a call center where customers can call for help with orders. It is not a sales location, and no one can walk in off the street and make a purchase. The closest warehouse is in Fenton.

Acting board President Scott Haggerty said he was initially a skeptic on the reclassification, but the tour convinced him that New Balance’s Sunset Hills operation is more of an office use than a merchant use.

“I’m just concerned that when this gets out, some others are going to come and say, ‘Gee, I’ve been paying too much,'” Conley said.

Ward 1 Alderman Richard Gau was the first city official to bring up the issue publicly, in August. The situation with New Balance indicates that the city needs updated ordinances to deal with Internet sales and electronic funds transfers, as well as its definition of “merchant,” he noted.

“To say that they’re not a merchant?” he said. “By any stretch, they’re a merchant. They sell shoes.”

Ward 1 Alderman Dee Baebler asked Jones if he reports to the mayor or to the aldermen, and Jones replied that he reports to aldermen by state statute.

Another businessman in attendance who pays taxes based on gross receipts, former Mayor Bill Nolan, noted that he was the chairman of the campaign to increase the gross-receipts tax in 1994 and that making an exception for a very large merchant now goes against what the citizens of the city have voted for and what other merchants already pay in gross receipts if they have businesses headquartered in the city.

Nolan, who owns Nolan Office Interiors, said he pays gross-receipts taxes to Sunset Hills on everything he sells, even if the product or customer never enters the city.

He gave an example of an office-interior project he just finished in Houston, Texas, in which the office was in Texas, the furniture was shipped straight from the factory in Tennessee, and yet he paid Sunset Hills taxes on his gross receipts from the project since his business is located in the city.

“Something’s seriously wrong in what you’re deciding. You’re taking apples and oranges and coming up with something different, totally different,” he told the aldermen. “You’re not asking (New Balance) to pay gross receipts on (their global sales of) $2.73 billion. You’re asking them to pay it on what they sell in the state of Missouri, because that’s the location in the state of Missouri on which they report and pay their sales tax. Anything else you’re doing changes everybody’s (situation).”