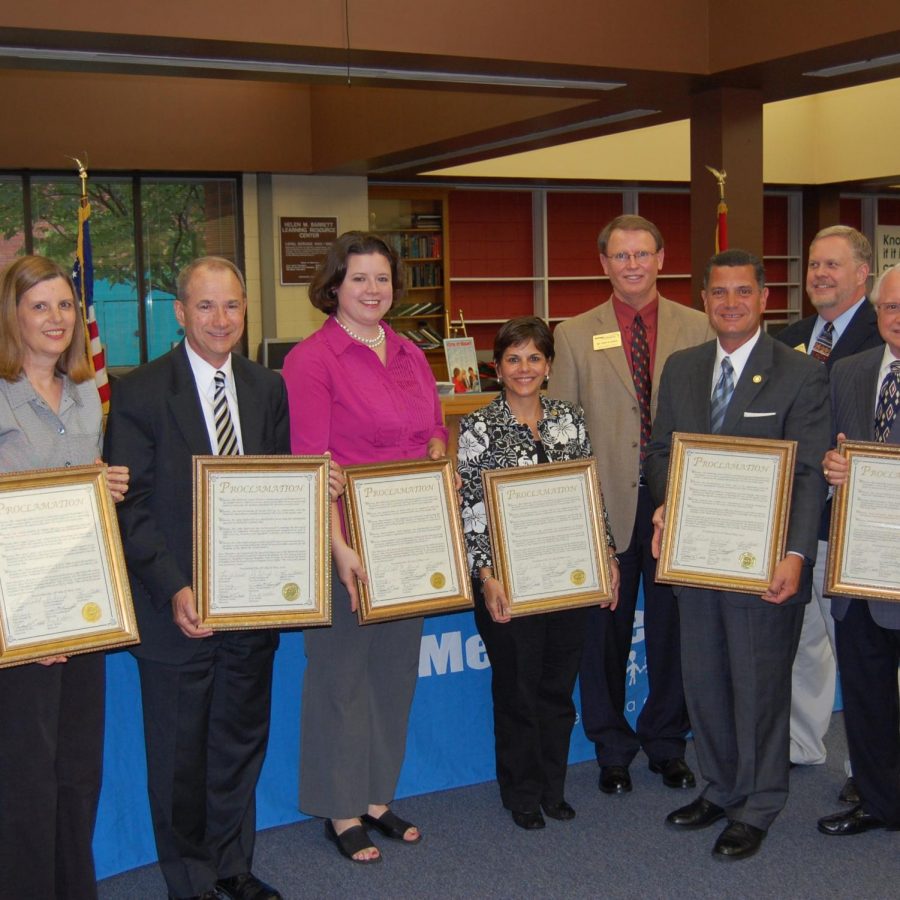 The Mehlville Board of Education last week honored two educators and four state legislators for their support when the district faced the prospect of possibly losing roughly $2.3 million in operating revenue.

Mehlville School District voters last November approved Proposition T, which will transfer roughly 31 cents per $100 of assessed valuation from the district’s debt-service fund to the operating fund. The measure will generate roughly $5.6 million annually for the operating fund. Prop T will not increase Mehlville’s overall tax rate, but will extend the district’s bonded indebtedness by 15 years — to 2029.

However, when district officials began working through the calculation form provided by the Missouri Auditor’s Office to determine Mehlville’s estimated tax rate for 2009-2010, they learned the calculation form would not allow the district’s tax rate to be rolled up to account for a decrease in assessed valuation. As a result of that calculation, the district faced the potential loss of roughly $2.3 million annually in operating revenue.

Officials from the Missouri Auditor’s Office insisted the calculation was correct based on legislation — Senate Bill 711 — approved by the General Assembly.

Mehlville officials were told they could appeal to the auditor’s legal counsel and ask for a review of the interpretation.

After the meeting, emergency legislation was filed should the district’s appeal fail.

In addition, Executive Director of the Joint Council on Tax Law Brian Schmidt, who wrote the language for SB 711, assisted with the district’s appeal by clarifying the intent of the law to the Missouri Aud-itor’s Office.

At last week’s Board of Education meeting, Noble and board President Tom Diehl presented proclamations to Urkevich, Cappos, Englund, Schoemehl, Lembke and Bivins “for their selfless and heartfelt support for our school district.”

The board also had a proclamation for Schmidt, who was unable to attend.