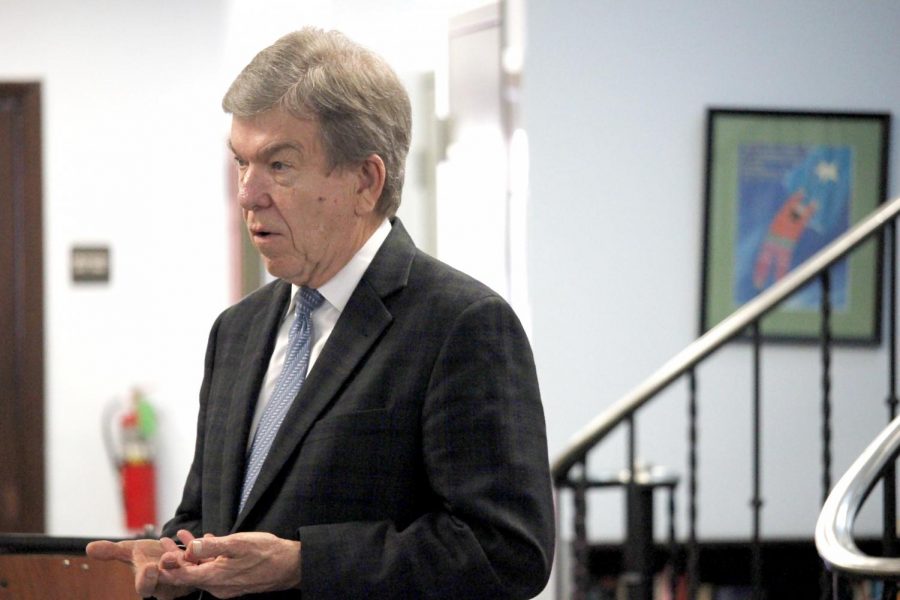 Republican Sen. Roy Blunt, announced his retirement March 8, and said that he would not seek re-election to his seat in 2022. Former State Sen. Scott Sifton, a Democrat, said earlier this year that he would be running for Blunt's seat next year, although it is unclear who his Republican challenger might be.

U.S. Sen. Roy Blunt announced Monday he will not seek a third term, a shock to Missouri’s political system that could set off a scrum to replace him next year.

Blunt was first elected to the Senate in 2010 and previously served as House GOP whip during his 14 years in the lower chamber. His decision not to seek another term follows similar ones by Republican Sens. Rob Portman of Ohio, Richard Shelby of Alabama and Patrick Toomey of Pennsylvania.

The list of Missouri Republicans who could jump into a primary is long.

Former Gov. Eric Greitens, who resigned in disgrace nearly three years ago, has made it no secret he is considering a run. He’s spent the last year trying to repair his image from the litany of allegations that drove him from office, ranging from violent sexual misconduct to stealing from a veteran’s charity.

Despite entering into a plea deal to avoid felony charges in 2018 that stipulated prosecutors had “sufficient evidence” to bring his case to trial, as well as his campaign being fined $178,000 in 2020 for violating state law, Greitens has argued he was exonerated from all allegations of wrongdoing.

Many Missouri GOP politicos look warily at a potential Greitens candidacy and its potential impact on the state and party.

There is no love lost between Greitens and U.S. Sen. Josh Hawley, who is rumored to be eyeing a White House run and is not up for re-election until 2024.

Hawley investigated Greitens in 2018 as attorney general and concluded he’d committed a felony. He also worked behind the scenes to push Greitens out of office.

A majority of legislative Republicans were prepared to impeach Greitens and remove him from office over allegations that he taped a woman’s hands to pull-up rings in his basement, blindfolded her, spit water into her mouth, ripped open her shirt, pulled down her pants and took a photo of her to use as blackmail to keep her from talking about their relationship

Despite all this, most believe Greitens maintains enough support among the party’s base that he could still emerge from a crowded primary.

Secretary of State Jay Ashcroft is considered a particularly strong candidate as well, should he decide to jump into the race, given his family’s long history in Missouri politics. Ashcroft has cruised to victory statewide twice — in 2016 and 2020 — and is the son of former U.S. senator, governor and U.S. Attorney General John Ashcroft. Editor’s note: Ashcroft announced Wednesday morning that he would not run for Senate; look for that breaking news later on The Call’s website.

One longtime Missouri Republican operative said Monday morning after Blunt’s announcement that Ashcroft “might be our only hope to defeat Greitens.”

Ashcroft released a statement Monday morning saying it was “imperative that Republicans take back the Senate in 2022.”

He said he and his wife will be “praying and talking to friends and family about how I can best serve the state of Missouri.”

U.S. Rep. Ann Wagner, who just won a resounding victory in her suburban St. Louis district last year, was considered a likely candidate to run for Senate in 2018 before Hawley entered the race and essentially boxed her out.

Other names bandied about as possible contenders include Attorney General Eric Schmitt, who discussed running for Senate in 2017 with leaders of the National Republican Senatorial Committee before Hawley announced he was entering the race.

Lt. Gov. Mike Kehoe is also taking a hard look at the race. Kehoe released a statement after Blunt’s announcement saying he and his wife “intend to spend some time talking with family, friends and supporters about how I can best contribute to the future of our great state.”

Edwards was among those who publicly considered a run for Senate in 2018.

As for the Democrats, former U.S. Sen. Claire McCaskill made it clear on Twitter Monday morning she has no intention of jumping into the race.

“To all that are asking: Thank you to the many who have said kind things,” she tweeted. “But I will never run for office again. Nope. Not gonna happen. Never. I am so happy I feel guilty sometimes.”

Same goes for Jason Kander, a former Missouri secretary of state who nearly unseated Blunt in 2016. He’d already ruled out a run in 2022.

“Always nice to be asked. Thanks,” he tweeted. “My decision not to run was never about who I’d run against.”

Kansas City Mayor Quinton Lucas told The Kansas City Star on Monday that he is considering joining the race.