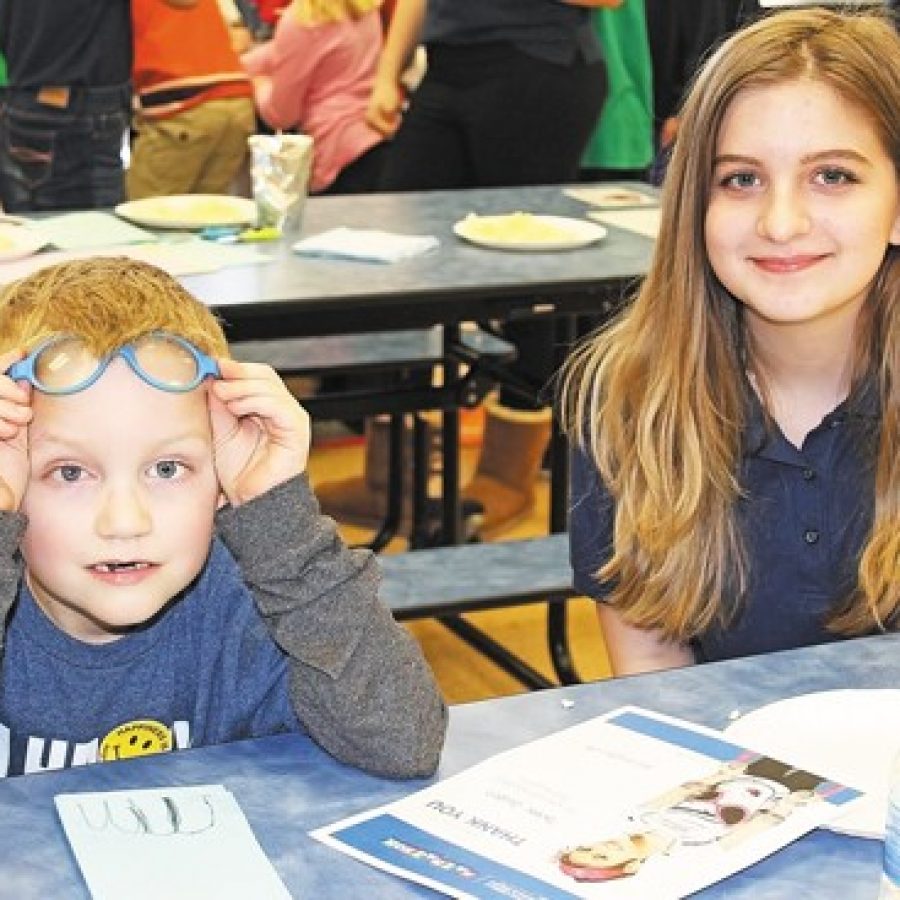 “We collect it all, count it and send it in. Then we have this celebration to distribute the prizes.”

“The kids who collect any amount of money get to come to this popcorn party where we make ‘get-well’ cards for patients at St. Jude,” Torretta stated. “They get to sign the banner and receive a certificate and T-shirts for collecting money.”

Students who raise $35 or more receive a St. Jude T-shirt, and those who raise more than $75 receive a backpack.

Blades students who took part in the Mathathon raised more than $1,000. Since their fundraiser in October, Washington Middle School students have collected more than $3,000. Torretta said their efforts have raised about $18,000 since 2007.