Better Together withdraws merger plan due to statewide vote, Stenger 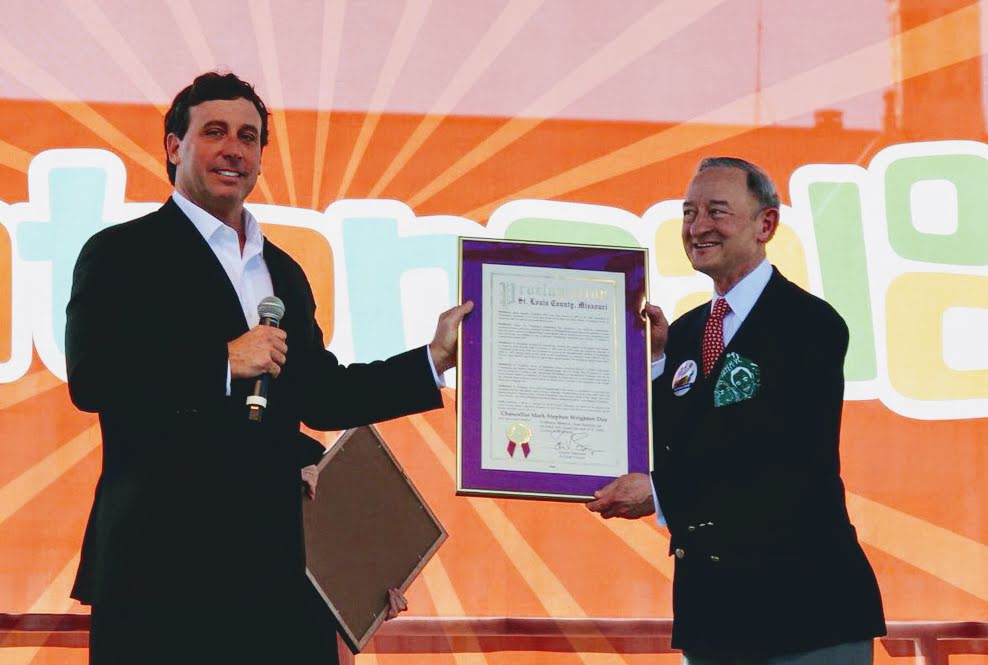 A city-county merger for St. Louis is off the table, for now anyway.

Better Together’s campaign committee Unite STL announced Monday it is withdrawing its petition for a statewide vote on a merger in November 2020 and will go back to the drawing board to figure out a legal way to make a merger happen with a local vote rather than a statewide one.

Under Better Together’s plans, St. Louis city and St. Louis County would become one “metro-government” with a population of 1.3 million and 590 square miles. Municipalities like Sunset Hills and neighboring Crestwood would lose powers such as policing, zoning and the ability to collect sales tax. Cities could stay around as “municipal districts” which would be funded by property taxes instead of sales tax to provide services such as trash, fire departments, parks and other amenities.

Unite STL Chairman Mark Wrighton, chancellor of Washington University, said merger backers proposed a statewide vote because that was the only way to override sections of the Missouri Constitution that mandate that cities over a certain population have a police department or courts.

They will now pursue ways to change the law so that the merger can happen with a local vote of St. Louis County and St. Louis city.

“This will take longer,” Wrighton said in the news release. “But, together with local leaders, we are seeking to create a new government that will serve people today and future generations. We have a responsibility to get this done, and do it right, even though it is hard and will go through unexpected twists and turns.”

The announcement comes in the wake of former County Executive Steve Stenger’s Friday guilty plea to federal corruption charges of bribery and theft of honest services. After an April 25 indictment of Stenger was unsealed April 29, Unite STL released a statement that the merger was “unaffected” but that the indictment indicated the need to reform and streamline government.

But now, Unite STL says the accusations against Stenger caused a backlash against the merger effort. He had been a key player in the proposed merger.

“The corruption in St. Louis County government also disrupted Unite STL’s efforts,” Wrighton said. “Some people viewed it as proof that local government must change, while others believe the former county executive’s involvement tainted the process.”

When Better Together announced its plan Jan. 28, Stenger was the centerpiece of the proposal, set to serve as the first “Metro Mayor” of the new 1.3 million-population “metro city” with the four-year term he just won as county executive extended for two more unelected years so that he would serve through 2025. The amendment even contained a clause that the metro mayor would be whoever served as county executive Jan. 1, 2019, so Stenger would have been the metro mayor even if he was thrown out of office or resigned.

After federal prosecutors served a subpoena on the county March 21, Better Together Executive Director Nancy Rice announced that the petition would be changed to minimize Stenger’s role in the new government, with the unelected two years taken away in favor of an election at the official start of the new city in 2022. And the “metro mayor”/county executive who would serve equally alongside the “transition mayor,” St. Louis Mayor Lyda Krewson, during the two-year transition would be whoever was county executive Jan. 1, 2021, instead of Stenger automatically.

Wrighton pledged to work with Krewson and new County Executive Sam Page to come up with a new proposal to streamline government. Page said in a statement that the conversation is an important one, but he had several reservations about the proposal all along, including the statewide vote.

“I am encouraged that Better Together pulled its proposal today,” Page said. “It shows they’re listening. I hope that future efforts at reform will be built from the ground up, engaging community leaders, the African American community, the Municipal League and other stakeholders.”

Proponents of the merger said it would streamline and cut costs for government by centralizing police and courts while still allowing current county municipalities to continue to exist as “municipal districts” to oversee parks and trash.

The merger originally gave more weight to county officials, transferring the county executive, county prosecutor and county assessor to the new government for the first two years, while dissolving the St. Louis Board of Aldermen entirely and not transferring any city offices.

But with Stenger facing a possible three to four years in federal prison for bribery, theft of honest services and mail fraud, that approach has less appeal, Wrighton acknowledged.

Even with the role of “King Steve” minimized, however, pushback on the statewide vote never stopped. Even supporters of the merger said they didn’t agree that voters in Chillicothe or St. Joseph should get a say on local government in St. Louis.

Many county cities have lobbied instead for a Board of Freeholders process backed by the Municipal League.

Some polls have indicated the merger would be overwhelmingly rejected by voters in St. Louis County and St. Louis city. Merger backers said they believe it would pass locally. But the statewide vote raised the possibility that even if local voters rejected the merger, they would get the government they rejected anyway if voters in outstate Missouri wanted it.

To prevent that from happening, state legislators in the Missouri House last week overwhelmingly backed a resolution for a constitutional amendment voters could consider in November 2020, the same time as the merger, that would require two votes to pass for any new governments or mergers — a statewide vote and then a local one.