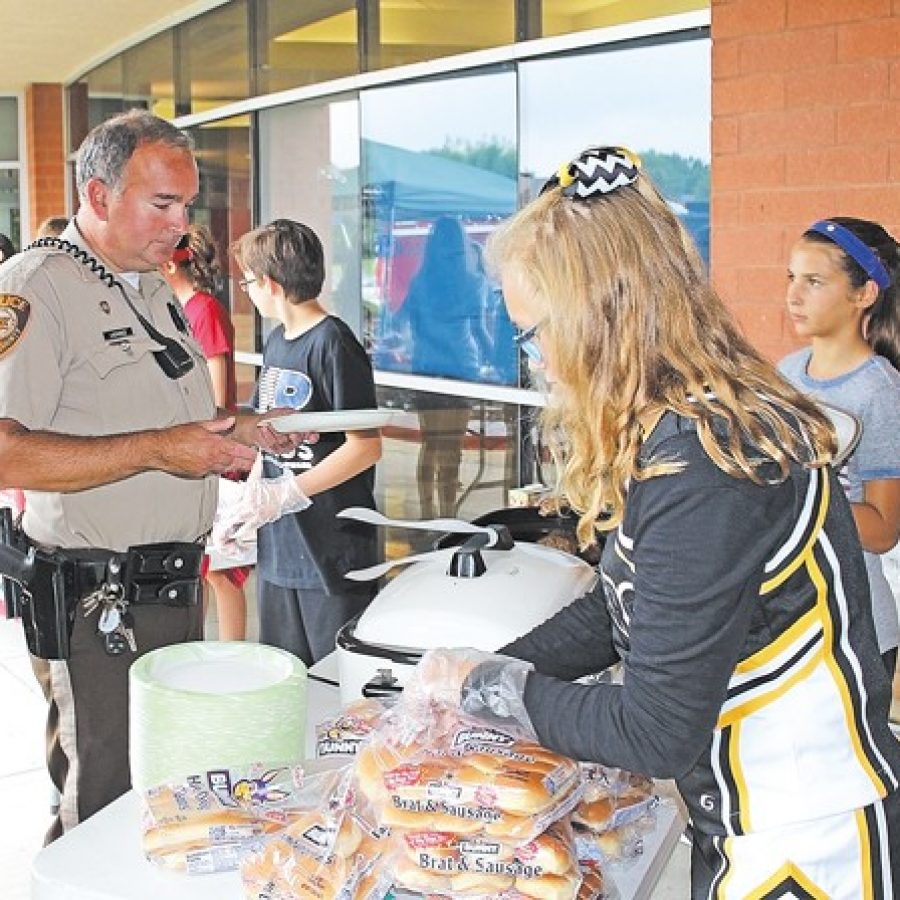 Dozens of police, firefighters and military members were the guests of honor last week at Bernard Middle School in Oakville for the Student Council’s annual First Responder Barbecue to mark the 15th anniversary of the 9/11 terrorist attacks. Since 2011, Bernard Middle School students and staff have provided lunch to first responders at the barbecue in honor of their service to this country.

Dozens of police, firefighters and military members invaded Bernard Middle School Tuesday, Sept. 11, as the student council hosted a First Responder Barbecue to mark the eleventh anniversary of the 9/11 terrorist attacks. This is the second year for the barbecue. Students, staff and volunteers provided a lunch of burgers, hot dogs, chips and drinks for the men and women who protect our community on a daily basis.