Beloved Oakville Elementary teacher had a secret: She had survived the Holocaust 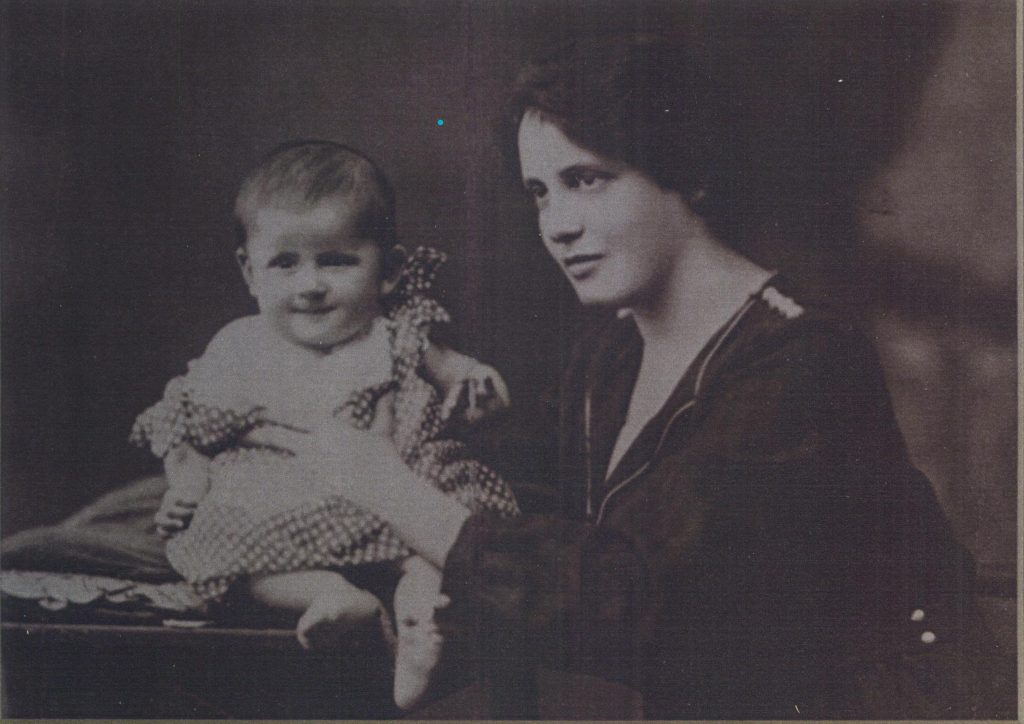 Noemi Ban and her mother Juliska pictured in 1922. Photo courtesy of the Holocaust Center for Humanity in Seattle.

Noemi Ban, a beloved Oakville Elementary teacher who later became an internationally renowned speaker about how she survived the Holocaust, died this month.

Ban, 96, had lived in the Seattle area since the 1990s, after being named the Mehlville School District Teacher of the Year in 1980. In recent years, various Mehlville Board of Education members had tried to honor her both for her 16-year service to Mehlville and the nearly 25 years she since spent as a speaker on the Holocaust, even writing a book aimed at sixth graders about her experiences.

“Although it was her generous heart that gave out in the end, that heart touched our community and many other communities worldwide,” her family wrote in her obituary.

She is survived by her two sons Steven (Janis) and George (Pat), six grandchildren and eight great-grandchildren.

Born to a Jewish family in 1922 in Hungary, Ban’s mother Juliska Schonberger realized in advance the anti-Semitic atmosphere that was rising out of Nazi fascism and insisted that her daughter learn a manual skill that could help her if the country sank into totalitarianism. Ban learned to become a seamstress.

Four of Ban’s family members — her mother, her grandmother, younger sister and younger brother — were immediately sent into the gas chamber when they arrived at Auschwitz. Ban was sent to a different line from them, which saved her life.

Her resilience helped her survive her time in the Auschwitz death camp and the Buchenwald labor camp, where her obituary said she helped sabotage Nazi bomb making. She also survived a death march to a third camp, where she and some friends managed to escape.

When the war was over, she reunited in Hungary with her father, Samu Gabor.

But fascism was again rising in Hungary after the war, so Ban and her husband Earnest emigrated to St. Louis, where she learned English. Her teaching career at Oakville Elementary spanned the 1960s to the 1980s. It was the start of her lifelong efforts to educate young people.

“She was a very popular and beloved teacher at Oakville Elementary,” former student Paul Robnett told the Mehlville board June 12, 2014, asking them to honor the former teacher in some way. She was his teacher in the 1979-1980 school year.

Among her students at Oakville was former Board of Education member Rita Diekemper, who wrote on a memorial Facebook page, “Best teacher ever. Felt so fortunate to have her as a teacher. She taught so much about life!”

Robnett said he would like the district to honor Ban for her time in the Holocaust, because it wasn’t widely known at the time she served in the district.

“I will always remember her for helping a kid with ADHD before it was a thing,” wrote Mark Ocallaghan. “Thank you and rest in peace. (Class of 68-69).”

Some of her former students — both male and female — said she taught them to crochet, a nod to the seamstress skills that got her through the Holocaust. And in a preview of her later speaking career to audiences around the world, she told them how she survived fascism.

But she only told her students about how she, her husband and her sons escaped the rise of the Soviet regime in Hungary, not about her earlier escape from the Holocaust.

“What she kept pretty secret until many years later was that she was a Holocaust survivor,” Robnett said.

And in stark contrast to her earlier secrecy, she later became an outspoken advocate about the Holocaust, promoting the power of love and tolerance to overcome even the worst hardships.

After moving to Seattle in 1982 to be closer to her son and his growing family, Ban became well known in the Pacific Northwest as a Holocaust speaker at schools and Western Washington University, even meriting a Wikipedia entry. She published her book “Sharing is Healing: A Holocaust Survivor’s Story,” and a professor made a documentary about her, “My Name is Noémi,” that documents her return to Auschwitz for the first time since the war. She spoke to audiences as far away as Europe and Taiwan.

“Life is precious. Life is wonderful. I love life and I refuse to give in to hate,” she said at those events.

When her former student Robnett talked to the Mehlville board, he emphasized that she never stopped teaching.

“She’s continued her education, just in a different format,” he said. “‘Sharing is Healing’ — that’s a big part of her message, how important forgiveness is and that hate is a prison that she was in for a long time.”

Robnett said he had recently talked to Ban: “She is alive and well, and at 92 years old she still is a public speaker… She doesn’t get around like she used to, but she’s doing well. She’s a joy to talk to.”

Robnett said he hoped the district carries on Ban’s message, “not just name a building after her, but carry on her message and legacy and use it as a teaching tool.”