Bayless looks at all-virtual school for first quarter of year 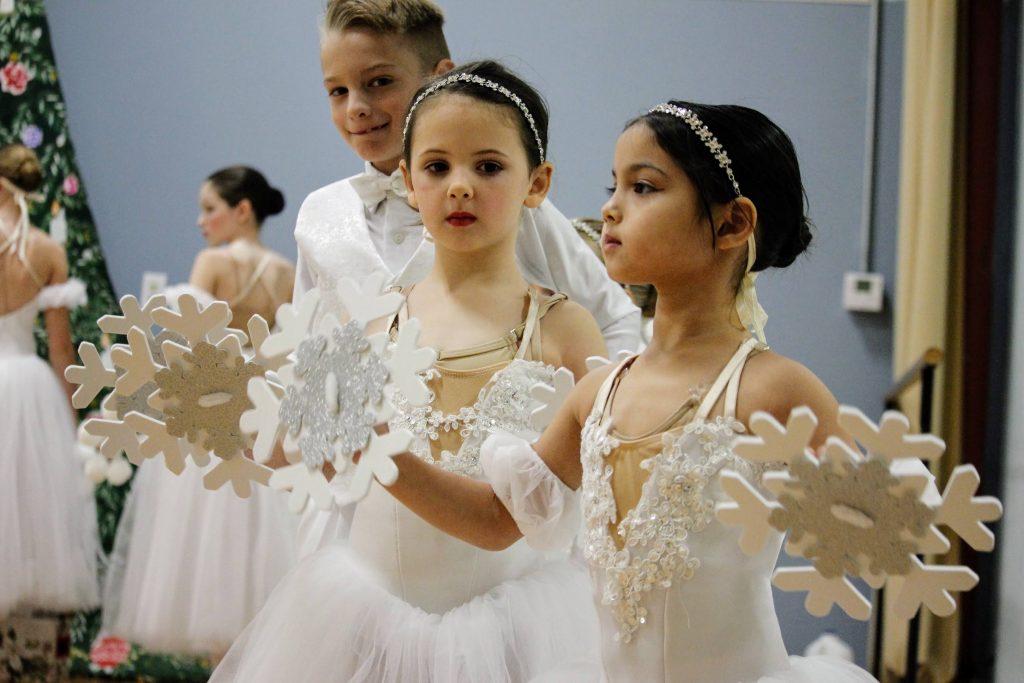 Students at Gateway Dance Conservatory rehearse for the studio’s first full-length production of Tchaikovsky’s ‘The Nutcracker’ in Pacific Nov. 23, 2019. Gateway is a nonprofit studio that meets at The Pavilion at Lemay and provides underprivileged dance students with scholarships and other financial aid, as well as inclusionary classes for students with special needs. Gateway performed ‘The Nutcracker’ in December 2019 at Bayless High School. Photo by Erin Achenbach.

As coronavirus cases in the St. Louis region continue to climb, the Bayless Board of Education will vote at a special meeting Wednesday night whether to begin the 2020-2021 school year with all-virtual school.

The Bayless School District board will hold a special meeting at 6 p.m. Wednesday, Aug. 5. At the meeting, board members will decide if the upcoming school year should begin 100-percent virtual and also whether to postpone the start of school until Monday, Aug. 31, a week later than the currently scheduled start date, to give teachers more time to prepare virtual lessons.

At the urging of health officials, most St. Louis County schools have already announced in the last week that they will begin the year online. Kirkwood was the first in the county to do so, while the Affton School District was the first in South County. Hancock Place School District, which had initially said that it would offer the option of either five days a week in-person or online learning to families, said Tuesday that the district would instead begin the year 100-percent remote. Most districts released initial plans July 20 and have since reversed course, although some districts like Lindbergh and Rockwood are still saying they will offer a blended in-person/virtual option for students, with two days face-to-face learning and three days virtual.

But Bayless never announced a plan, deciding to wait to see the data to decide.  Mehlville was also undecided and will also meet Wednesday night to make a decision, with a special meeting taking place at 6:30 p.m. Wednesday, Aug. 5.

Bayless Superintendent Ronald Tucker said his recommendation to the board to begin the year virtually came in large part due to County Executive Sam Page, a physician who won election in the Democratic primary Tuesday night and “has been pretty vocal” in saying that he would like to see county school districts offer a virtual option. The St. Louis County Department of Public Health sent a letter to all school districts last week urging them to decide on a virtual option due to rising cases.

“We offered our parents early on the option of a virtual academy or if they would like they could send their children to school for in-person instruction,” said Tucker in an interview with The Call. “Unfortunately increasing COVID cases and, in large measure, recommendations from St. Louis County Health, we felt it is in our best interest to begin with a virtual start.”

Tucker’s recommendation will be up for vote Wednesday night by the school board, which Tucker expects to be in favor of the remote start, although he is unsure if it will be unanimous. The board will also vote on whether or not to begin the school year Monday, Aug. 31, a week later than the currently scheduled start date Monday, Aug. 24.

“Early on we were hopeful that we would be able to do five days a week but on July 20, when we sent out communication along with all other county school districts, at that point we were already thinking we were going to do a hybrid model,” said Tucker, which would consist of half the students attending certain, alternating days.

About 35 percent of the district enrolled in its virtual academy when it was first offered to families in July, so the district had plans to pursue virtual options regardless.

Tucker added that a number of faculty did want to return to face-to-face learning, although the teacher’s association had indicated it would prefer a virtual start.

“This isn’t an easy decision for any of us. This is tough. For our parents and for our students. No one wants to start a school year like this,” the superintendent said. “I don’t think anyone would desire to start a … year like this. I do suspect the board will approve this recommendation. It may not be unanimous and I would understand why – this is a tough decision.”

Beginning the semester a week later will give teachers the time to receive further professional development training on best practices for virtual instruction.

“What we did last spring … we referred to that as ‘e-learning’ but it was really probably emergency learning. We were thrown into a situation where we had to immediately begin providing online instruction,” said Tucker. “I think in terms of training for teachers, expectations for students and parents, we will be able to provide a more rigorous and relevant virtual experience.”

Virtual instruction can most likely be expected through the first quarter, which ends Oct. 23. Hancock and Affton have also indicated that virtual learning will probably last through at least the first quarter as well.

“It’s going to depend on what’s occurring with COVID-19 and the St. Louis community. If it declines significantly before the end of the first quarter and if the county health department indicates it’s safe to do so, Bayless may pursue a rolling entry prior to Oct. 23,” Tucker said. “We are hopeful that we will be back in school this semester but it really depends on the community spread of COVID in the county.”

The district has technology for students who might need it, such as Chromebooks and mobile hotspots for students who might not be able to access WiFi. A number of students in the district own their own computers, Tucker said, but the district can provide a computer to a student if they do not have one of their own. Students in early grades such as kindergarten through second may not be using a computer necessarily for virtual learning but other ways to provide instruction.

“I just really want to underscore that the vast majority of our faculty and staff really want to get back to school. We have a great campus. We have great things planned for our kids this year,” said Tucker. “We really, really hope we get to the opportunity to work with our kids on campus much sooner rather than later.”