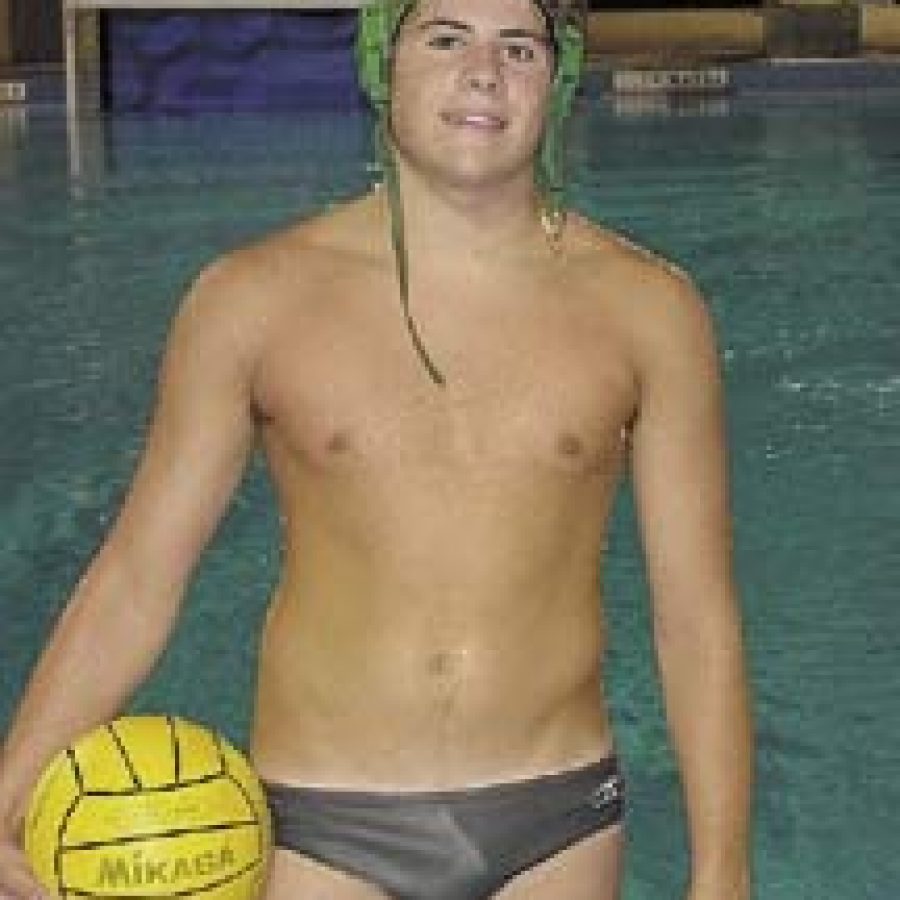 Back in the days of the Wild West, the infamous gunslingers evoked a fear that now is of legendary status.

Sam Lape, a member of the Lindbergh High School water polo team, may not carry a six-shooter on his hip, but he does have the ability to strike fear in his opponents.

Last season Lape was the area’s deadliest scoring threat with 98 goals and 24 assists.

The Suburban West Conference “Player of the Year” also was the only junior selected for the All-Metro team.

“Sam’s gotten better and better every year,” Lindbergh Head Coach Tim Lombardo told the Call. “He’s always been able to score and we just hope that he continues to improve the other parts of his game like swimming, defense and passing. He’s probably the most versatile player on the team.”

Lape, like his head coach, believes that this may be one of the better Lindbergh squads ever fielded.

“I think we’re going to be really competitive this year,” Lape said. “Last year, most of the private schools had their strong showings, but I think that it’s our turn for the public schools to come out on top.

“I think that our team is definitely going to be one of the top four this year and we definitely have a good shot at winning the state title. I just want to help out the team with my talent and just try to make everybody on the team better,” he added.

The son of Steve and Gerrie Lape actually got into the sport of water polo through his cousin Jared Hancock.

Lape began playing for the St. Louis Gators during the summer of his freshman year in high school and now has evolved into one of the hottest water polo players that the area has seen.

In the off-season, Lape was able to travel to California and Florida with the U.S. Water Polo Association’s Midwest zone team. He also played in the Junior Olympics in Orange County, Calif., which turned out to be a good learning experience for the Flyers’ top scoring threat.

“I got a lot of good experience there that I didn’t have before,” Lape said. “Hopefully I will have improved on my skills more than most of the kids around here.”

Corey Miller, head coach of the Gators, noted that Lape is more than a goal scorer, but also is a player the other team members look to for leadership. Miller also believes that Lape has the skills to play at the college level.

“Sam’s very positive with all the kids on the team and really encourages them to be a better player,” Miller said. “He’s a hard worker and the kids really pick up on his work ethic. I think he’ll make a good driver at the college level.”

Lape though is much more than just a water polo player. He’s a member of the Big Brothers and Big Sisters program through the Lindbergh School District in which he tutors middle school students.

He’s also looking in to becoming a member of the National Honor Society and eventually would like to become either a teacher/coach or work in the pharmaceutical industry.

“A lot of people, including my mom, are saying that I should go into teaching since I’m really good with kids,” Lape said. “I wouldn’t mind being a teacher or a coach at the college level. I’m also interested the pharmaceutical industry and Cal State-Long Beach has a pretty good pharmacy school.”

Lape and the Flyers begin their quest for a state championship on Sept. 2 as they play Kirkwood in the Founders Cup Tournament at Clayton’s Shaw Park.

The Kirkwood match is slated for a 4 p.m. start.