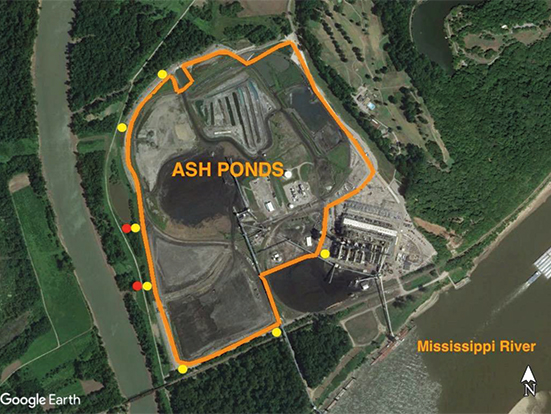 The Meramec Energy Center's ash ponds as seen from above, in a depiction from the Sierra Club. 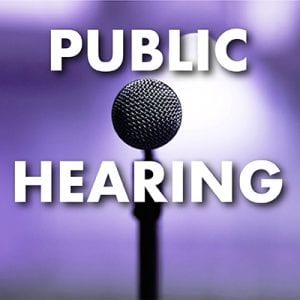 Ameren Missouri is hosting a public meeting today, May 30, at the Cliff Cave Branch of the St. Louis County Library, 5430 Telegraph Road, 63129, to gather feedback about plans to deal with coal ash waste at its Meramec Energy Center power plant. The hearing will take place from 2 to 4 p.m.

The purpose of the meeting is to gather feedback on a corrective measures assessment, or CMA, at the Meramec power plant. The United States Environmental Protection Agency, or the EPA, requires utilities like Ameren to gather public feedback before rolling out regulations under the “Disposal of Coal Combustion Residuals From Electric Utilities” rule. Ameren is required to a hold a public meeting for the CMA about each of its energy centers — the Meramec power plant, the Sioux power plant in West Alton, the Rush Island power plant in Festus and the Labadie power plant near Labadie.

The Missouri chapter of the Sierra Club is organizing local opposition against coal ash, which contains heavy metals like arsenic, mercury and lead, and is urging residents to attend the meeting.

Ameren said it published its CMA to its website here. The company says that it will take comments on the plan in person at the public meetings or electronically at CCRcomments@ameren.com.