Construction of auditorium ahead of Nov. 1 finish date 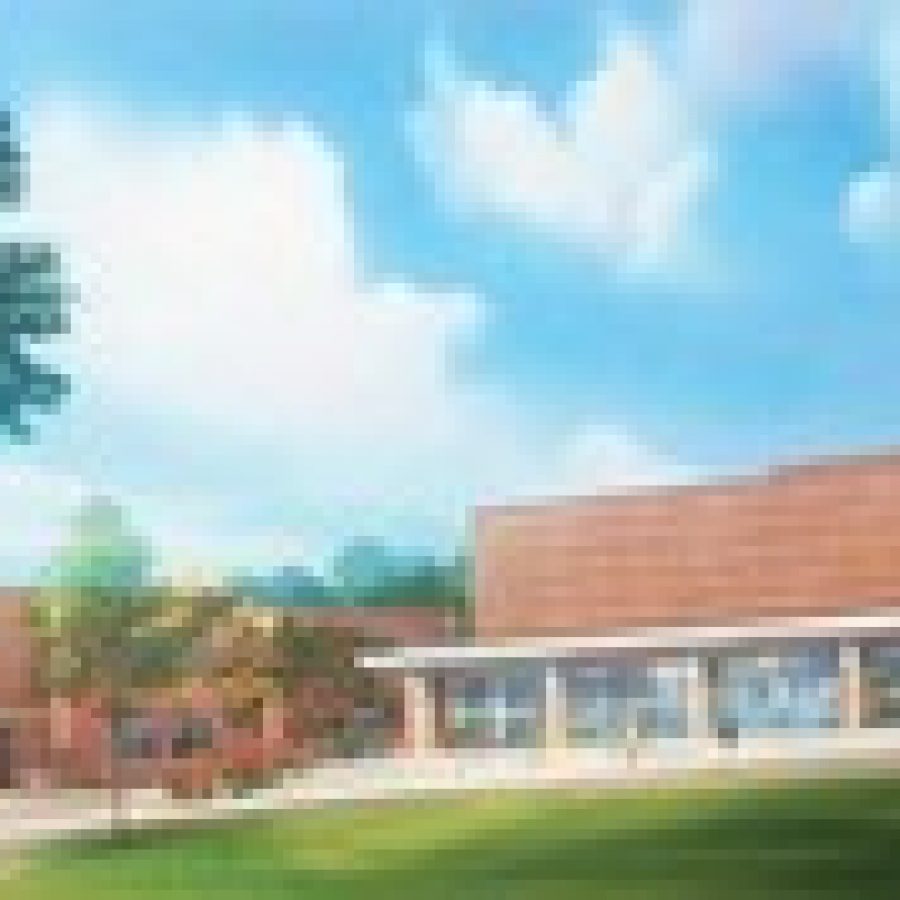 This is an architectural rendering of the Mehlville School Districts new auditorium that is being constructed on the Mehlville Senior High School campus.

With construction of the Mehlville School District’s new auditorium under way and under budget, Superintendent Eric Knost plans to recommend the addition of two alternates to the project that total $142,500.

Knost told the Call he will recommend the connecting corridor, $99,000, and gypsum board on the interior auditorium walls, $43,500, at the Board of Education meeting at 7 p.m. today — Jan. 10 — at the Mehlville Senior High School Library, 3200 Lemay Ferry Road.

The connecting corridor, according to information provided to the board, “will allow interior travel between the main building and the auditorium.”

Knost believes “the gypsum board will be a better finish for aesthetics as well as acoustics,” according to information provided to the board.

The aforementioned alternates — and others related to sound equipment — were presented to the board in October when it approved Wright Construction’s base bid of $5,134,000.

At that time, Knost requested approval of the alternates be delayed.

A contingency of roughly $300,000 has been kept alive, according to Knost, by “holding off on alternate bids.”

“That was by design,” he said. “We planned it that way to where we had alternates fully expecting we’d be able to add them …”

The superintendent also said $145,000 was budgeted for soil remediation and the district has “only had to use about $2,000.”

“The way I view this it’s the best of all worlds,” Knost said. “The alternates were there to keep the contingency alive while we felt we needed it.

“We’re marching forward and diminishing our need for the contingency, but in the process we’re going to be able to vote on and hopefully add — and I think the board will — the two biggest alternates and really still leave almost our entire contingency intact.”

Construction, which began in late October, is ahead of the school district’s publicized Nov. 1 completion date, according to Knost, who said the “biggest majority of the below the surface work” is complete and the foundation for the back wall was poured last week.

“By the board meeting (Jan. 10), we will be, all things considered, about 80 percent out of the ground, so to speak,” the superintendent said.