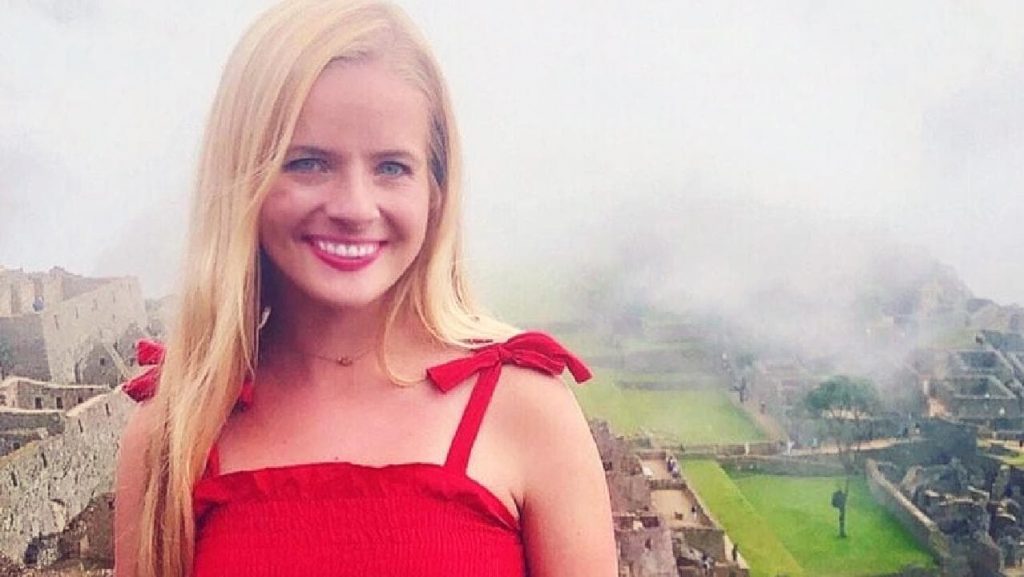 Ole Miss student Ally Kostial, who was from Sunset Hills and graduated from Lindbergh High School in 2016, was remembered in a vigil at the school Thursday night as a “beautiful soul” and positive force in the lives of nearly everyone she touched.

The body of Kostial, 21, was found near a lake about 20 miles from the Ole Miss campus last weekend. Brandon Theesfeld, 22, was charged with murder Tuesday.

But as the sun set at Lindbergh High Thursday night, the more than 100 attendees of a candlelight vigil focused on the life of the girl they had known, rather than the tragic way her bright life was cut short.

Most of the 17 speakers graduated with or knew Kostial at Lindbergh, where she was involved in cheerleading, running and other activities.

“If sunshine was a person, it would have been Ally,” said Hannah Bartz.

“She was a joy in all our lives,” another friend agreed.

The friends who spoke, one after another, relayed the good times they spent with Kostial in high school, when they remembered making T-shirt quilts and talking for hours, and sleepovers in elementary school.

“Everyone up here was her best friend,” Samantha Martin said after the vigil. “She was a great friend to everybody. She made everyone feel included, and she didn’t want anyone to feel left out.”

Nick Luitjens, 21, said he only vaguely knew Kostial until their senior year together at Lindbergh when they were both in an organization, Students on the Go, running in Forest Park. One day, he felt he just couldn’t finish, and Kostial sang a song with him the whole way to get him across the finish line.

She was also the only person who would play tennis with him, even though he wasn’t the greatest player.

“For her it wasn’t about keeping the ball in play, but sharing something that made her happy,” he said. “She lives on through all of us. That’s how she was — everybody was her friend, no matter how long or how much she knew you.”

Ben Pearly, 19, said he had known Kostial since they were toddlers, because his sister Lizzie was her friend growing up. Kostial convinced them all to join the Sunset Hills swim team.

“She wasn’t the best athlete, but she was the best person to be around,” he said, remembering a time when she was “dead last” in a competition and stopped during the race and smiled.

“It was such an Ally thing to do, I’ll never forget that,” he said.

Friend after friend said they will always remember her smile, which lit up a room. She was always smiling, they said.

One friend spoke of a memory from senior year that wasn’t memorable for what happened but just because “it was just a happy memory, smiling and laughing.”

Lauren Mueller, 20, said she remembered the time the two talked in Kostial’s backyard about life. She has never forgotten the advice her older, wiser friend gave her: “Never be afraid to be yourself… I’ll always remember that.”

One childhood friend said they lost touch in high school as the friend fell in with a different crowd, but when she didn’t have a date for prom, Kostial said she would ride with her so she didn’t have to show up alone.

“She would sacrifice anything to make the people around her happy,” the friend said. “And if you didn’t know her, you know her now, because that’s exactly what she was.”

Another friend said, “What mattered to her was making everyone else feel special. I will just cherish every second, every moment that was spent with her.”

The tributes continue at Lindbergh, where mourners have created a makeshift memorial at the high school’s sign, bringing flowers and photos. Attendees at the vigil wrote out messages on signs that will be given to Kostial’s parents, Keith and Cindy.