All St. Louis area libraries plan to reopen in March 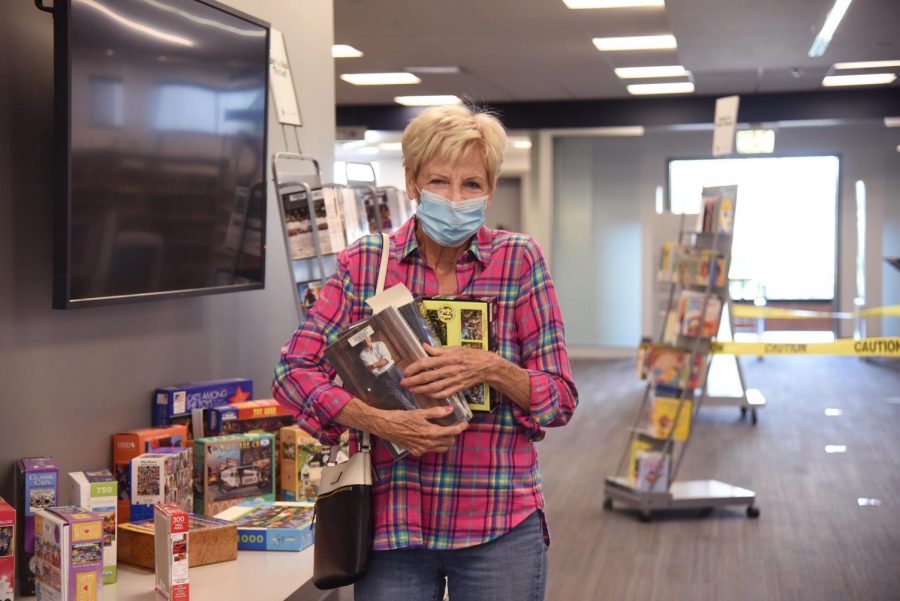 A patron picks up some books at the reopening of the St. Louis County Library's Daniel Boone Branch Library in Ellisville on June 19, 2020. Some areas of the library are sectioned off for social distancing.

The St. Louis County Library will reopen on an undisclosed date in March, after closing all libraries to anything except curbside since last summer.

The decision has been made in tandem with libraries from across the St. Louis region including the St. Louis Public Library and the St. Charles City-County Library, which will also reopen on undisclosed dates in March, the county library said Monday, March 1.

After completely shutting down during the initial COVID-19 stay-at-home order last spring, county library branches reopened with social distancing and limits on patrons in June, but closed again in August after a series of closures of branches due to quarantines and cleaning.

Even during the curbside-only phase of the library since August, some branches including Cliff Cave and Grant’s View have been closed due to COVID-19.

The most recent closure involved Grant’s View in February after a staff member tested positive for COVID-19. The branch was closed completely and reopened Tuesday, Feb. 23.