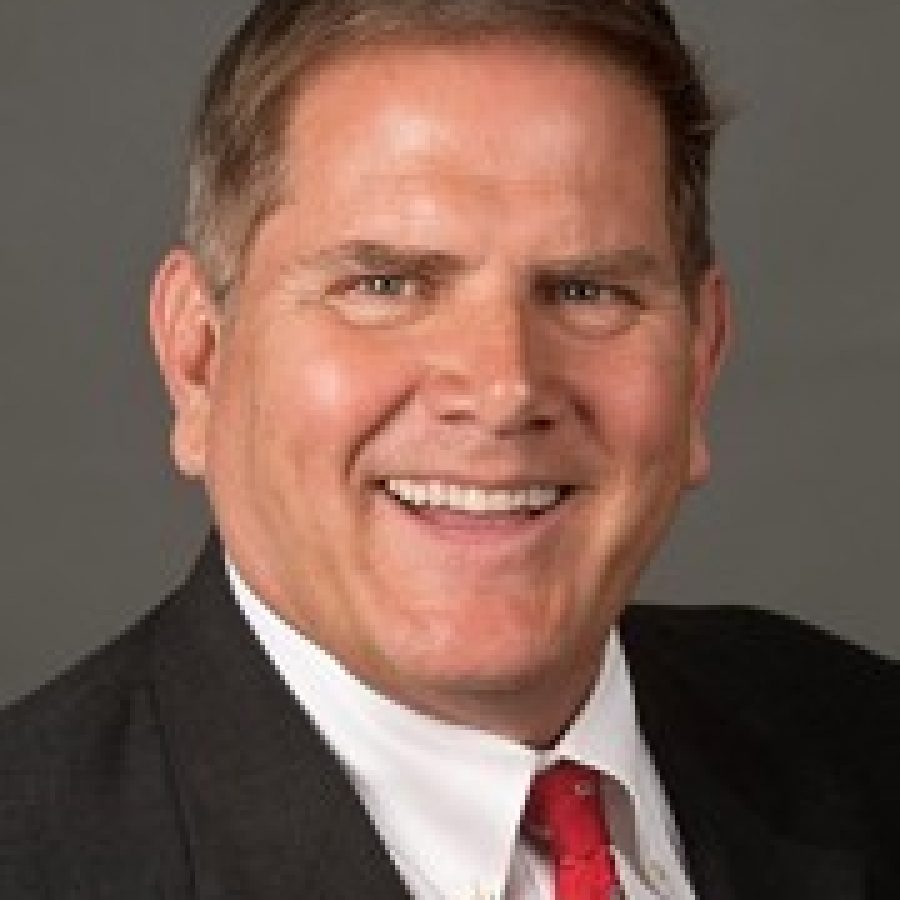 The potential impeachment of Mayor Mark Furrer is back on the agenda in Sunset Hills.

At Tuesday night’s Board of Aldermen meeting — which took place after the Call went to press — aldermen were set to consider a measure that could lead to a hearing on impeaching the mayor.

“I don’t know if all of us are 100 percent behind saying, ‘Yes, he’s got to go,’ but we do want to hear the evidence,” acting Board of Aldermen President Scott Haggerty told the Call. “I think if we basically call it, have this hearing and hear both sides, I think all of us can make a better decision. He’ll have his day in front of us.”

Furrer told the Call he was surprised to see back on the agenda a bill to hire an attorney who would advise the board whether grounds exist for his impeachment. The measure proposes to set a $25,000 cap on legal expenses this time around.

In December, Furrer broke a 4-4 tie against the same bill without a cap.

“They don’t want anybody to know what they’re doing,” he said of aldermen. “You know they knew about it before, but they wait till the last minute, slip it in, hoping nobody shows up at the meeting, and that’s the way they represent their citizens.”

The agenda for the meeting was released the Friday before the Tuesday meeting, which is typical of when the agendas for city meetings are posted.

If aldermen approved the ordinance for legal services Tuesday, attorney Mary Schultz of Chesterfield-based Schultz & Associates will give aldermen legal advice on whether Furrer can be impeached and how it would be done.

Along with the bill to hire Schultz, the agenda for Tuesday included an item simply described as “Articles of Impeachment (if applicable).”

Haggerty decides the agenda for meetings and said that if approved, that item would give 30 days’ notice for an impeachment hearing at City Hall where Furrer and aldermen could present their evidence and witnesses for and against his impeachment.

While Furrer described the $25,000 as a “minimum” aldermen would spend on impeaching him, Haggerty said Schultz does not believe her services on the matter would cost “anywhere near” $25,000.

The acting board president added that three residents have offered to pay the full cost of the city’s legal services toward im-peaching Furrer themselves.

The cap could address one of the primary concerns of aldermen who voted against the bill with no cap in December: that impeachment proceedings in Sunset Hills could cost as much and go on as long as the debacle in Ellisville to impeach Mayor Adam Paul. When aldermen first proposed impeachment, Paul wrote a letter asking them not to go down the impeachment road.

Although the bill to hire Schultz failed in December, a measure to add a way to impeach public officials into the city code passed 6-2, with Ward 2 Alderman Tom Musich and Ward 4 Alderman Donna Ernst opposed.

The majority of aldermen have twice written Furrer asking him to resign his seat, but he has declined. Musich has been the most vocal opponent of impeachment efforts, declining to sign either of the letters and voting against all impeachment-related measures. Ernst signed the first letter sent to Furrer in October, but did not sign the most recent request sent in December.

Unlike in Ellisville, where Paul was impeached on the advice of then-City Attorney Paul Martin, who is the former city attorney for Green Park, Schultz is involved in Sunset Hills because City Attorney Robert E. Jones told aldermen from the outset that it would be a conflict of interest for him to give aldermen advice on whether and how the mayor could be impeached.

Over a decade ago, Schultz served as the attorney for the Call.

Although aldermen have not publicly listed the reasons they believe Furrer should be impeached —which is one of Musich’s objections to impeachment — hundreds of city residents signed a petition calling for Furrer to resign after he was charged with two felonies in October.

A St. Louis County grand jury indicted Furrer in December on two felony counts of assault and property damage for allegedly intentionally hitting Fenton bicyclist Randy Murdick with his car July 29. Furrer denies that he hit Murdick and has long promised to “vigorously” defend himself when the charges go to trial.

During a pretrial conference with prosecutors and Furrer’s attorneys last week, St. Louis County Circuit Judge Thomas Prebil set a jury trial for Furrer on the charges for 9 a.m. Dec. 14, with Prebil presiding.

The charges could carry up to 11 years in prison if Furrer is convicted on both counts, but since he has no previous convictions it is unlikely he would serve jail time even if convicted. Missouri law prohibits convicted felons from serving in elected office.

Aldermen were also set to consider regulations on committee appointments, which Furrer has said go against city tradition and are targeted at him and the residents he wants to serve on city committees.

In January, Furrer made the first of what he promised would be a series of new appointments to city boards, appointing Steve Young to the Planning and Zoning Commission to replace Darlene Freber.

Since he was elected, Furrer had said he wanted to change out city committees that are populated with appointees of former Mayor Bill Nolan, but terms on some of those boards are just now expiring.

As part of that effort, Furrer promised last month to replace Nolan appointee Nick Dragan, who has served as the chairman of Planning and Zoning since 2012.

Furrer’s choice to replace Dragan as chairman of the planning panel, former Ward 1 Alderman Frank Hardy, was on the agenda to be considered Tuesday night.

Besides Hardy, Furrer is also seeking to appoint Ward 2 resident Tom Lynch to Planning and Zoning. Lynch would apparently replace Nolan appointee Nancy Goldkuhl, whose term is up and who represents Ward 2 on the panel. Lynch has been a frequent attendee at zoning meetings and has been critical of developments like the dog park across from his house at the Courtyards.

In emails to aldermen last year, Furrer also promised to replace longtime Police Advisory Board Chairman Frank Pellegrini, who has served in that role for roughly 25 years and whose seat is up for renewal in June.

After rumors surfaced that Furrer had publicly made statements supporting the outsourcing of the Police Department last summer, Pellegrini spearheaded an effort for the Board of Aldermen to clarify that only aldermen could vote to dissolve the Police Department or fire the police chief, not the mayor.